Enjoy whale watching in Antarctica on a WILDFOOT expedition.

One of the highlights of an Antarctic holiday is the opportunity for whale watching on a grand scale.

There are eight species of whale found in Antarctic waters, the Blue, Fin, Humpback, Minke, Orca, Sei, Southern Right and Sperm. Of these, the most impressive is the Blue Whale, weighing in at over 130 tons, the largest mammal ever to live on the planet and now gradually recovering in numbers after being nearly hunted to extinction. It is nevertheless still rare and the chances of seeing one when watching for whales are extremely unlikely. 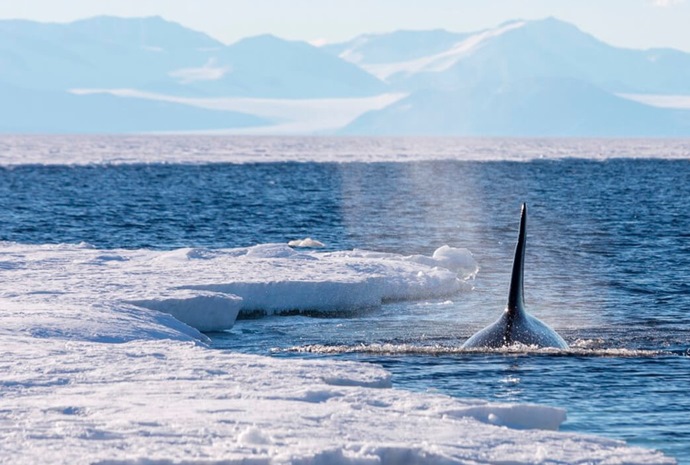 All Antarctic whale species migrate long distances, feeding in the cold, nutrient-rich Southern Oceans during the southern summer then heading to warmer northern waters to breed and give birth to their young during the winter months. Apart from the Orca or Killer Whale, these are all baleen species which feed on the rich krill (small prawn like animals) concentrations present in the summer. In contrast, the Orca is a toothed whale and ruthless hunter, feeding on fish, seals and even other juvenile or small whales. These whales often travel in packs or pods and are known to chase and herd their prey which is then consumed by pack members. 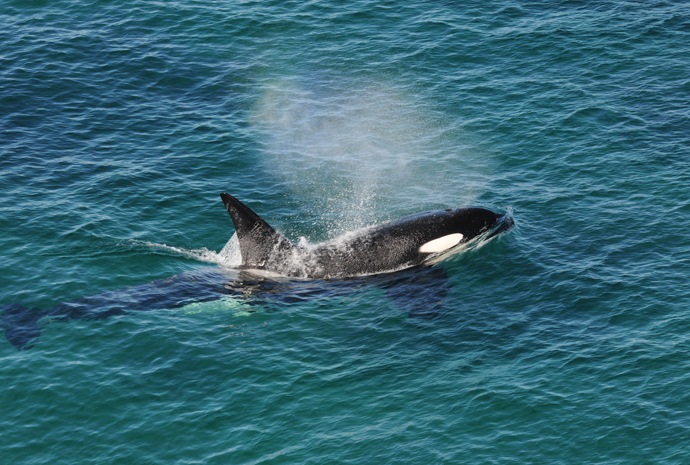 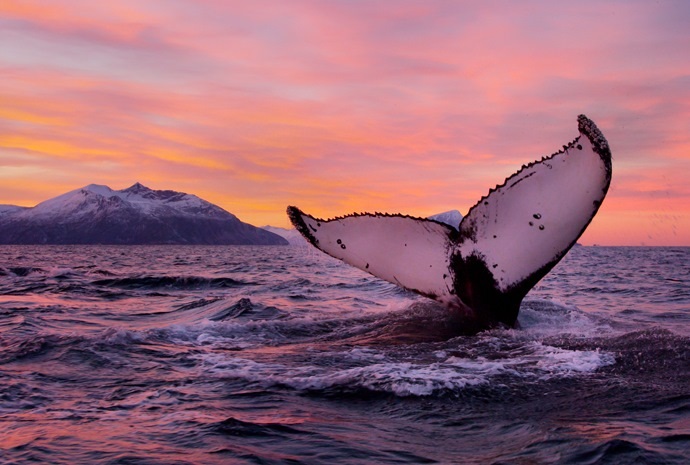 Some whale species, such as the Blue, travel alone whilst others also swim in large social groups or pods, for instance it is not uncommon to come across a pod of upwards of twenty-five humpbacks during the krill season. Whale watching opportunities are therefore plenty on an Antarctic holiday, especially chances to see Humpback Whales and Orcas, both of which travel in pods. The first sighting is likely to be a whale blowing and then perhaps the fluke or tail of a Humpback as it dives. Nothing compares, however, to the display of a whale breaching, hurling two thirds of its body out of the water in a cloud of spray and then falling back into the sea – whale watching at its best!

What is the best time of year for whale watching in Antarctica?

Whales can be found throughout Antarctica across the whole Antarctica cruise season (late October to March), however February and March are the optimal times for peak sightings. This is partly due to the fact that at this time of year the whales tend to gather together in large pods in preparation for beginning their migration north, meaning that observations of large groups at one time are very highly likely. The truly magical sight of hundreds of spouts of water projected into the air in unison from these majestic animals is a spectacle you are unlikely to forget in a hurry. Travelling to Antarctica in February and March also means that you may well be able to snap up an Antarctica cruise at a lower price than you would during the high season of December to January.

On an Antarctica whale watching cruise you are likely to enjoy observations from the very start of your journey, including in the Drake Passage and the spectacular Lemaire Channel, but any whale watching cruise should, and most likely will, have a focus on the whale hotspot of Wilhelmina Bay - known as ‘Whale-mina Bay’ due to the extraordinary number of whales found here feasting on the abundant levels of krill that is readily available to them. 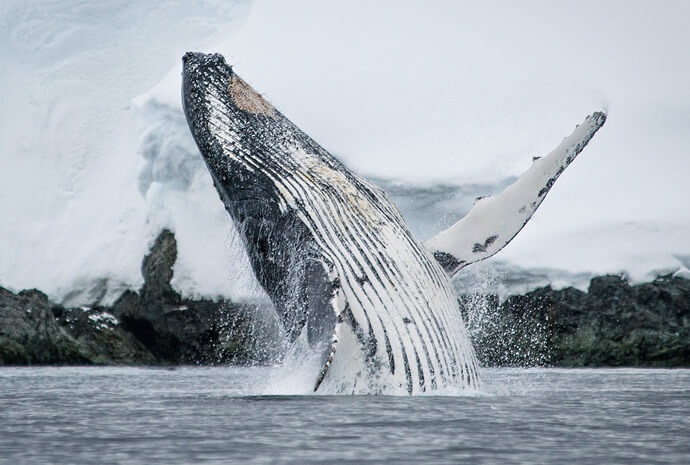 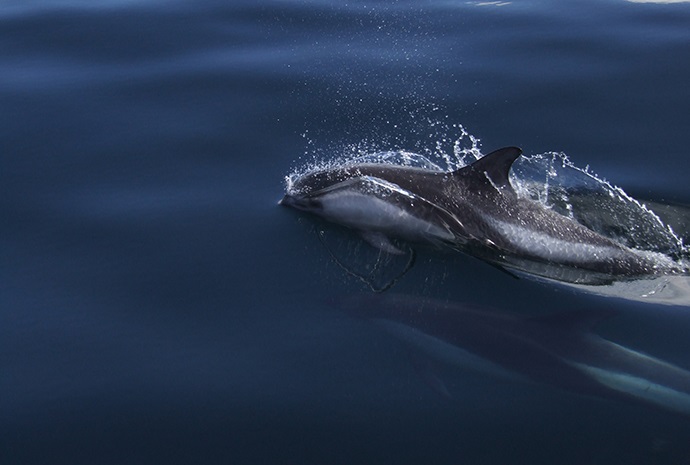 But it is not just whales that will be seen on your Antarctic adventure; the seas there are rich in other cetaceans. There are porpoises and three species of dolphin, the Hourglass, Peale’s and Commerson’s. Most visitors are unaware of the distinction before travelling to Antarctica but soon become enthusiastic about dolphins too when whale watching in Antarctica.

Whale watching, of course is not the only wildlife activity in Antarctica. Apart from other mammals such as the six species of seal, there are the numerous bird species..

Throughout the Antarctica season, from time-to-time certain operators will conduct special itineraries that are focused on providing help to scientific and non-profit organisations in their studies of marine mammal behaviours and populations. For those interested in participating in these studies or simply observing the scientists at work, these are exceptionally rewarding voyages. Taking nothing away from your Antarctica experience, your journey will be much the same as any other Antarctica cruise, but in the background these hard-working scientists will be gathering crucial data and research. These fascinating cruises feature numerous very special guests from various fields relating to whales, with informative talks and panels delivered throughout, allowing you to learn whilst contributing to the ongoing fight to ensure the survival of these majestic animals.

This also means that there will be a focus throughout your cruise on seeking out the best spots for whale observations and unrivalled opportunities for learning everything there is to know about Antarctica’s marine wildlife from those who know it best. 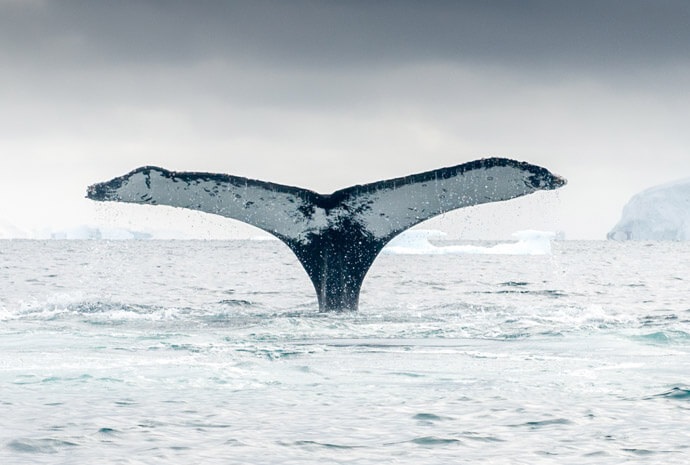 The White Continent with Nat Geo
No Single Supplement!*

Book now and the supplement for single usage of a double cabin will be waived!

Emperor Penguins Below the Circle - Luxury 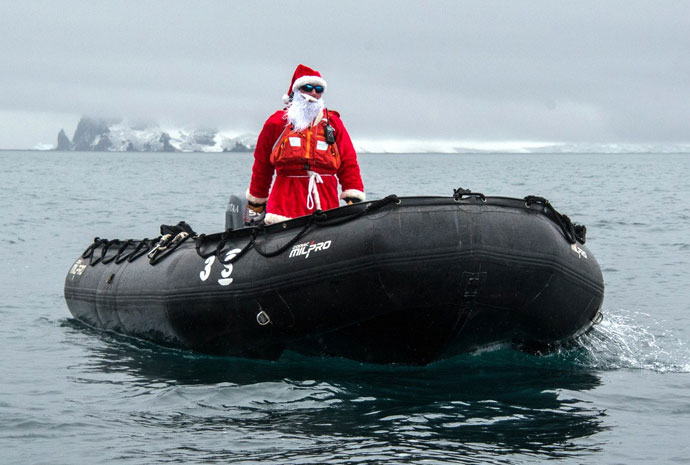 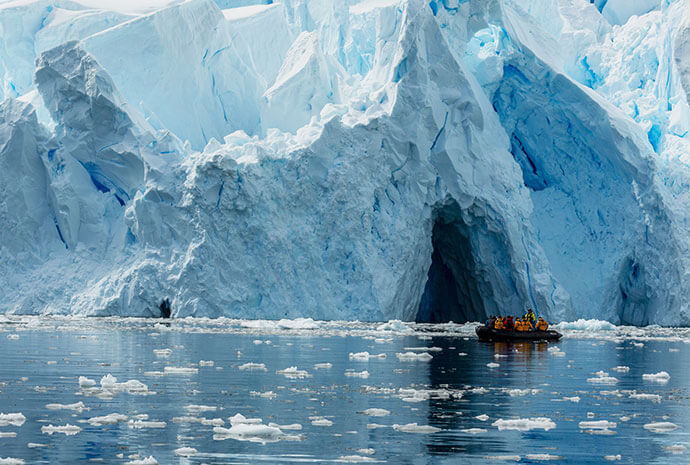