The city at the end of the world, the town of Ushuaia lies on the shores of the Beagle Channel, a community which depends variously on fishing, heavy industry and tourism for its livelihood. Take time out for a helicopter flight over the city and a half-day tour by narrow-gauge train into the Tierra del Fuego National Park.

Just one of our many suggested tour options

Founded in the late 1800s, it is the capital of the desolate, sparsely-populated, mountainous and windswept triangular island of Tierra del Fuego which lies to the south of the Magellan Straits. Ushuaia was one of later regions to be settled by immigrants, originally home to the kayak-paddling Ona and Patagon Indians who hunted seal and fish and daubed themselves in seal-fat during winter to ward off the sub-zero temperatures. Suggested optional tours include include: 'Ushuaia Helicopter Overflight' or 'Le’Cloche Mountain Top Landing'. 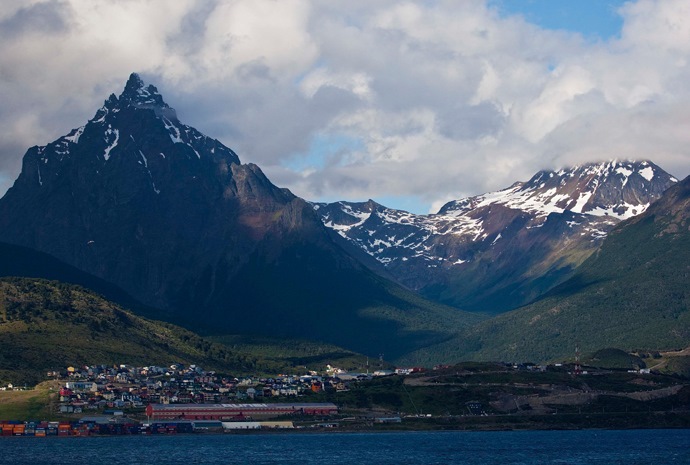 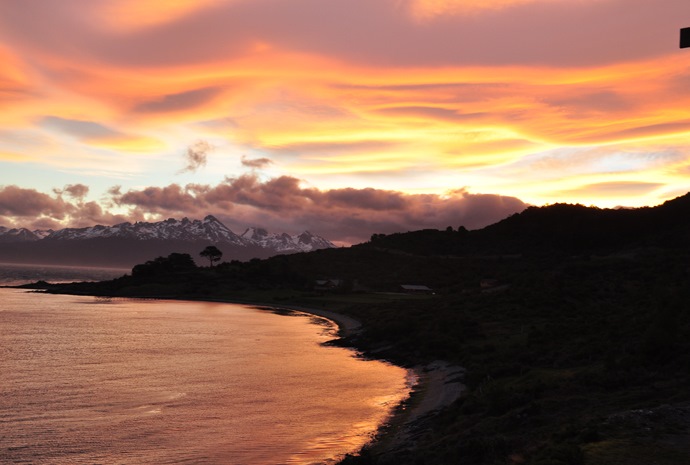 Enjoy breakfast at the hotel, followed by half day tour of Tierra del Fuego National Park including the End of the World Train, concluding with an afternoon half day boat tour along the Beagle Channel.

One of the two narrow-gauge tracks left in Argentina, the Ferrocarril Austral Fueguino used to ferry prisoners from the island’s prison stronghold into the National Park to fell and chop trees. The “Trencito de los presos”, the Little train of the prisoners departs from the Fueguino railway station (8 km away from Ushuaia) with the stationmaster’s shrill whistle and steams slowly along the Pipo river until it reaches the Macarena waterfalls. A native Indian camp can be viewed at this point, recreated on the basis of evidence provided by today’s descendants of the tribes as well as documentation left by the early settlers. The train continues into the National Park with its stunning views of Mount Susana, the Martial Glacier and the large swamp where the relics of the prisoners’ logging tasks can still be seen.

We get off the train at the National Park station and continue by bus exploring the depths of the 63.000 hectares of abundant wildlife: fire bushes, beech trees, ñires, box-leafed barberries, and flowers such as orchids and violets among others.

We follow a road across the mountains with chances to spot peat bogs and beaver dams before arriving at Lapataia River. Once we cross the river, we get a lovely view of Laguna Verde and the upland geese and ibis that come here every summer.

In Lapataia Bay we can explore the area where the first inhabitants of the Island left their testimony: the Yamana kitchen, an interesting archeological place. Before returning to Ushuaia we stop at Lago Roca, whose colour varies according to the weather. 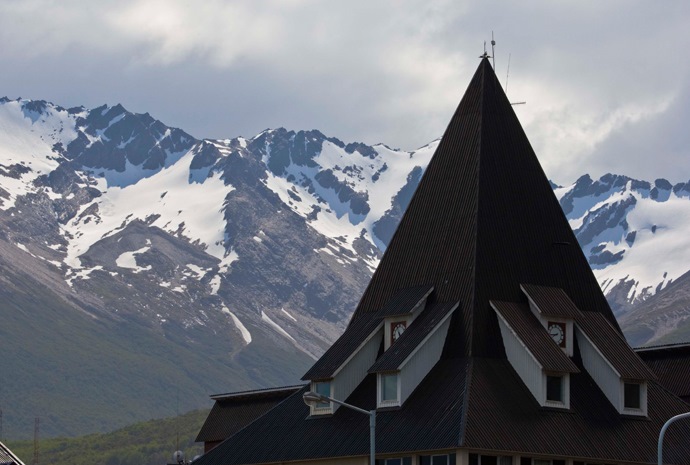 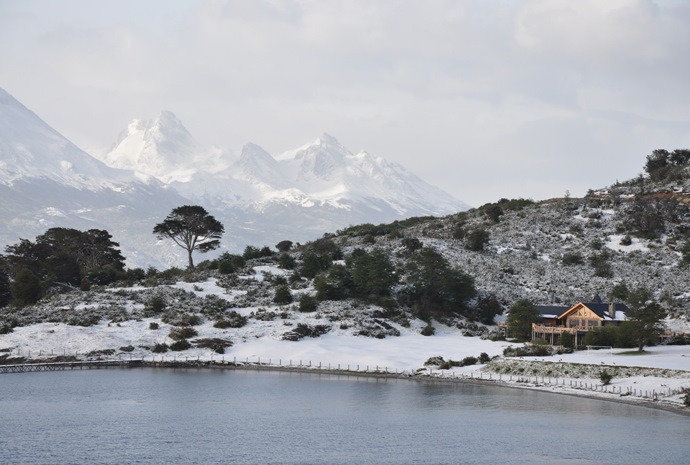 In the afternoon we transfer to Ushuaia pier to board the comfortable and speedy catamaran at the pier in the downtown area of Ushuaia which moves off along the Beagle Channel. The town is rapidly left behind and appears, map-like, spread out on the lower slopes of the mountain that rises behind it, topped by the Martial Glacier. The catamaran glides along the channel, out of the Bay of Ushuaia, past the estancias originally belonging to the first settlers set like miniatures against the towering grey mountain ranges.

Enjoy breakfast at the Hotel & then transfer from the hotel to Ushuaia airport. 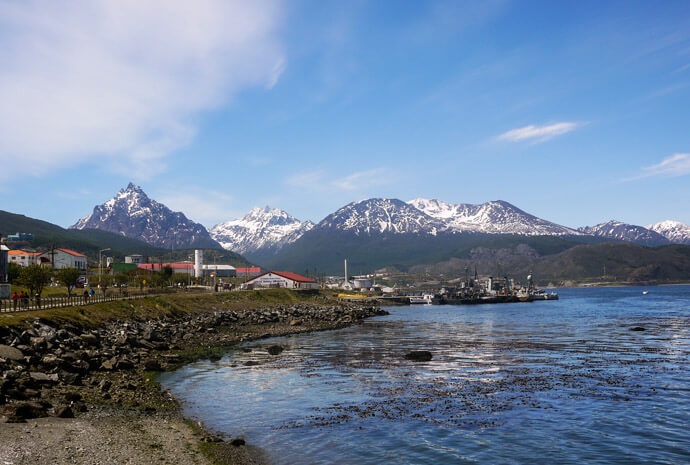 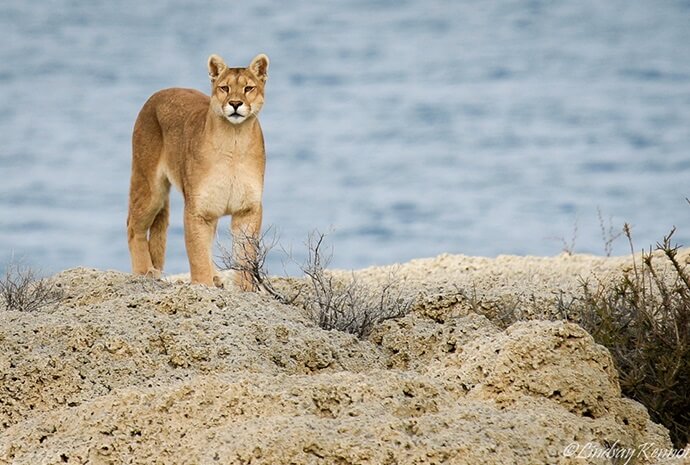 See pumas in the wild, marvel at incredible glaciers and discover authentic South America on this tailor-made tour to Patagonia, El Calafate and Bueno... 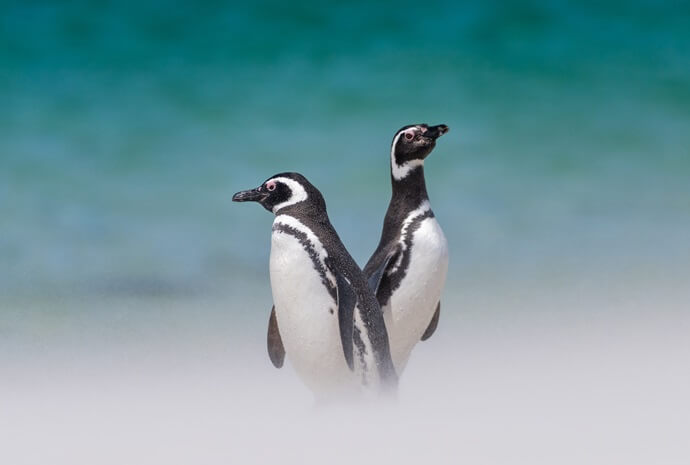 Join us for this unique adventure that gives you the rare opportunity to experience South America, Patagonia, the Falkland Islands and Antarctica in o...

Book by 31st July and return flights from London to embarkation city will be included!! 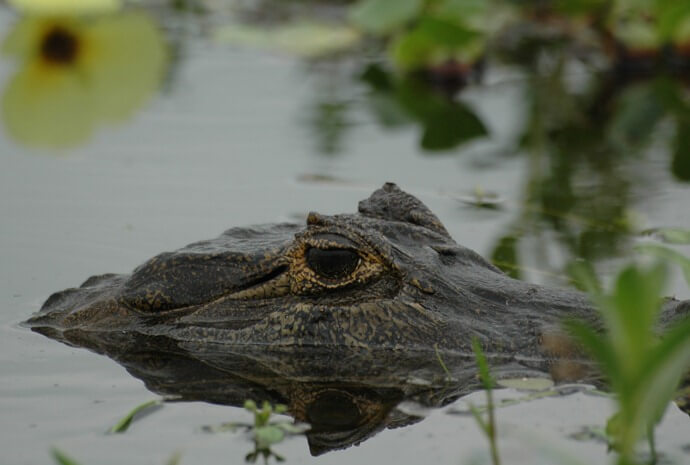 There is lots of wildlife to be seen in Argentina, from the tropical north to the more temperate Patagonia. This tour combines these areas with the vi...