One of the most beautiful sights in the world, and I have travelled a lot; just to sit there and watch and listen to those massive chunks of ice as they flow in the swift current and out into Disko Bay was a magical experience 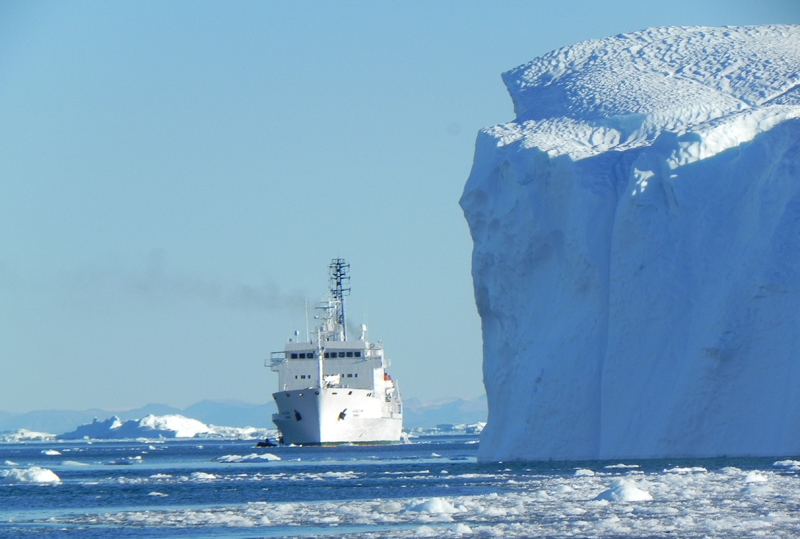 John from Wildfoot travelled in August from Iqaluit on Baffin Island to Kangerlussuaq in Greenland on one of the company’s Arctic Cruises to Greenland. This is a log of his experiences.

Woke this morning with the sun streaming thought the window, which was brilliant, since we were off on the zodiacs for a pre-breakfast cruise at 06.30. We thought yesterday’s icebergs were big but today we are at their actual source at Ilulissat, where they have broken away from the Jacobshavn Glacier and come away in massive chunks into the Davis Strait. We cruised around in the early morning sunshine for about 90 minutes amongst these massive bergs – truly amazing. 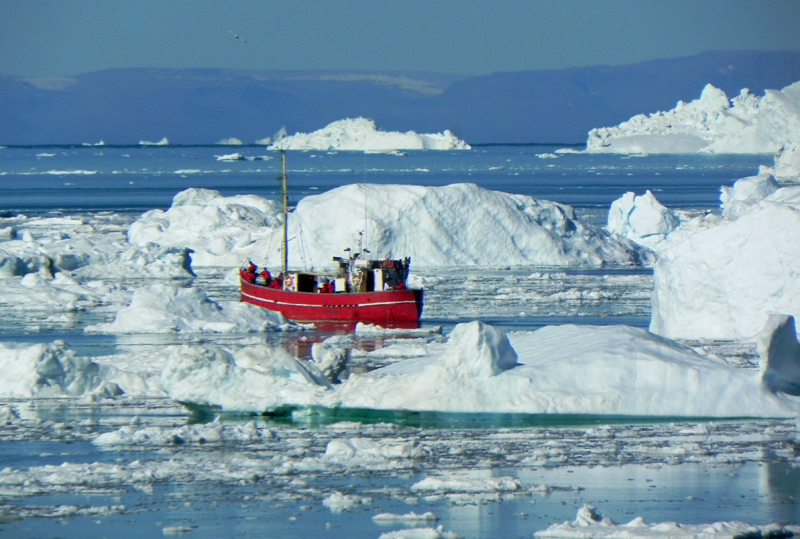 After breakfast, we zodiaced into the port itself and went off for a walk. Ilulissat is a world heritage site and after walking about 3km, we found out why. We came to a spot overlooking the point at which the Jacobshaven glacier spews out its ice into the bay. I have seen many beautiful sites but this has to rank with the most spectacular, just a magical sight, with bergs and brash ice moving surprisingly quickly with the current, especially in the sunshine against a deep blue sky. This glacier is moving at a metre an hour. 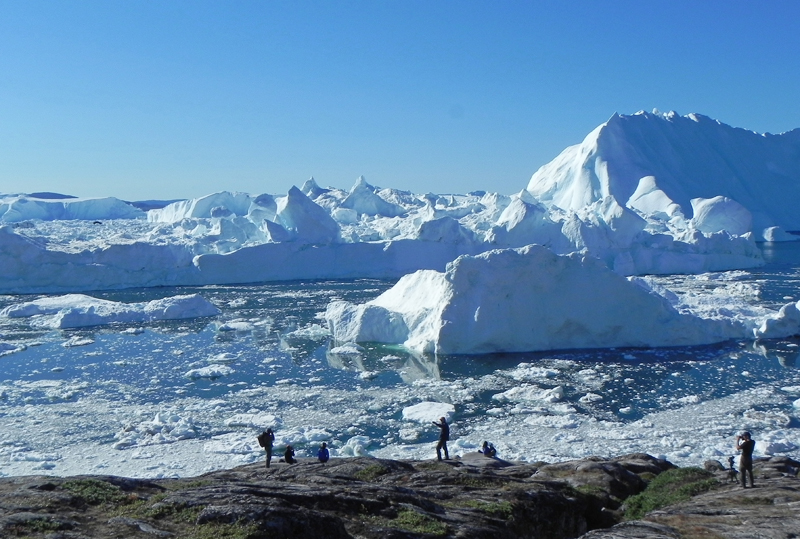 Then, a wander around town with a look in the supermarket and the one souvenir shop open this Sunday morning and then into the very well laid out and interesting museum.

Not much wildlife today. Those in one of the zodiacs this morning spotted a pair of humpback whales, but the best we have seen is more Icelandic Gulls, fulmars, wheatears and snow buntings. Not sure if dogs count as wildlife, but we walked past a massive open area where all the sled dogs are kept during the summer. Hundreds of them there with cute pups too, but very noisy and a bit smelly too! 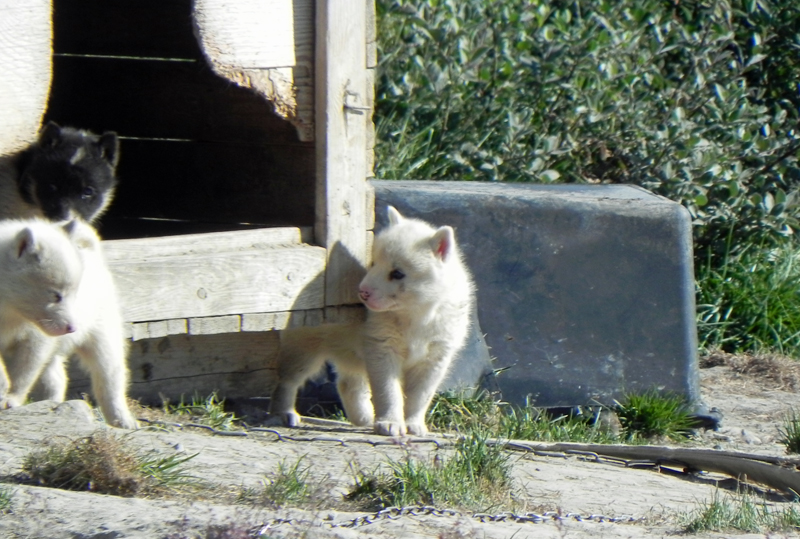 Back to the ship for a barbecue lunch on deck in the sunshine whilst sailing out past those magnificent bergs again – running out of superlative adjectives!

There is a pair of cameramen/presenters from the Canadian Weather Channel on board. They have been filming each day and having fun too – today’s combination of elements has made them very happy!

Lectures today included another by our resident historian, this time about the explorer John Ross, who added to the knowledge of Arctic Canada in the early 19th century whilst seeking the elusive northwest passage – his certainly wasn’t a luxury Arctic cruise!

During dinner this evening, there was a call for whales and over the next half hour, we saw several humpbacks at binocular distance from the ship with great displays of blows and flukes.