Reflecting on a magical day at Orne Harbour

The ninth day of our senior travel advisor’s trip to Antarctica involved a spot of ‘penguin gliding’ and ‘polar plunging’, in calmer conditions than one might expect from educational cruise expeditions to Antarctica like those that WILDFOOT can offer. Day 9 To the surprise of many I had the best night’s sleep of the trip […] 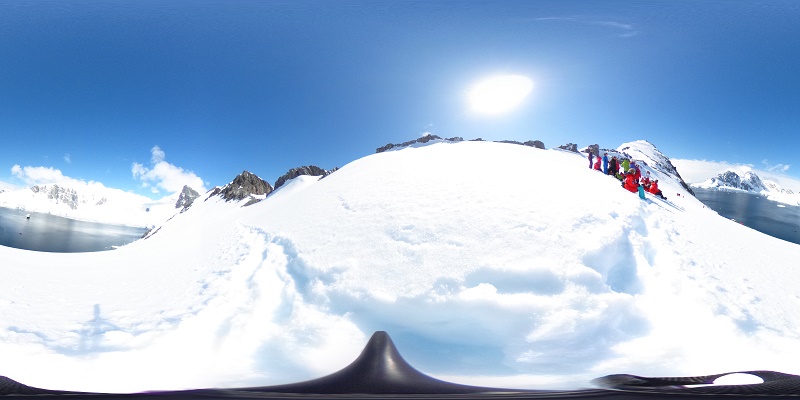 Reflecting on a magical day at Orne Harbour

The ninth day of our senior travel advisor’s trip to Antarctica involved a spot of ‘penguin gliding’ and ‘polar plunging’, in calmer conditions than one might expect from educational cruise expeditions to Antarctica like those that WILDFOOT can offer.

To the surprise of many I had the best night’s sleep of the trip thus far and in fact only woke to the sound of my companions packing up. In my opinion there is no better way to be at one with nature than sleeping out, I would highly recommend the camping and promise you that it is not half as cold or uncomfortable as you might expect. Back on board it was time for a hot shower and a spot of breakfast before the morning landing on to Cuverville Island, thought to be one of the largest gentoo colonies. Of course, the penguins occupied us with their funny rituals and behaviour, however it was the view from the top which stole the show. Looking down over the penguin rookeries and out to sea we could spot the Sea Spirit dwarfed by huge ice bergs and surrounded by glistening brash ice, it is the shallow waters between Cuverville and Ronge islands that trap and ground these icebergs. For those that couldn’t face the quite challenging hike to the top, (due to the thick fresh snow), there was plenty to keep them occupied at the shoreline with brown sub Antarctic skuas doing their best to steal eggs from any parent who was careless enough to leave their nest unguarded. In fact there was quite a plethora of birdlife to be spotted including the southern giant petrel, Antarctic petrel, Antarctic fulmar, Wilson’s storm petrel, rock cormorant, kelp gull and the Antarctic tern.

We cruised to Orne Harbour over lunch and the weather just seemed to be going from strength to strength, there was barely a cloud in the sky and not a whisper of a breeze to be felt. Once again we had to pinch ourselves that we were actually in Antarctica, supposedly one of the harshest environments anywhere in the world, we certainly hadn’t seen any evidence of it so far. Although Orne Harbour is thought to host a hardy colony of chinstrap penguins, this afternoon’s focus was not necessarily the wildlife but the view. The view from the saddle reaches to the southern Gerlache Strait and Wiencke, Anvers and Babant Islands, it is also one of the few places where you can step on the Antarctic mainland. After a bounty of photos had been taken, many of us tried all sorts of ingenious methods of descending the mountain, the most popular being the ‘penguin slide’, face first on your stomach with your arms behind you – once again the atmosphere of the group was electric.

The daring amongst us then headed back to the boat for the famous ‘polar plunge’. Having resisted the temptation to swim in ice waters on such trips previously, I’m not quite sure what came over me today to make me do it, I can only put it down to the great sense of camaraderie that had formed between a big group of us, as they say ‘all for one and one for all’.

A perfect day was only to be topped off by a superb humpback sighting after dinner. The vessel was literally surrounded by these gentle giants, in every direction there were blows to be seen, glistening in the beautiful evening light, it was simply magical.