Wildlife and documentary cameraman Doug Allan Amongst the world’s most respected wildlife cameramen, Doug Allen has worked on countless TV shows and documentaries including Planet Earth, Blue Planet, Frozen Planet and Life In The Freezer. Alongside filming (and winning eight Emmys), Doug has published his own remarkable book ‘Freeze Frame. He also finds time in […] 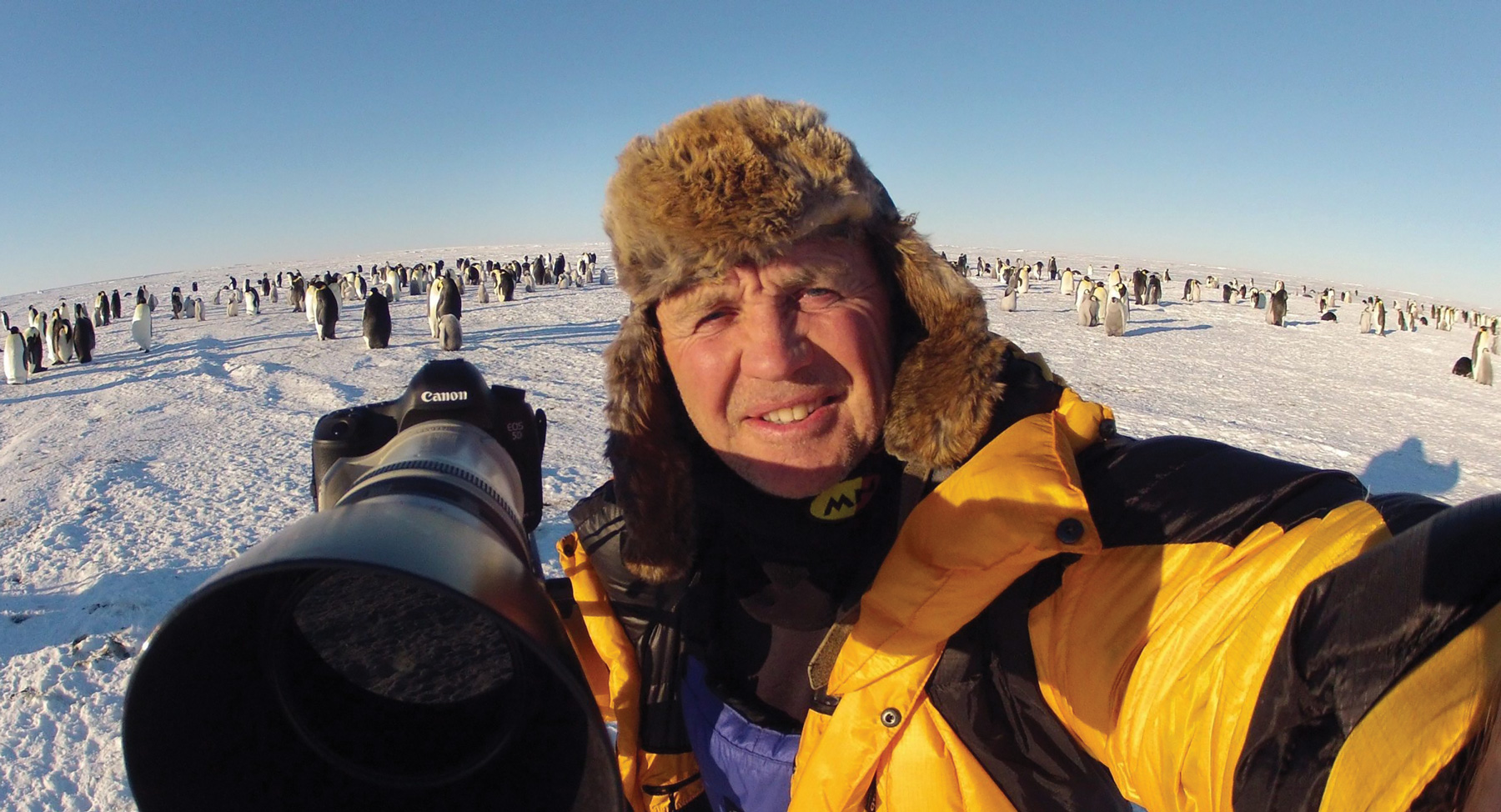 Amongst the world’s most respected wildlife cameramen, Doug Allen has worked on countless TV shows and documentaries including Planet Earth, Blue Planet, Frozen Planet and Life In The Freezer. Alongside filming (and winning eight Emmys), Doug has published his own remarkable book ‘Freeze Frame. He also finds time in his busy schedule to act as an invaluable ambassador for Wildlife Travel.

Filming wildlife requires tenacity. The animals don’t always turn up or behave as you’d like them to. To ease frustration, we remember two things.

First – bear in mind that you can only be in one place at a time. So, you make your best call but it won’t always be right. Go search all day for polar bears without success then return to the cabin to find it surrounded by pawprints.

But the second, well that says if you’re not there, you’ll never see it. That’s the one that takes you out on the less than promising days, when perhaps a little flash of what you want will be your only reward.

Binoculars are relevant when making that second call. They’re no use if they’re so heavy that it’s tempting to leave them behind when the rucksack is full of cameras. I need mine to be always with me, both light andcomfortable. There are shoots when I’ll be looking through them for half of a twelve-hour day.

I like the elegant simplicity of the design of these 10 x 30 CL Swarovskis; the thumb indents on the back of the barrels made for effortless holding, they were a natural fit in my hands. The focuser wheel’s action is smooth and precise, beautifully engineered so focusing in and out is crisp and consistent. The wheel is large and coated in soft rubber for grip with gloves or numb fingers. Important when I’m filming in cold places. I was surprised how easy it was to hold them and focus with one hand.

Because of the nature of the filming I do, I tend to give my equipment a hard time. Dust, snow, salt spray – are all common hazards. The nitrogen filling and waterproof to 4m are other attributes I want.

It’s maybe a small point but I do like rubber lens protectors that are attached to the barrels. Much less likely to be lost or be blown away.

I had one disappointment. Changing the dioptre adjustment involves pushing and twisting the middle of the focus wheel, an action that’s much more fiddly than on other Swarovski models which have a ‘pull-out to release mechanism’ before you adjust. Once it’s set however it’s almost impossible to shift by mistake.

To summarise – the Swarovski CL 10 x 30’s are exceptionally small and light, extremely well made, with high resolution and clarity; they have a bright and flat field that’s sharp to the edges, steady hold and good focus action. Definitely a pair I would recommend. Just a shame about the dioptre adjustment.

Doug Allan’s remarkable book Freeze Frame is available now on his website. Why not pick up a copy of your own here: http://dougallan.blogspot.com