Wildfoot travel expert Natalie Natalie Greenhalgh has always been passionate about travelling. Seeking out new places and new travel experiences is something she has done all her life. Always lining up the next life-goal or travel-target. So who better to ask to put together her top ten bucket-list adventures for 2018? Here’s Natalie’s top ten. How many […] 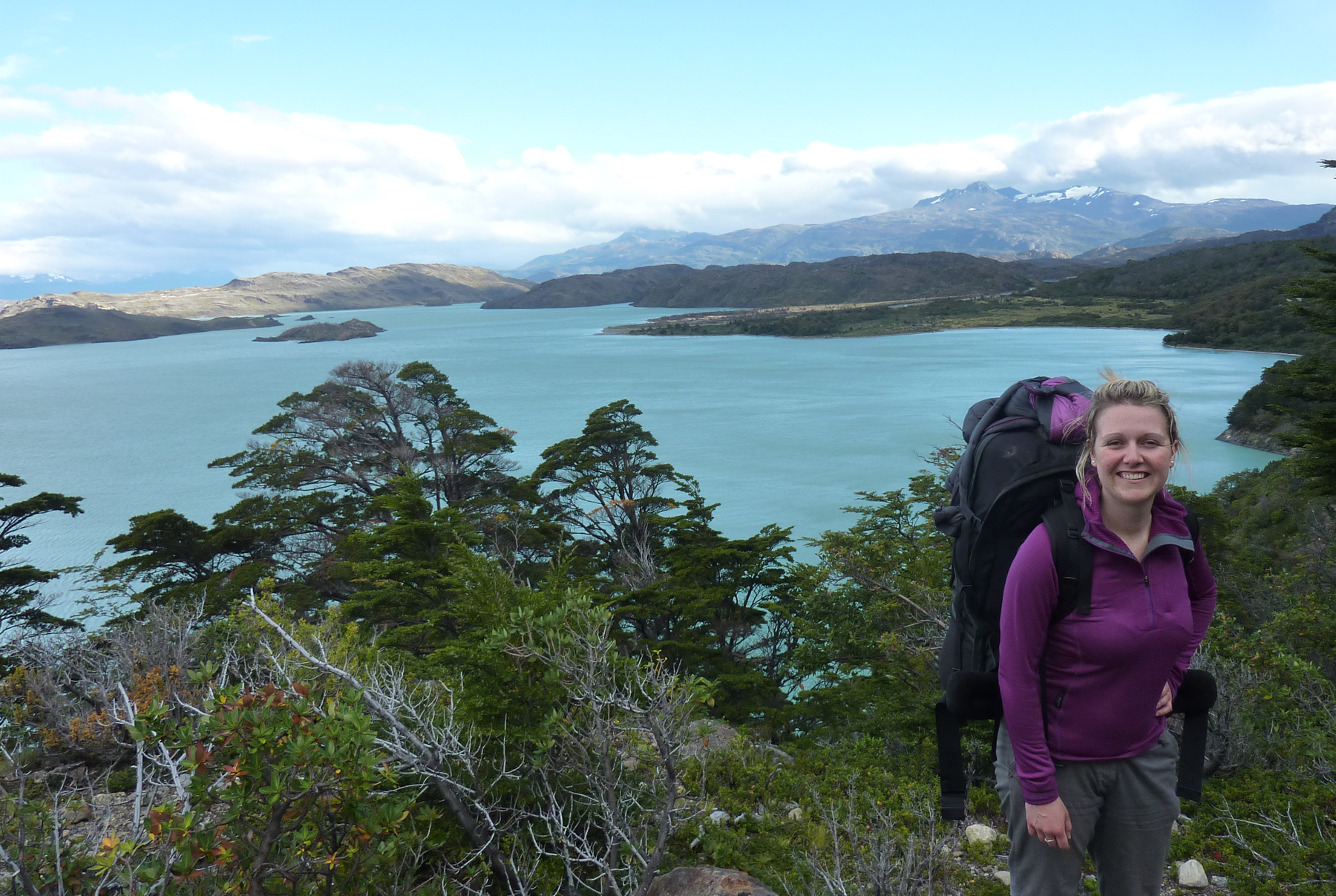 Wildfoot travel expert Natalie Natalie Greenhalgh has always been passionate about travelling. Seeking out new places and new travel experiences is something she has done all her life. Always lining up the next life-goal or travel-target. So who better to ask to put together her top ten bucket-list adventures for 2018? Here’s Natalie’s top ten. How many of these adventures would you add to your bucket list?

We all do it, every year we make a list of new year’s resolutions that often tend to be about bettering one’s self. And we can’t think of a better way of doing this than to travel. So book your time off, pack your bags and set off for a new destination! It’s a great big world out there, so here are some highlights that we at Wildfoot Travel would highly recommend. 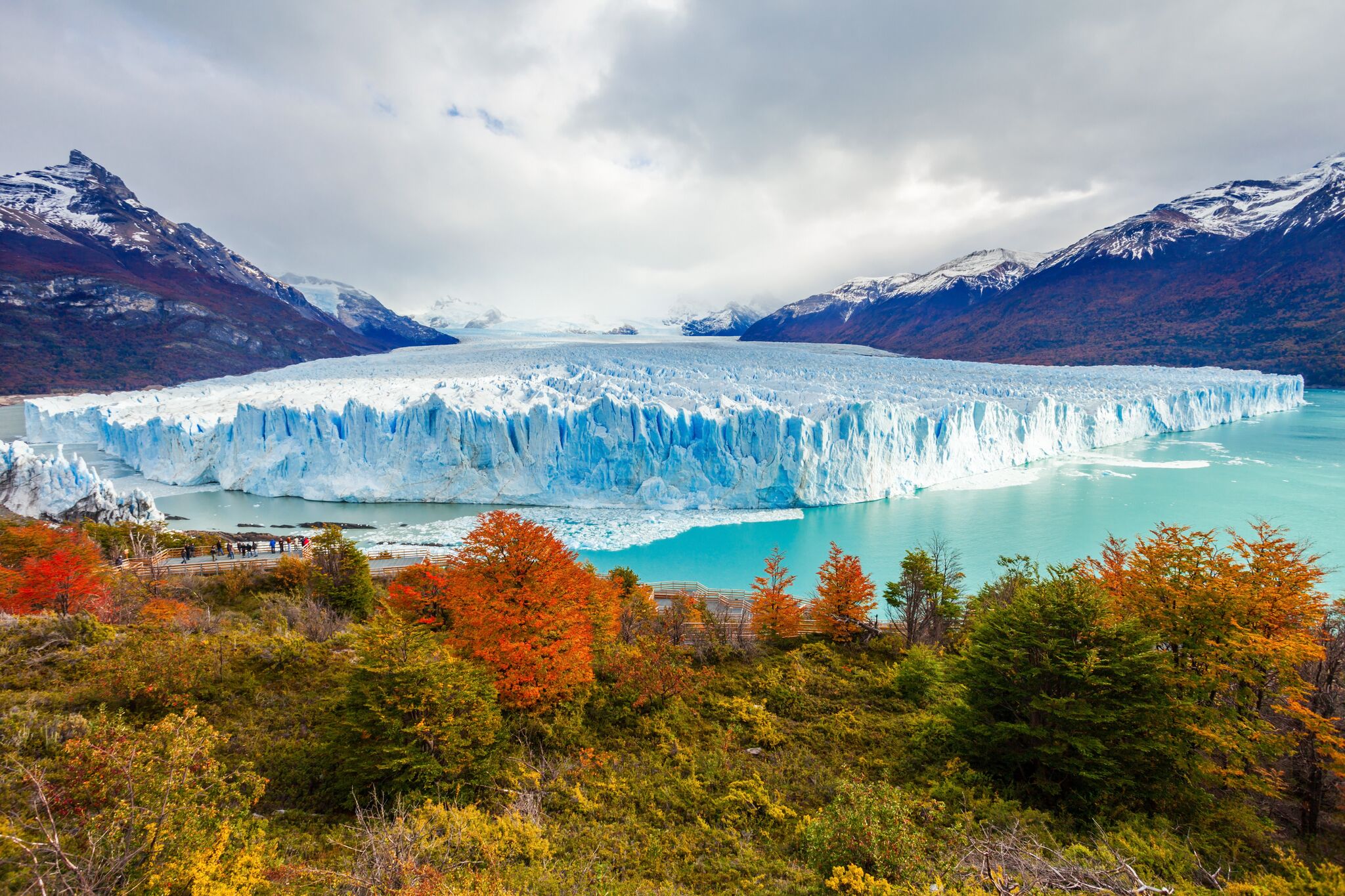 Celebrating 200 years of independence this year, Chile is unlike any other place on earth. Isolated from the rest of the world with the vast Pacific Ocean to the west, the Atacama Desert to the North, the soaring Andes to the East and the wilds of Patagonia to the South, these extreme environments make for a remarkable country. In my opinion, Patagonia is the most beautiful spot on the planet…an otherworldly dreamland of majestic mountains, deep blue glaciers and fairy-tale woodlands, a trek in this remote wilderness will stay with you for life.

When? Chile’s summer months of December to March are warmest and best for trekking. Visit in October and November for Wildflowers. 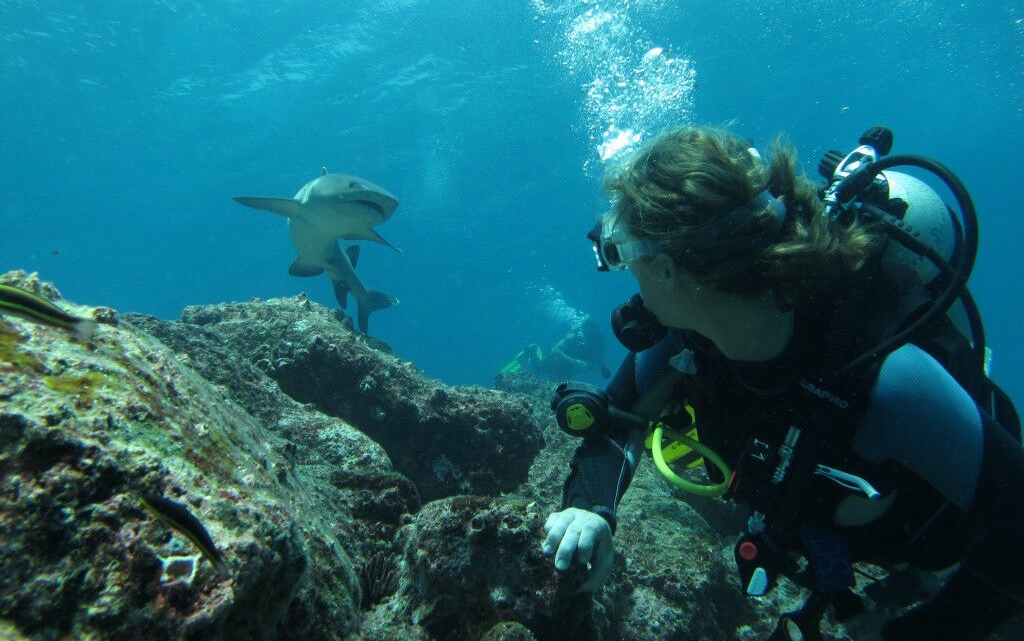 Go Goggle-eyed in the Galapagos

As a wildlife destination, the Galapagos offers a once in a lifetime experience, where adventurous travellers can get extremely close to exotic animals and aquatic life. These isolated islands are home to the marine and land-based animals that have enthralled biologists and nature lovers since Darwin’s day, and the fearless and friendly animals that roam this untouched natural world are in abundance.
Easily one of the best snorkelling spots in the World, there is over 15,000 square miles of protected, marine reserve waters. Unlike Scuba Diving, no special training is required for snorkelling, so if you can swim and breathe through a snorkel, you’re set! I will never forget watching green turtles paddle in front of me as two sea lions were demanding my attention as they circled me then swam up and looked me in the eye. Marine iguanas are warning in the sun, Galápagos penguins dive in, and hammerhead and white-tipped sharks lurk in the depths.

When? Unlike most wildlife destinations, there’s no wrong time to visit & go snorkelling in the Galapagos Islands. There are two distinct seasons in the Galapagos. The dry and cooler season runs from June to November while the wet and warmer season lasts from December through the end of May. 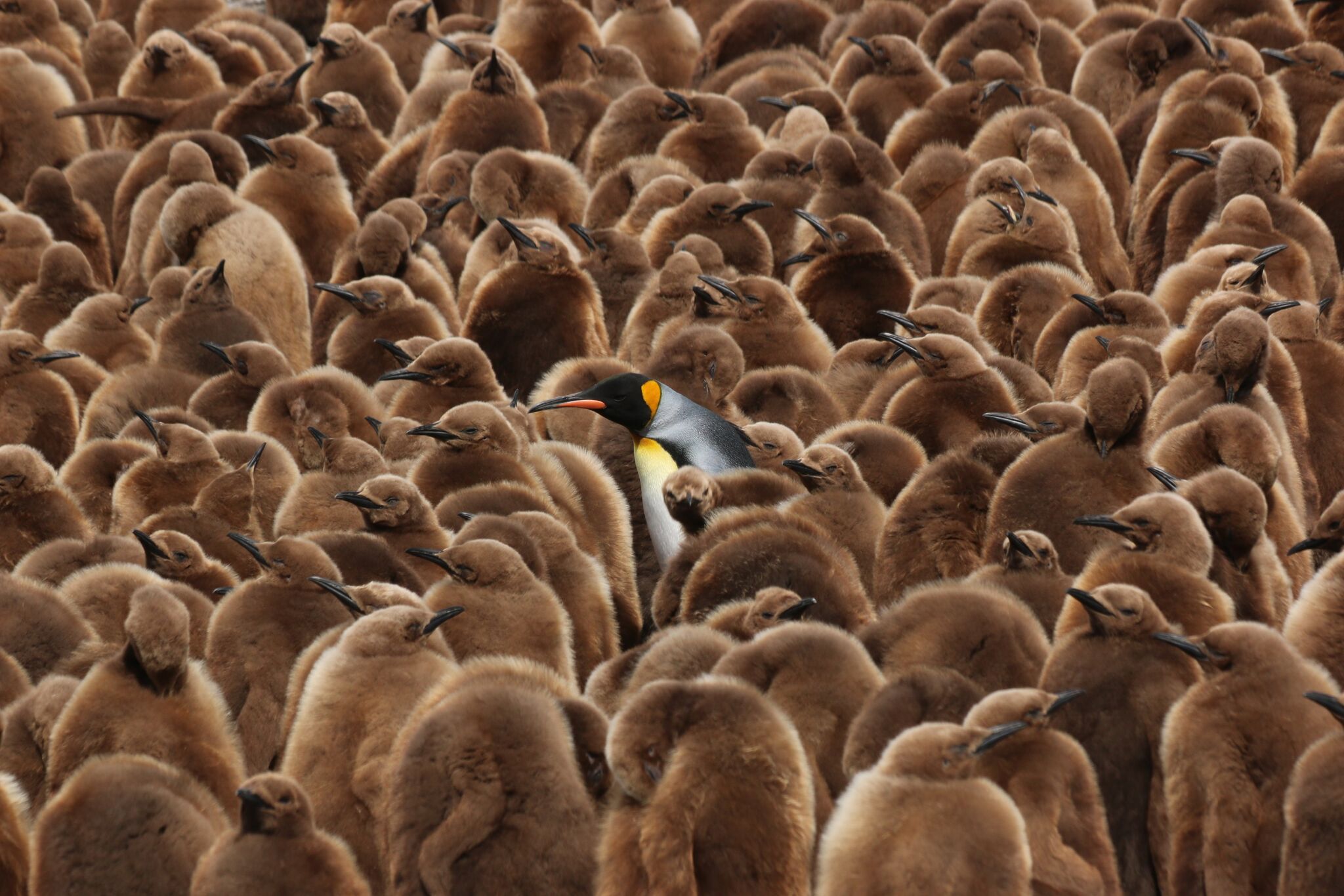 When you land on South Georgia, a spectacularly beautiful and remote sub-Antarctic island, you will be amazed at the sight of 300,000 king penguins crowding the beach. These beautiful birds are recognisable by their orange throats and jet black heads. As they stand shoulder to shoulder on this tiny island, you certainly feel like a guest in their home! But they are very welcoming hosts and are often happy to come a little closer and say hello. And it’s not all about penguins, if you want to spend time with the greatest density of wildlife on the planet, you can expect to see seals, petrels, albatrosses, prions and much more.

When? The short expedition season runs from November-March when the sea ice breaks up to allow passage. November offers the chance of also seeing elephant seals on South Georgia, whilst December and January have warmer temperatures and welcome penguin chicks at this time of year. 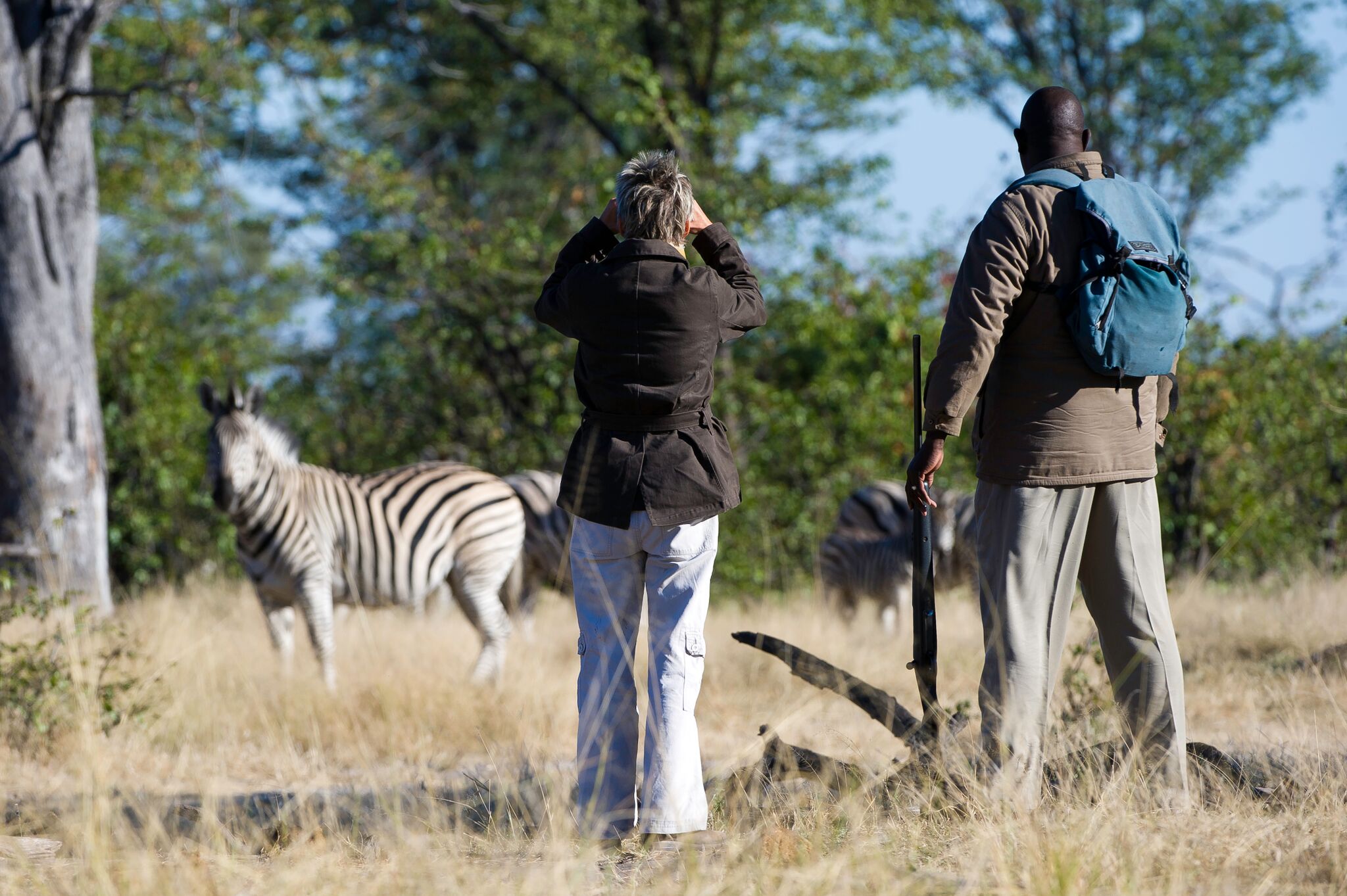 Walk amongst the wild things in Zambia

The concept of walking safaris was born here, in South Luangwa National Park. One of the best wildlife sanctuaries in the world, and well-known for its World class guides, it is home to some of the highest concentrations of animals in Africa. Don’t be daunted by the prospect of walking, exploring the area on foot makes you really appreciate the bush as you become a part of the landscape. You may stumble upon a baby elephant learning to use its trunk, watch a wallowing hippo or two or stay as still as humanly possible as a Lion watches you through the grass. But you also take the time to learn about the plants, seeds and insects and how they all work so brilliantly together in this fascinating system. So if you’re after a safari that doesn’t just tick off the big 5, walk amongst the animals that call this place home and see how it all fits together, you will not be disappointed.

When? Some camps in Zambia are only open in the dry-season between June and October. As the heat increases towards the end of August, there is a greater concentration of game.

Be in awe of the Aurora Borealis whilst Whale watching

Walking out of a bar in Reykjavik, I looked up and caught a glimpse of the northern lights. Despite the light pollution, I could faintly see the beautiful light show that was happening right above me. I stood in awe for a few seconds before the magical lights disappeared, and I made a promise to myself to make a trip one day specifically to see this sight “properly”. There are many places to see this natural phenomenon, but why not combine this with another wonderous experience…whale watching. Take a winter trip aboard a traditional two masted schooner and sail in arctic waters, looking for orcas and humpback whales, which follow the herring shoals at this time of year. Whales by day, northern lights by night…what could be better?

When? Darkness is the key, and nowhere is darker than Scandinavia in winter! Best seen in the Northern Hemisphere between October – March, the closer to the Arctic circle the better.

Peek at Jaguar’s in the Pantanal

Think of a wildlife destination in Brazil and most people would suggest the Amazon. But the Pantanal is Brazil’s less-famous great wilderness…and the best place in the world to spot the elusive Jaguar. Because the Amazon is so dense, often people can be disappointed with what little wildlife they see, but the Pantanal is like the jungle without the trees – wildlife can be easily spotted.  This vast wetland is also home to giant otters, huge caiman, capybara, anteaters, almost 700 hundred bird species and much more. Exploring this wilderness by boat or on foot, you will have the opportunity of seeing very rare and iconic wildlife up-close.

When?  Seasonally flooded in the wet season between December – May, the Pantanal is best visited in winter with September and October usually seen as the best months to visit for Jaguar spotting.

Feel free in the faraway Falklands

With some of the World’s wildest and remote landscapes, the Falkland Islands are a wonderous place and incredibly bio-diverse. A little bit of Britain at the end of the world, the real citizens here are the animals. With 5 penguin species (Kings, Rockhopper, Magellanic, Macaroni and Gentoo), dolphins, whales, sea lions, leopard seals, elephant seals and not to mention over 200 species of birds…if you are after a wildlife trip with a difference, the Falkland’s will not disappoint. Stanley, the capital of East Falkland Island is often at the start of your adventure, with Volunteer point not to be missed…home to the largest colony of King Penguins on all of the islands. Then take a short plane hop to Sea Lion Island, Darwin, Pebble Island, Carcass and West Point Island, each island offering a unique and unforgettable experience.

When? October – March is generally considered the best time to visit, with the start of the warmer weather bringing new life and later on in the season, the better time for whale watching. 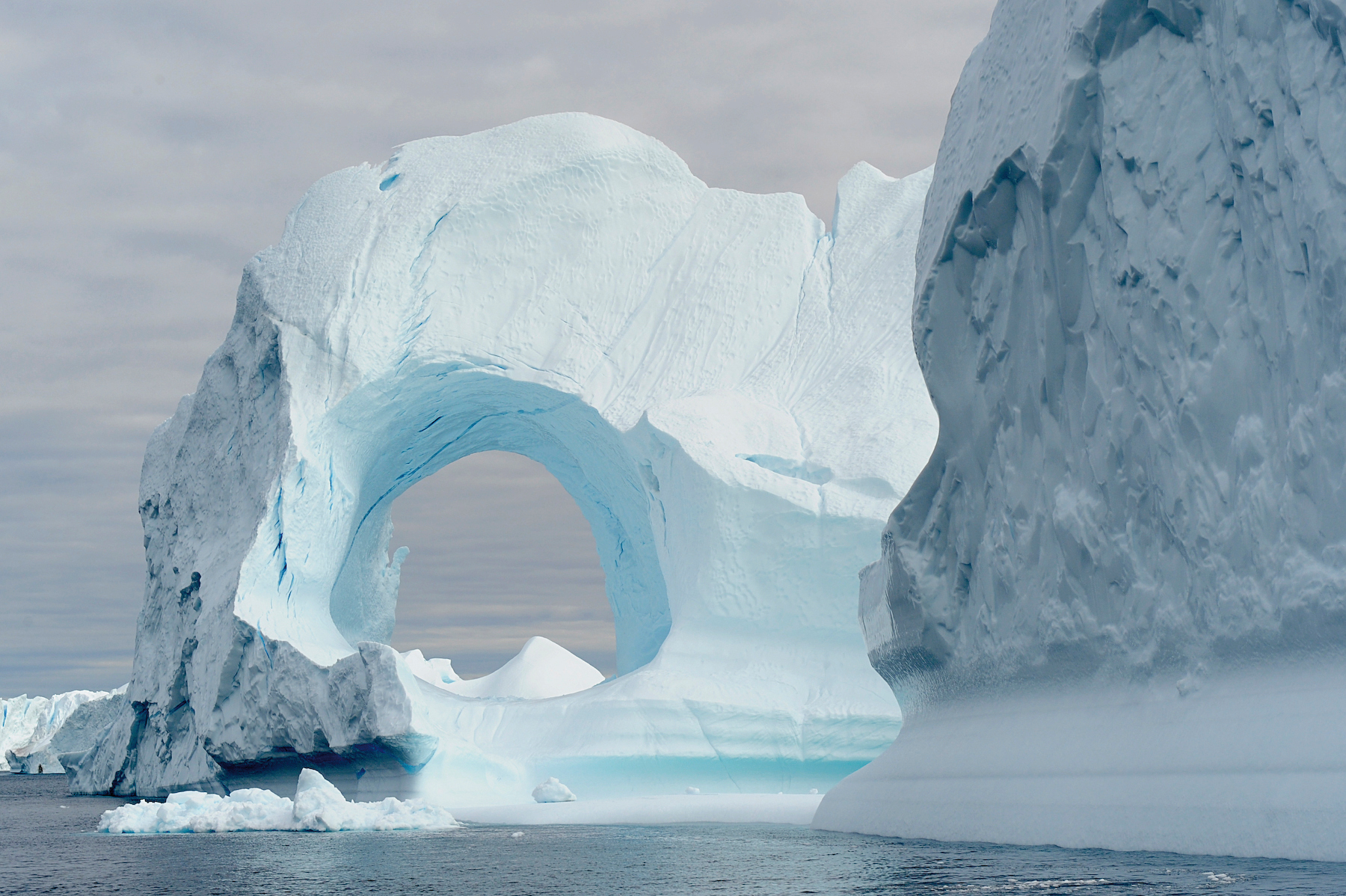 Dance amongst the Icebergs in Disko Bay, Greenland

Ok, so you might not dance but this is Disko Bay, a UNESCO world heritage site thanks to its outstanding natural beauty. Greenland is the worlds largest island, with the worlds largest national park, and on the West Coast you will find Illullisat, a harbour town on Disko Bay whose name translates literally to “icebergs”, and you will see why. Disko bay is packed full of beautiful icebergs of all shapes and sizes rising majestically from the sea. And this is just one tiny highlight of this huge island that has so much to offer.

When? Most people visit in summer (May – September) when temperatures can reach a balmy 10 degrees Celsius! Enjoy the midnight sun at this time too, with most areas lit up around the clock from June – July.

The climb up this 85m sand dune (in sand no less) will leave you short as breath as you reach the top. Short of breath for the climb you have just experienced but also short of breath when you see the beauty of the sunrise over Sossusvlei. As I watched the sun come up and change the colours of the landscape, the orange of the sunrise combined with the rust-red of the Dunes was so intense and I remember feeling lost in that moment, whilst nature showed just how beautiful she can be. Just one highlight of my trip to Namibia, this is one of my favourite countries as it has everything to offer, fantastic wildlife and national parks, preserved ancient cultures, dramatic landscapes and lovely little seaside towns.

When? A year-round destination, Namibia has over 300 days of sunshine per year! Wildlife can be easier to view in the drier months between May to November. 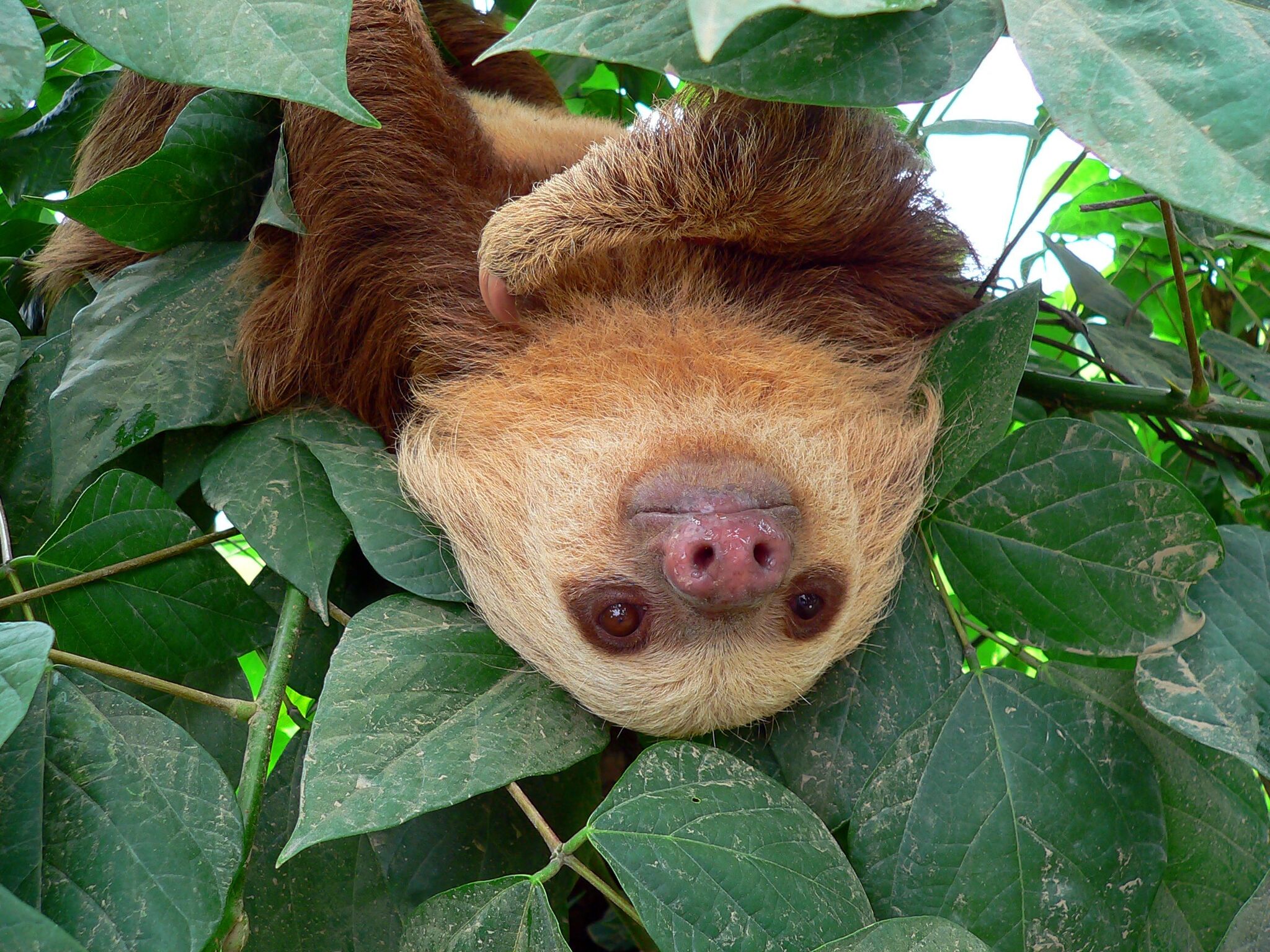 As a country, Costa Rica has so much to offer, especially for wildlife enthusiasts! Costa Rica covers 0.03 percent of the earth’s surface, but it contains nearly 6 percent of the world’s biodiversity.  Around 25% of the country’s land area is in protected national parks and protected areas, the largest percentage of protected areas in the world. Sloths, Whales, Turtles, Monkeys, Tapirs and hundreds of bird species…it is packed full of wildlife! If you’re after a bit of adrenalin, try white-water rafting, ziplining and canyoning…just a few of the activities on offer. And with coastlines on both the Pacific and Caribbean, there are many beach spots to relax after a busy trip around this wonderful country.

When? The driest and sunniest time of year to go is between January to April with January and February being the busiest time to go. Temperatures and rainfall can very though with Rainforests, Cloud Forests, mountains and 2 coastlines all battling it out!

Find out more about any of our trips here 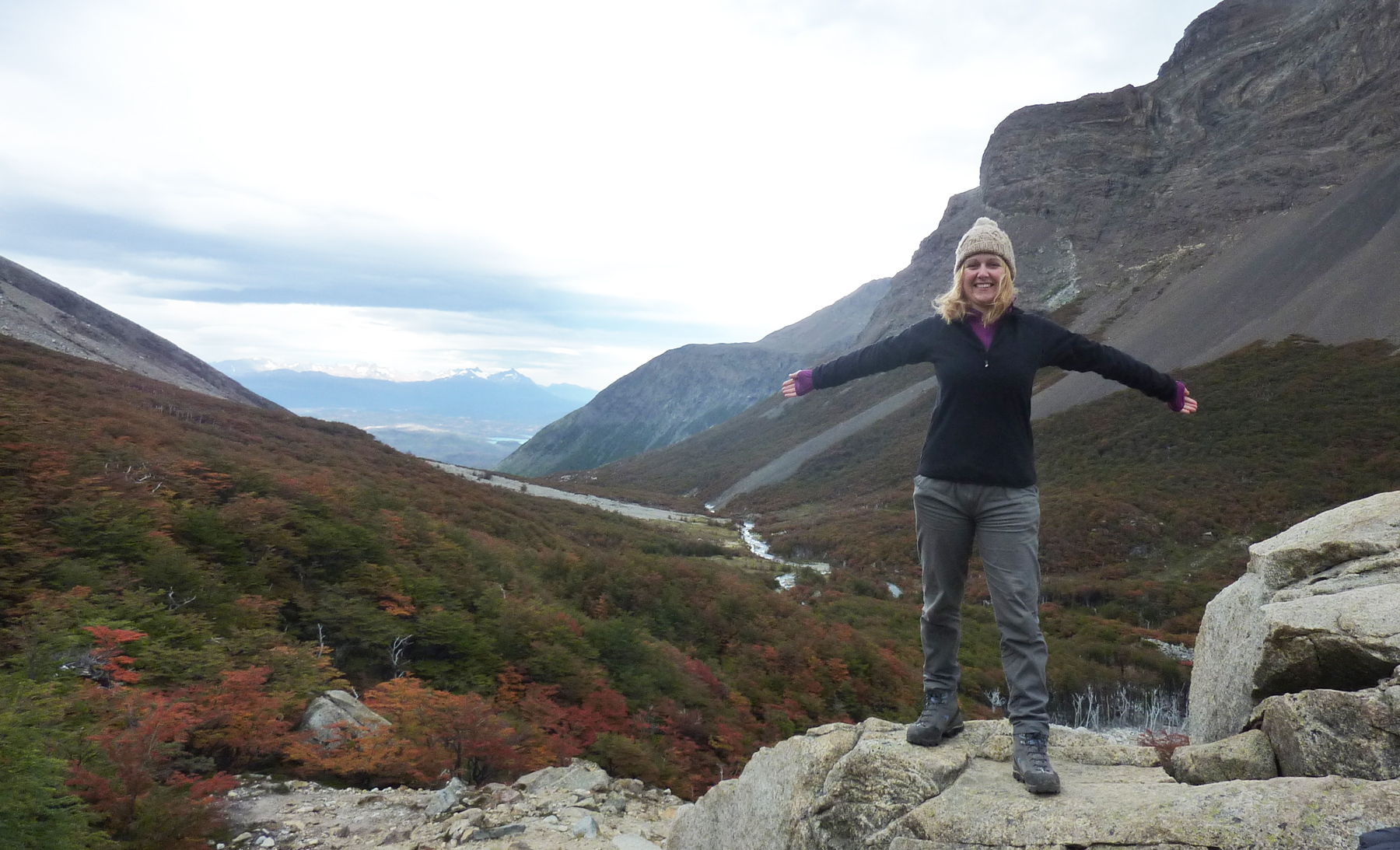