Set off to discover the west coast of Spitsbergen on this 10 day expedition cruise into the heart of the Svalbard Archipelago. Aboard L’Austral, fall under the spell of the magical Arctic Far North, with its ice floes, polar bears and breathtaking glaciers.

Your ship will depart from Tromsø, in Norway, and head north to bring you closer to Bear Island, a refuge for many birds, in the western part of the Barents Sea. You will then reach the southern tip of Spitsbergen and discover Hornsund, one of the island’s most beautiful fjords, with an impressive glacier front.

Further north, follow in the footsteps of the former whalers who once settled in Ytre Norskøya and in Magdalena Bay, two sites that are home to the graves of many sailors and are still frequented by various species of cetaceans. During your cruise, you will also have the opportunity to sail among the icebergs of the 14th July Glacier, in a sublime blue-tinged décor that will not fail to fill you with wonder. Not far from the Nordenskiöld glacier, you will perhaps have the chance to observe a polar bear - the absolute lord of the Arctic wildlife - before your disembarkation in Longyearbyen. 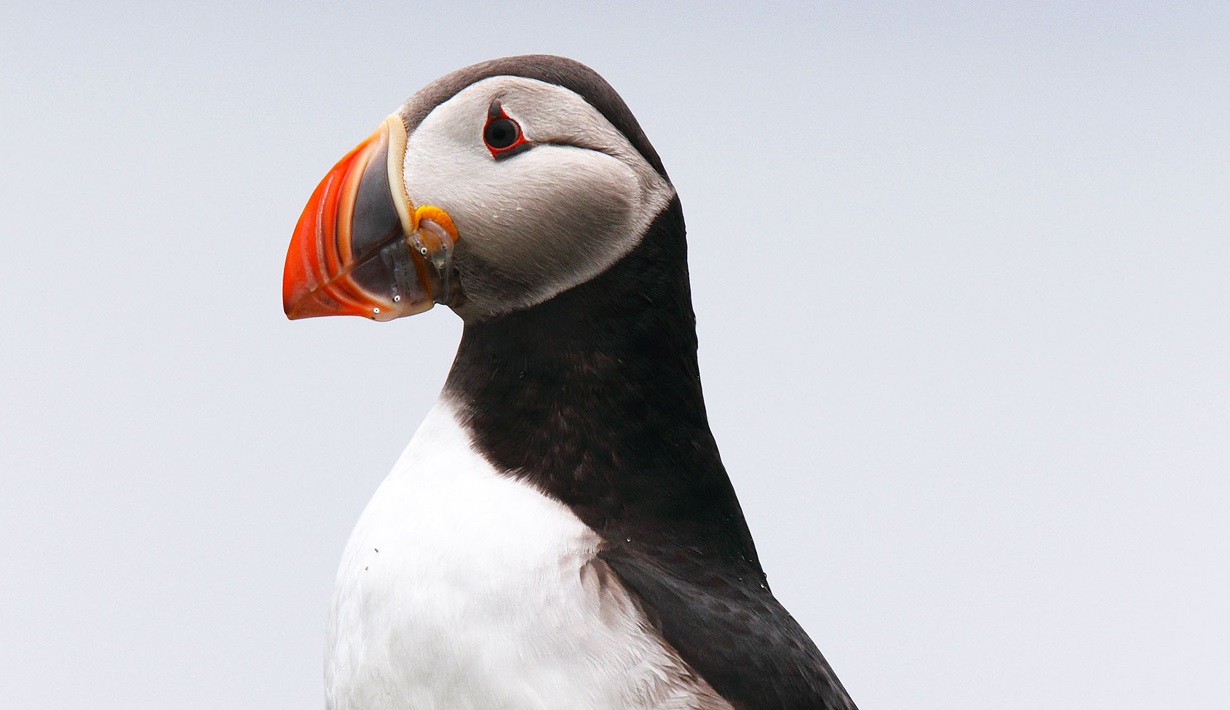 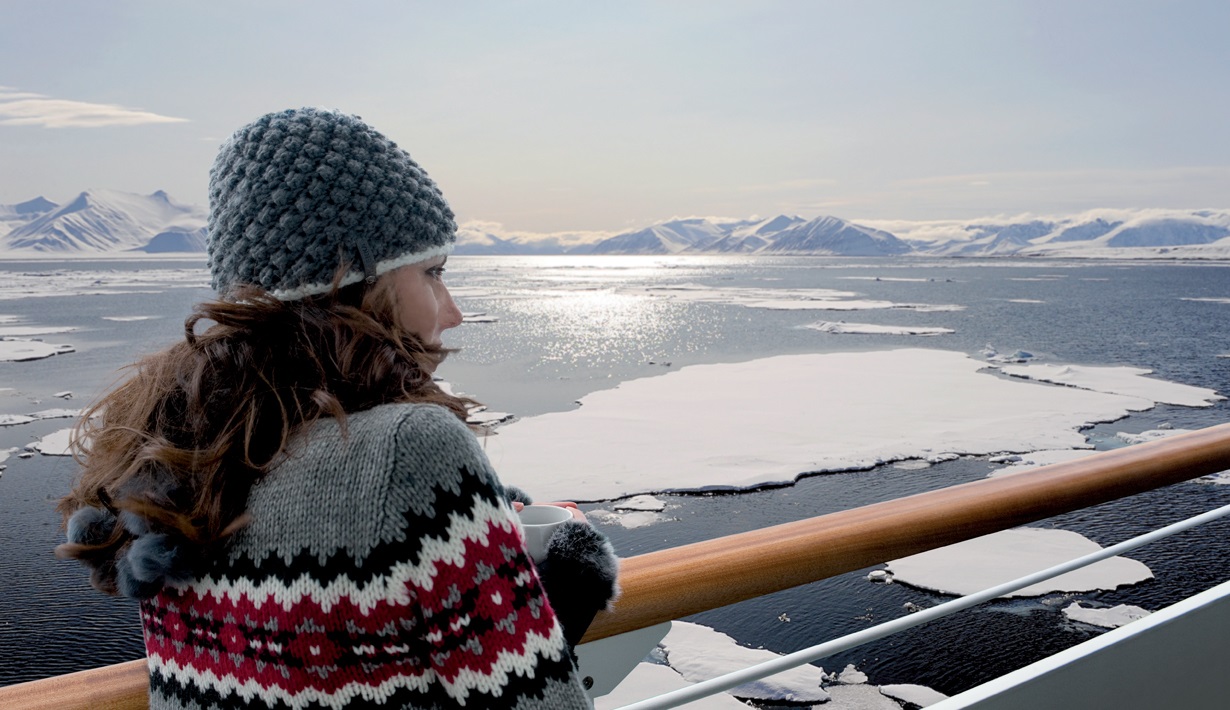 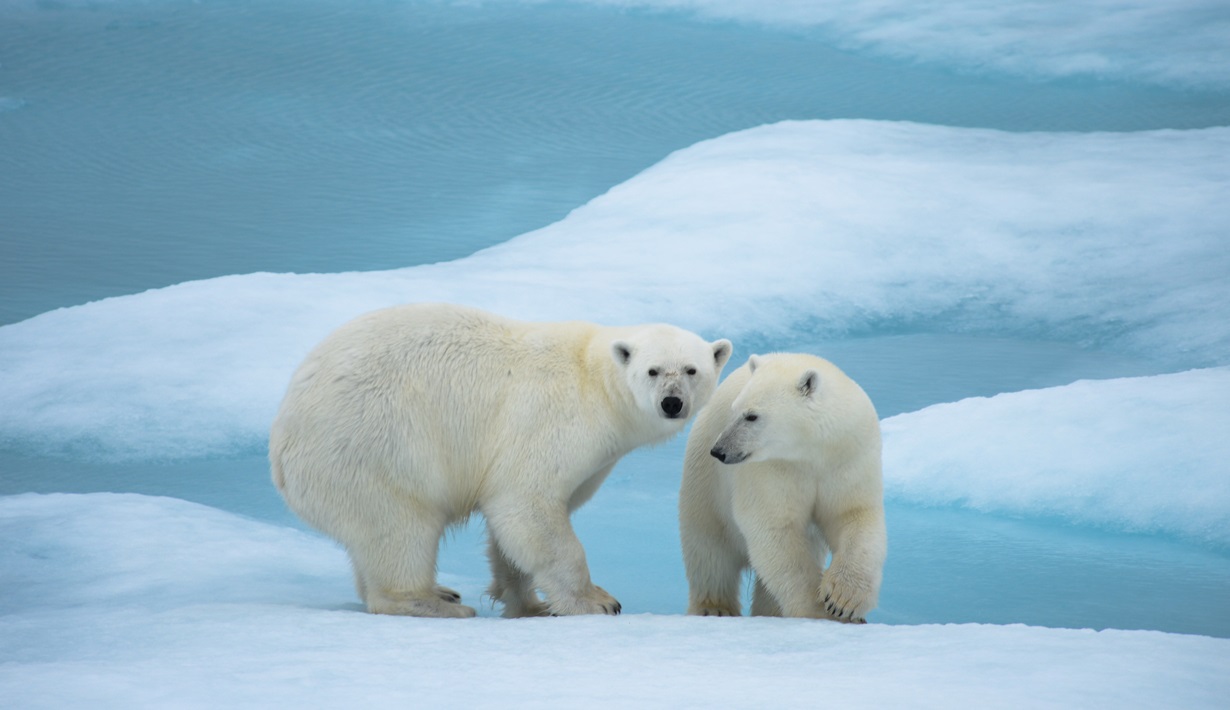 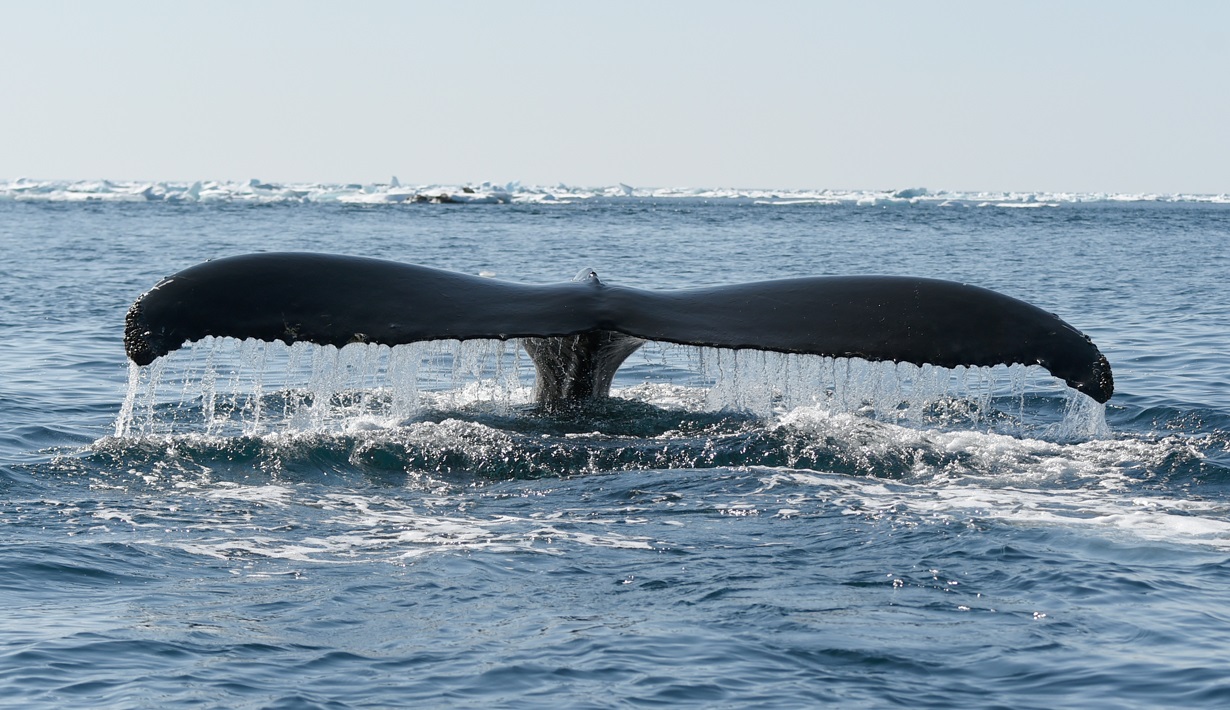 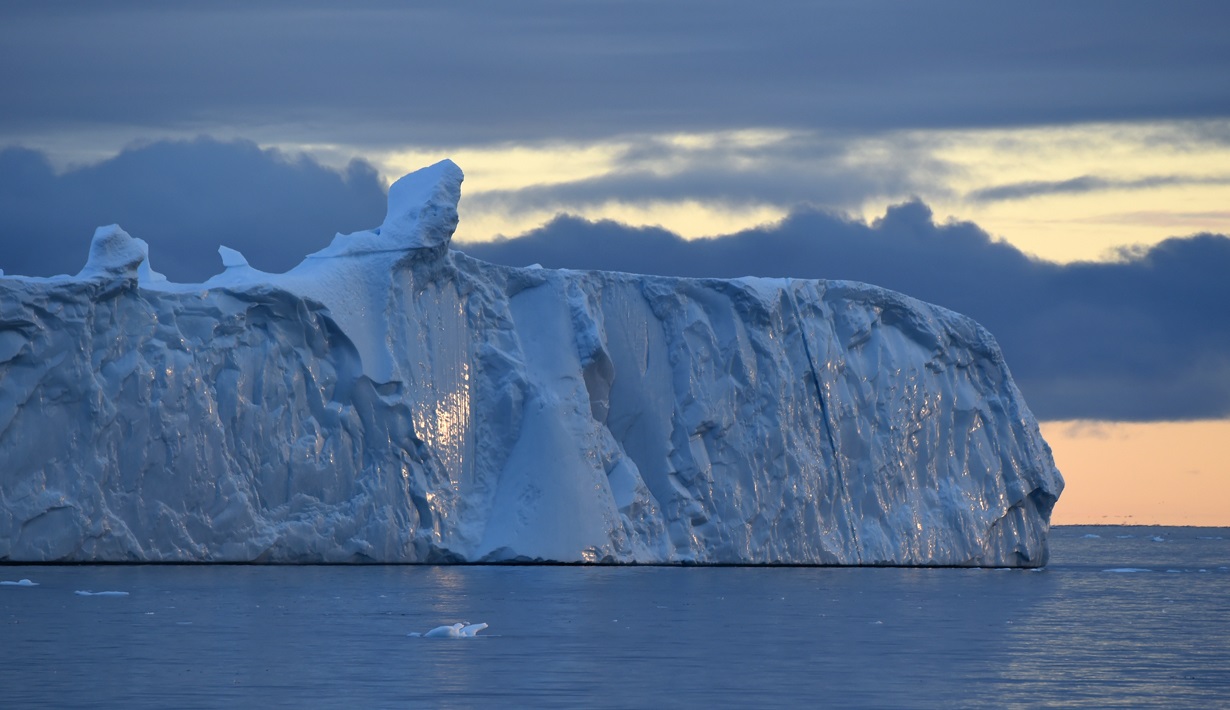 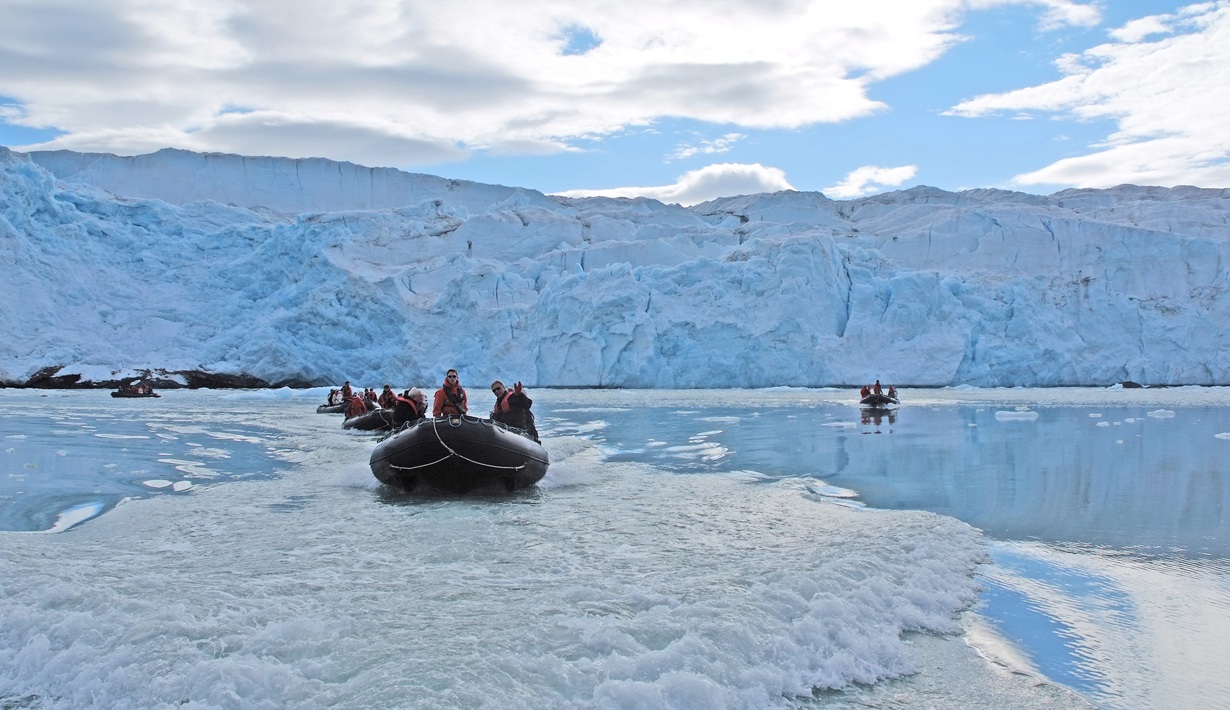 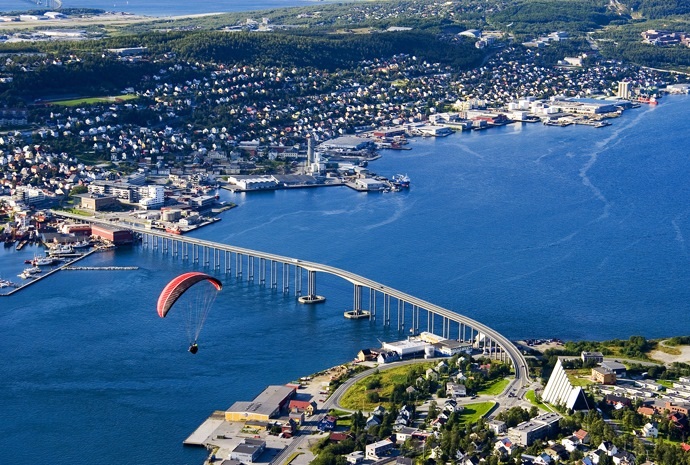 Charter flight from Paris to Tromso. Transfer to ship and set sail in the early evening. 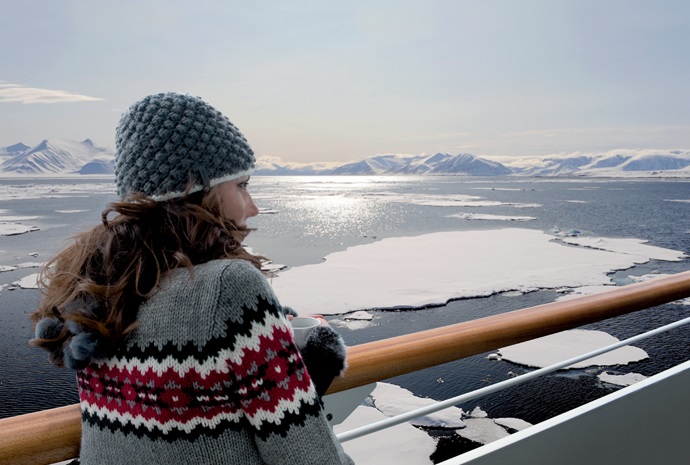 During your day at sea, make the most of the many services and activities on board. Treat yourself to a moment of relaxation in the spa or stay in shape in the fitness centre. Depending on the season, let yourself be tempted by the swimming pool or a spot of sunbathing. This day without a port of call will also be an opportunity to enjoy the conferences or shows proposed on board, to do some shopping in the boutique or to meet the on-board photographers in their dedicated space. As for lovers of the open sea, they will be able to visit the ship’s upper deck to admire the spectacle of the waves and perhaps be lucky enough to observer marine species. A truly enchanted interlude, combining comfort, rest and entertainment. 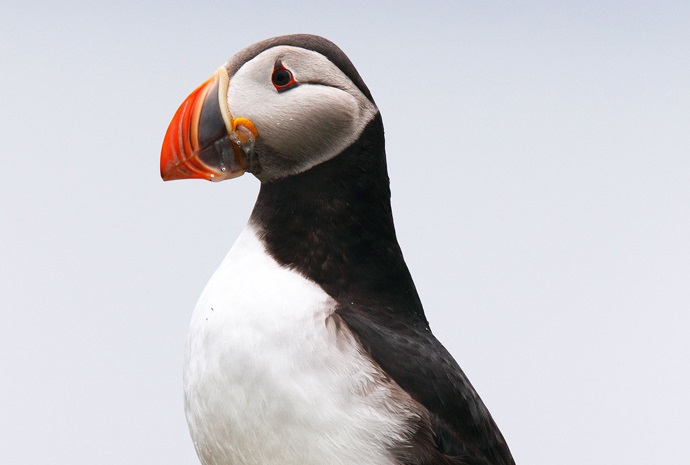 Halfway between Norway and Spitsbergen, you will sail not far from the coastlines of Bjørnøya, the southernmost island of Svalbard. From your ship, observe this isolated piece of land discovered in 1596 by the Dutch navigator Willem Barents, then looking for the Northwest Passage. Following a tough fight between a polar bear and the members of the expedition, he dubbed the place Bear Island. Regularly covered by a thick layer of fog, Bjørnøya shelters a meteorological station built in 1923, which is still in operation. Declared a nature reserve in 2002, the island is above all home to an enormous colony of sea birds: skuas, guillemots, puffins, Tridactyl gulls, petrels, gulls and little auks all coexist here. 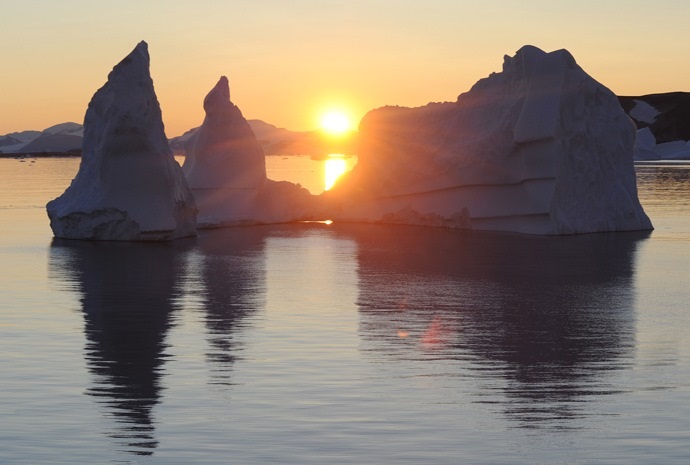 The Gnålodden Cliff culminates at over 700 metres high and is home to over a thousand species of sea birds. Tridactyl gulls, northern fulmars and thick-billed murres are lords and masters in this often deafening commotion, particularly during the nesting season. Polar bears and Arctic foxes also frequent the site, a delight for lovers of the animal kingdom. The “bird cliff”, as it is known, is surrounded at its foot by very rich vegetation, unfurling its carpet of moss across a décor of wild tundra. During your visit, stop at the former hunter’s cabin, which was also used as a satellite station during the 1930s.

Nestling between millennial glaciers and carved mountains, and considered to be “the crown of Arctic Norway”, Spitsbergen is a place that never sees the night. Your ship will take you closer to this fascinating archipelago and, more particularly, the Hornsund fjord. Considered to be Svalbard’s southernmost fjord, it is especially reputed to be its most stunning: at the end of its vast bay, 8 great glaciers slowly make their way down to the sea before giving way to the many icebergs elegantly drifting along its cold and mysterious waters. 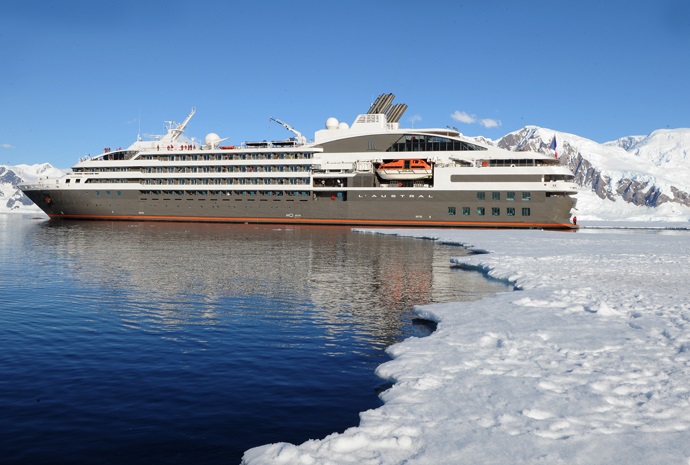 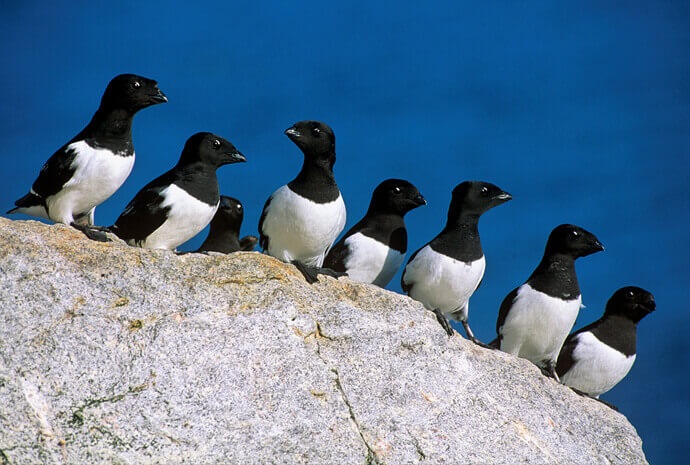 Nestling in north western Spitsbergen, Magdalena Bay is one of Svalbard’s unmissable sites. In a spectacular landscape of snow-topped Alpine mountains, deep fjords, beaches and majestic glaciers, it offers multiple opportunities for wonderment. We will not be surprised to observe whales, walruses, seals, common eiders, terns, polar bears and Arctic foxes there. The site of Gravneset, located in Magdalenafjorden, is home to the remnants of a former whaling station used during the 17th century, as well as the graves of many sailors buried here up until the end of the 18th century. Not far from here, the Gully Glacier offers a magnificent view, a delight for photographers.

At first sight, the small island of Ytre Norskøya seems to be sterile and arid land. But once you are ashore, you will be welcomed by a thick carpet of golden moss, dotted with pygmy buttercups, Svalbard poppies and lichen. On the beach are the remains of the ovens that were used to melt whale blubber, precious evidence of the history of the whalers who came and set up in this area as of the 17th century. Another trace of the past: the presence of one of the largest cemeteries in Svalbard, with no fewer than 165 tombs. The Ytre Norskøya cliff is home to many sea birds, including little auks, barnacle geese, Atlantic puffins and thick-billed murres. 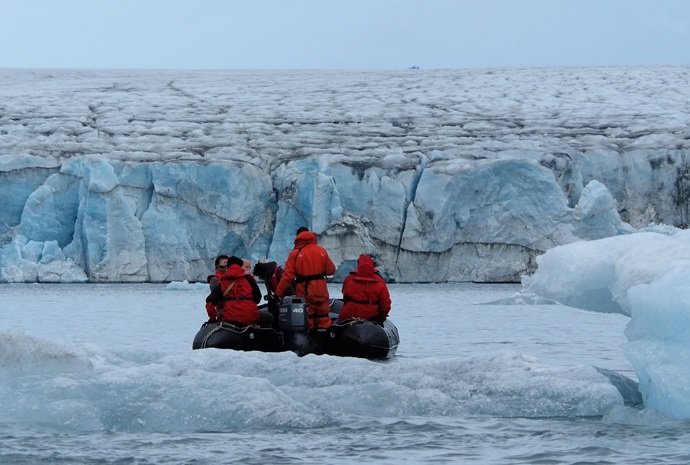 Sailing toward the ice floes

Your captain will sail right up to the limit of the ice, to the edge of the ice floe. Weather conditions and state of the ice allowing, you will be able to go out in a Zodiac® dinghy for a unique experience in the middle of these floating slabs of ice. In addition to this grandiose journey through the middle of these floes with their cut and blue-tinged edges, sometimes over 2 metres thick, it is also often an opportunity to see a particular kind of fauna, totally dependent on the ice floe: birds, seals and polar bears. 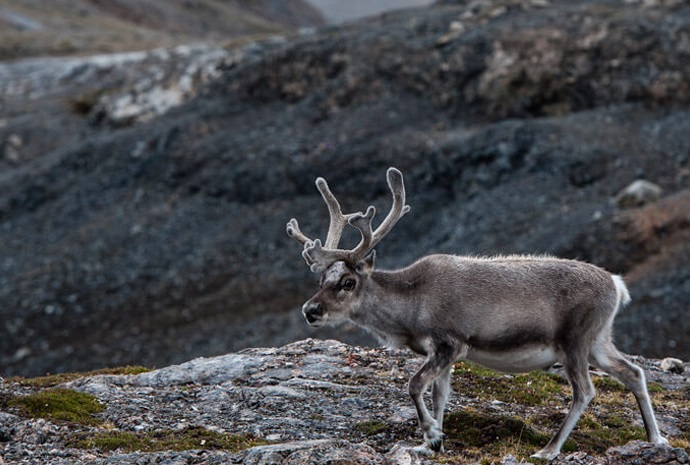 At the entrance to Cross Bay, between tundra, plutonic rocks and mountains covered with a surprising endemic flora, the glacier’s surroundings are frequented by numerous birds (Tridactyl gulls, thick-billed murres, barnacle geese, common eiders, Atlantic puffins…), as well as Arctic foxes and reindeer. As you arrive in front of the glacier, admire the impressive wall of ice and the reflection of the cliffs in the water. It is quite common to see a section of ice come loose, or a bearded seal lounging on an iceberg.

During your cruise, discover Ny-Ålesund, a former mining town that has been transformed into a scientific base. Founded in 1916, this small town was the departure point for many Arctic expeditions, including those of the famous explorer Roald Amundsen. Don't miss a visit to the museum and its famous post office, considered to be the most northerly in the world! 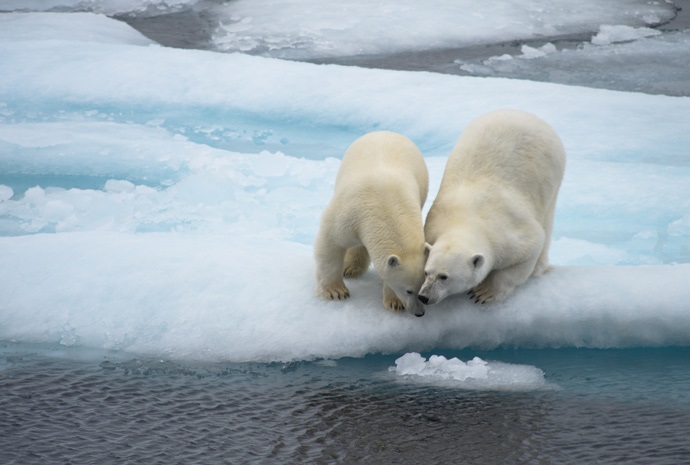 At the northern entrance of Isfjorden, there is a small paradise for bird lovers: the Alkhornet Cliff. It is home to a very rich avifauna, made up of thousands of birds frolicking in a joyous tumult: gulls, guillemots, pink-footed geese, terns, seagulls, puffins, Arctic skuas… The Alkhornet Cliff, easily recognisable by its rhinoceros-horn shape, is also frequented by reindeer, which are not overly timid. Attracted by the tundra that covers the foot of the mountain, they come to graze in peace in a verdant setting covered with grass and moss. With a little luck, you will perhaps have the opportunity to see some seals and Arctic foxes, who are also regular visitors.

Situated deep inside Isfjorden, the Nordenskiöld Glacier is one of the very beautiful discoveries of your cruise. Its front of ice, nearly 5 km wide, is one of the most spectacular in the Svalbard Archipelago. 30 metres high, the glacier, like a gigantic frozen statue whose sections of ice sometimes come spectacularly loose, is impressive. The polar bear, the king of the Arctic, will perhaps make an appearance in these parts, which are also frequented by reindeer and seals. 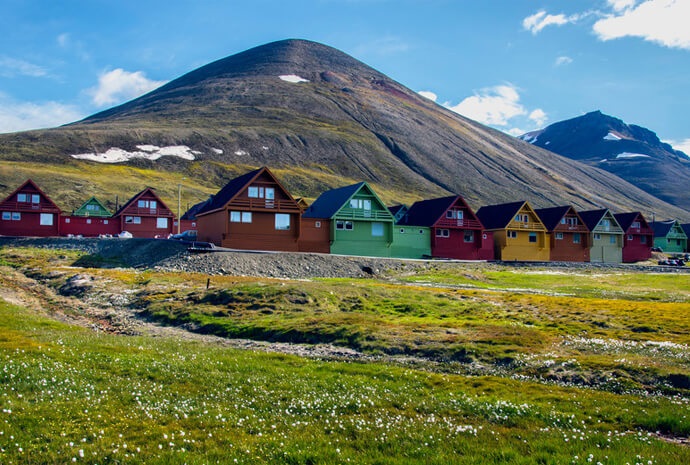 Longyearbyen is the capital of the Norwegian Svalbard archipelago, located on Svalbard’s main island, and is the northernmost territorial capital on the planet. With winter temperatures dropping to below 40°C, the landscapes of this mining town are simply breathtaking. The glaciers, the mountains stretching as far as the eye can see and the untouched nature, make you feel like you’re in completely unexplored territory.

Disembark in the morning and transfer to airport for flight back to Paris. 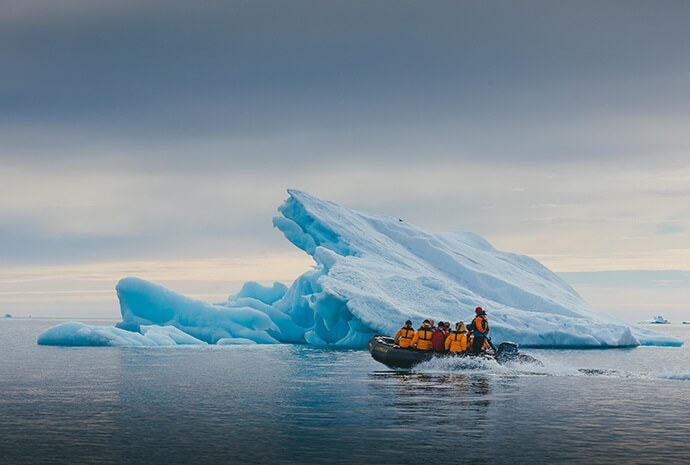 This very special expedition voyage takes in four of the most iconic islands in the Arctic region. See polar bears, reindeer, walrus and spectacular s...

Book select dates by June 29th and receive up to 20% off select standard cabins and 25% off premium cabins! PLUS an additional 10% discount if you pay in full within 30 days of booking!! 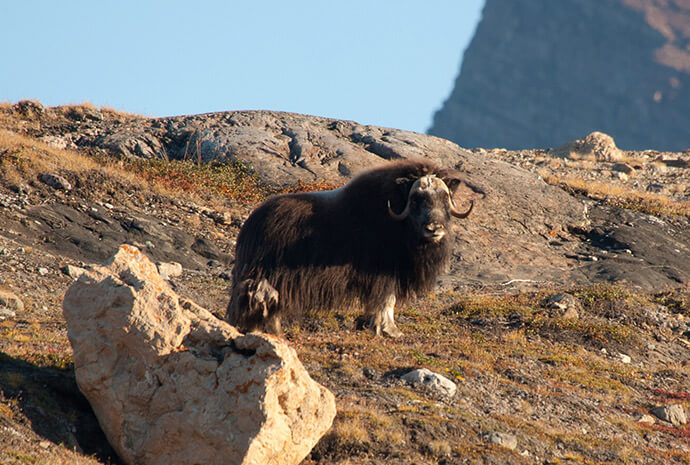 This special Arctic Odyssey is a once in a lifetime opportunity to sail from Spitsbergen to Northeast Greenland, Jan Mayen and back to Spitsbergen in ... 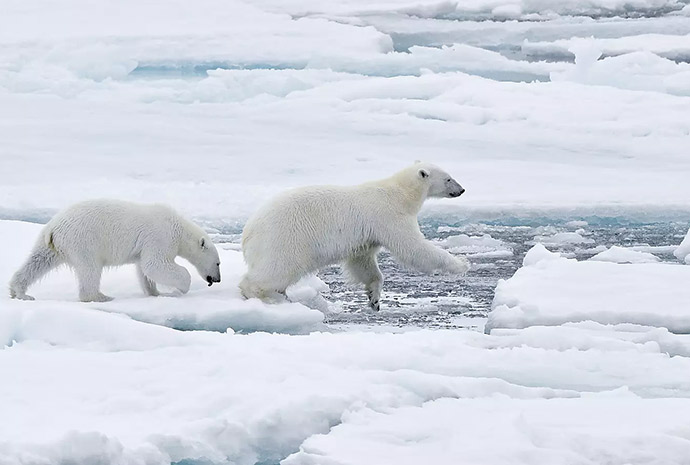 From Greenland to Svalbard in Luxury

Enjoy an exceptional experience roaming the Far North, as close as possible to the Arctic’s most legendary islands, from majestic Greenland to the imm...