Join us for a journey to Svalbard and East Greenland, to see isolated islands, remote landscapes, glaciers, and to look for walrus and musk oxen and the indomitable Polar bear. Noble, robust and monumentally large, any sighting of these beasts is sure to set pulses racing. Aboard the resilient Silver Explorer and by Zodiac, go past spectacular bird cliffs in Bear Island and Svalbard, marvelling at the number of guillemots and gulls that congregate using these cliffs to nest. In Svalbard, you will encounter fascinating landscapes, mountains, fjords and glaciers while looking for walrus and polar bears. In East Greenland we will hope to enter into perhaps the largest fjord system in the world. Throughout the voyage, learn about the geology, wildlife, botany and history of this spectacular region from lecture presentations offered by your knowledgeable on board Expedition Team.

This vessel offers single occupancy cabins, which is a perfect option for solo travellers. Travelling alone is often the best way to see the world. No responsibilities, no difficult choices and no trying to please anyone else…just you, your itinerary and your adventurous spirit! 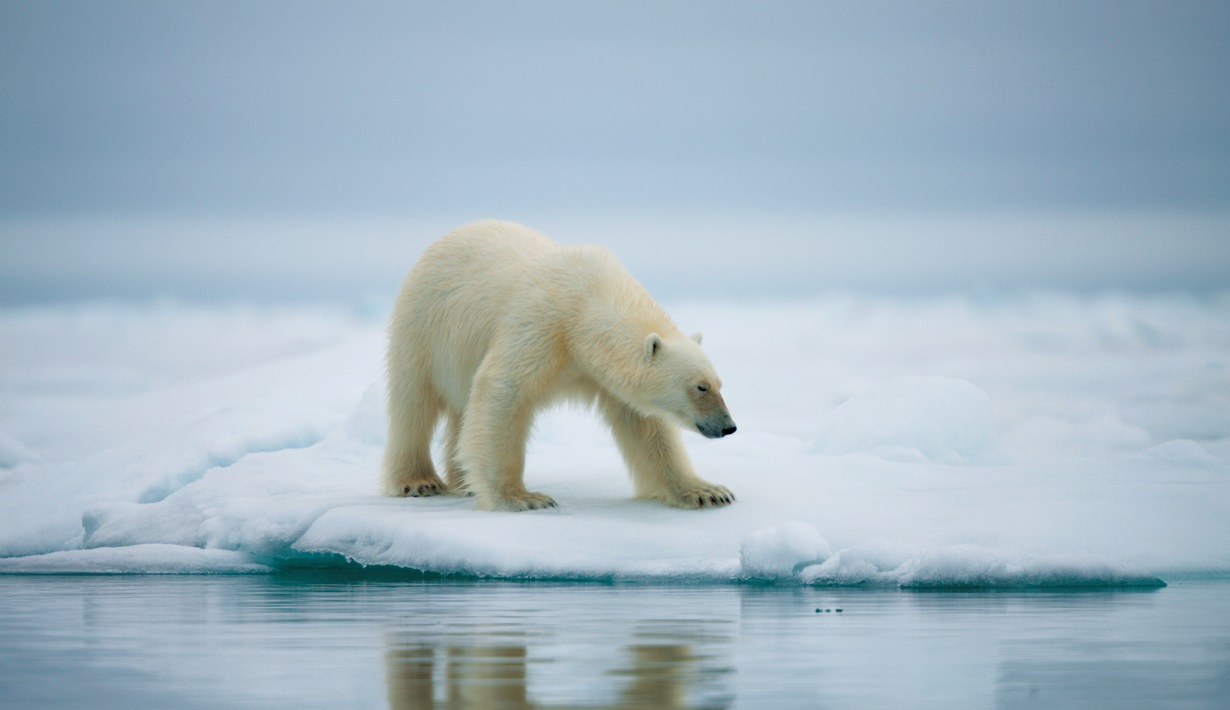 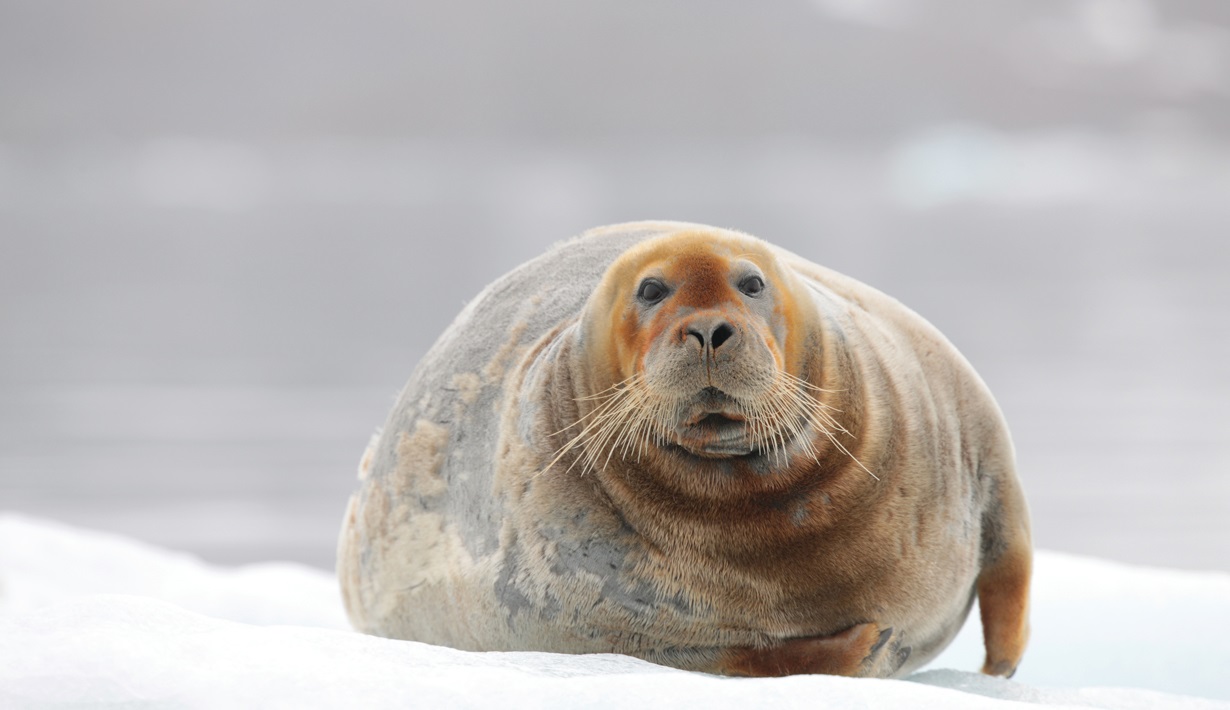 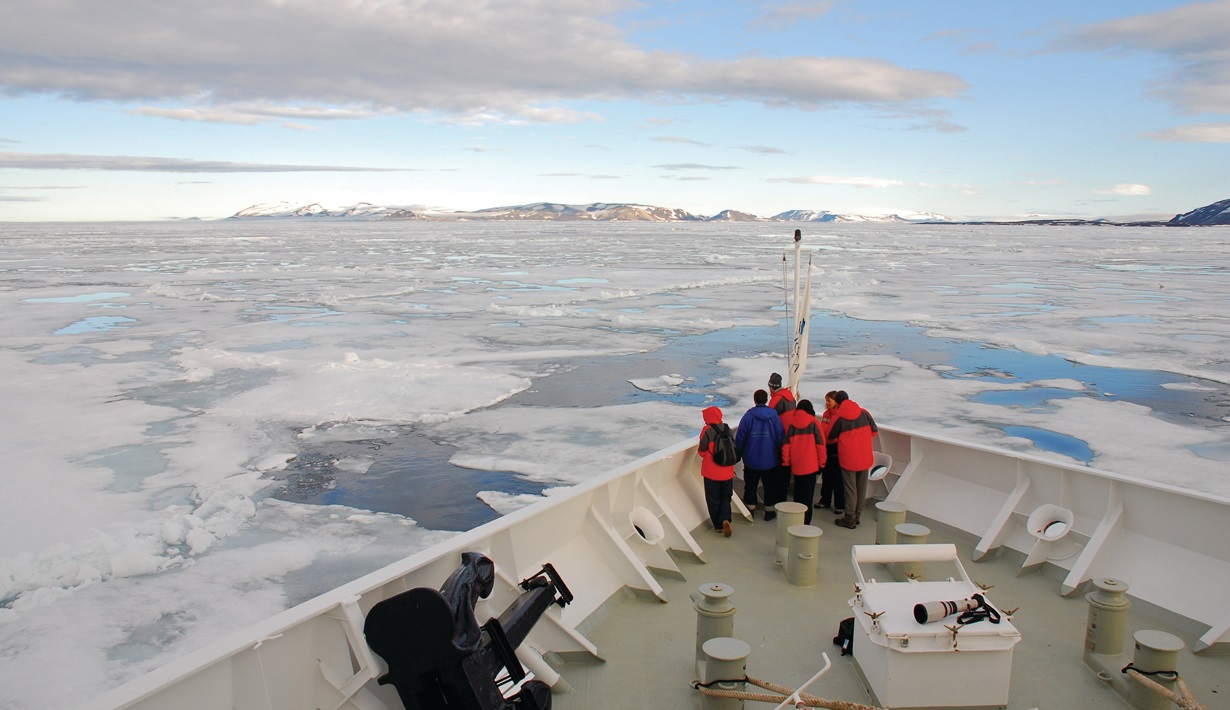 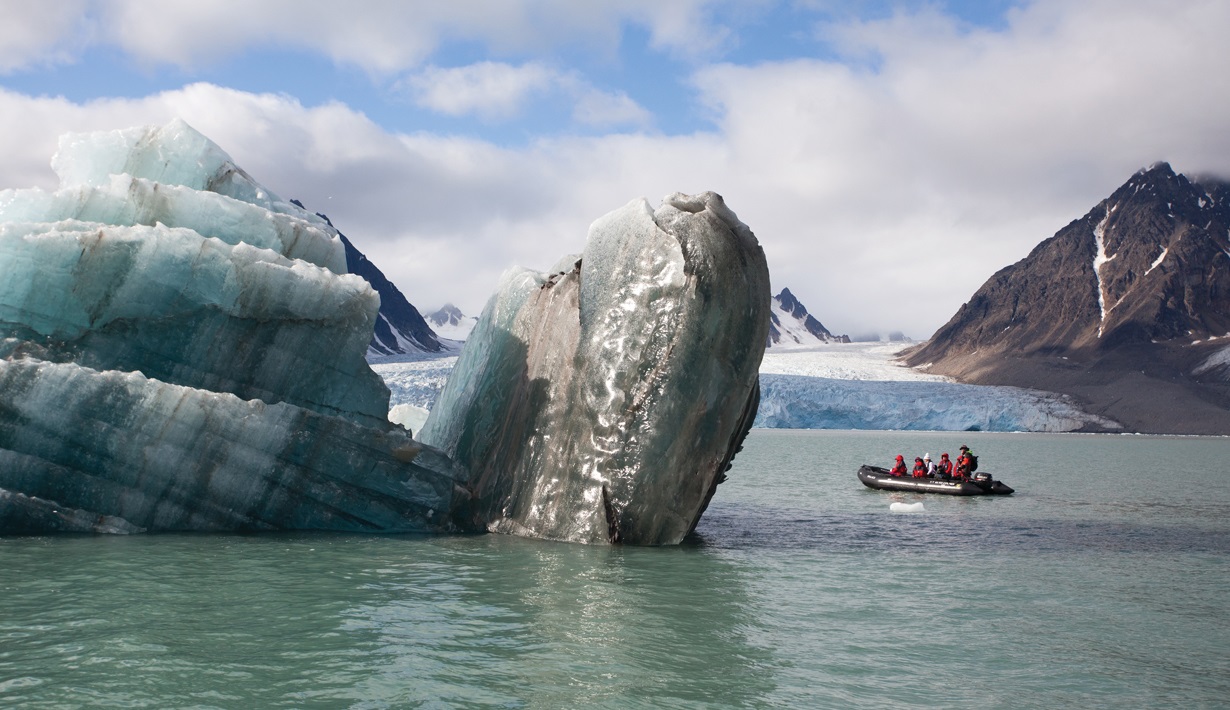 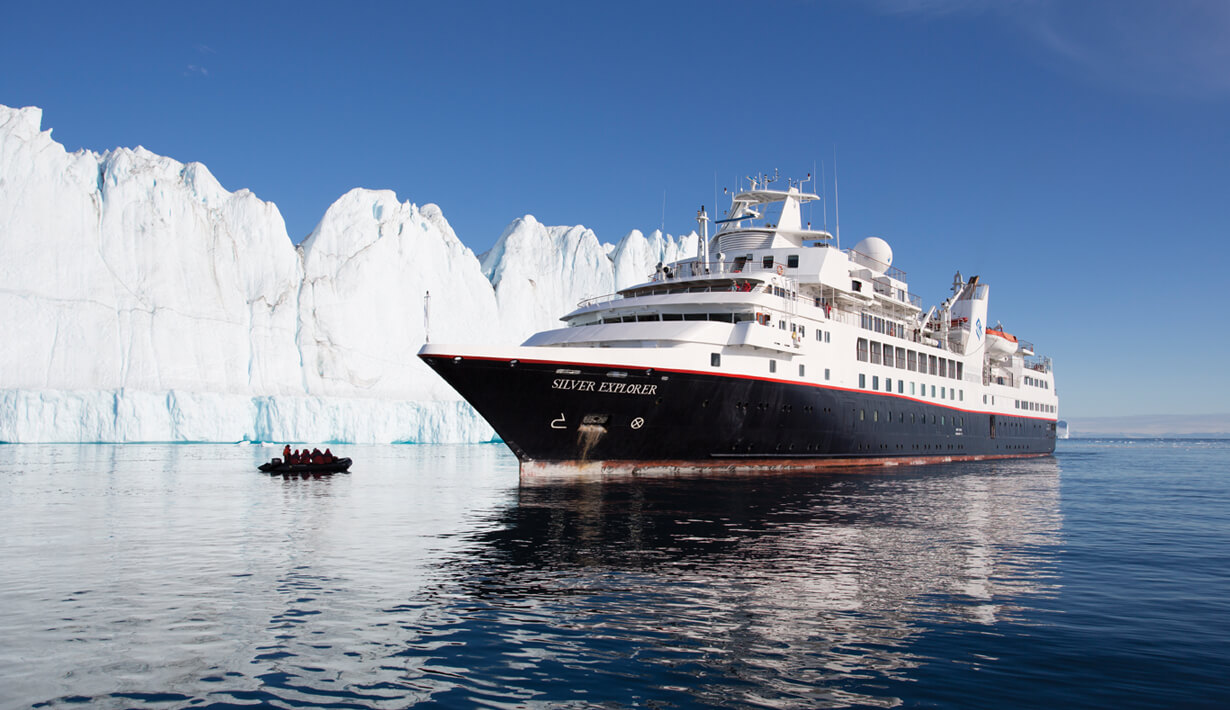 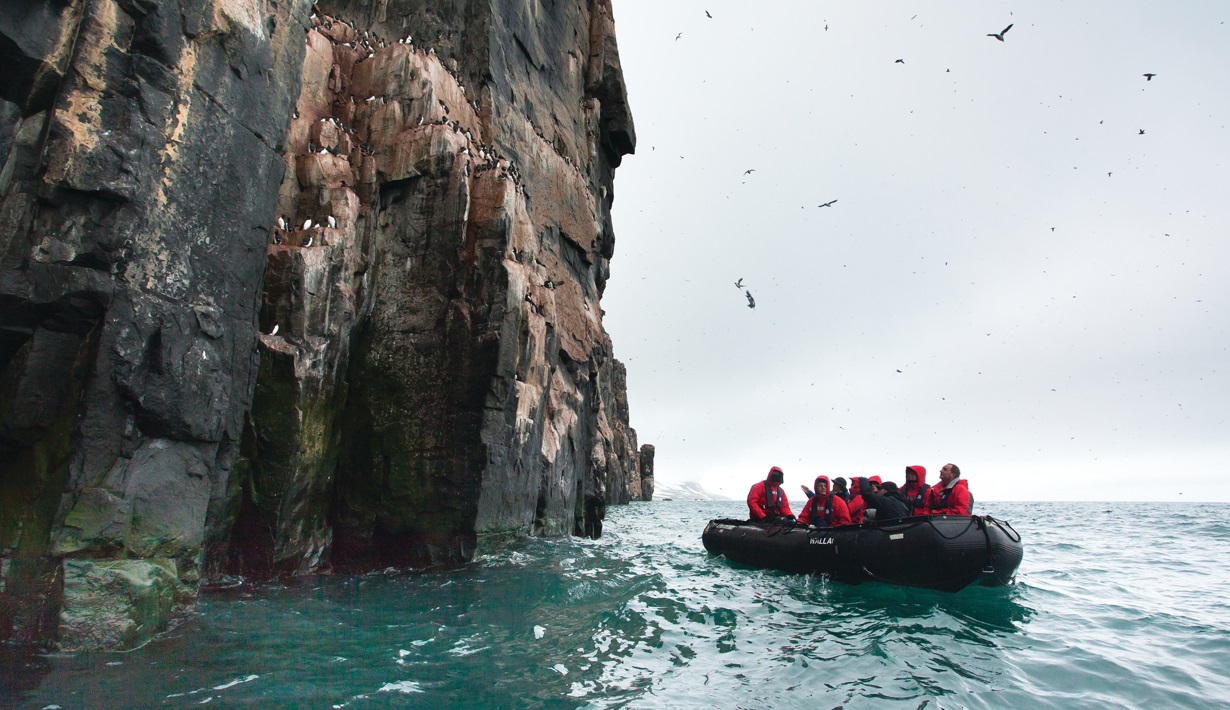 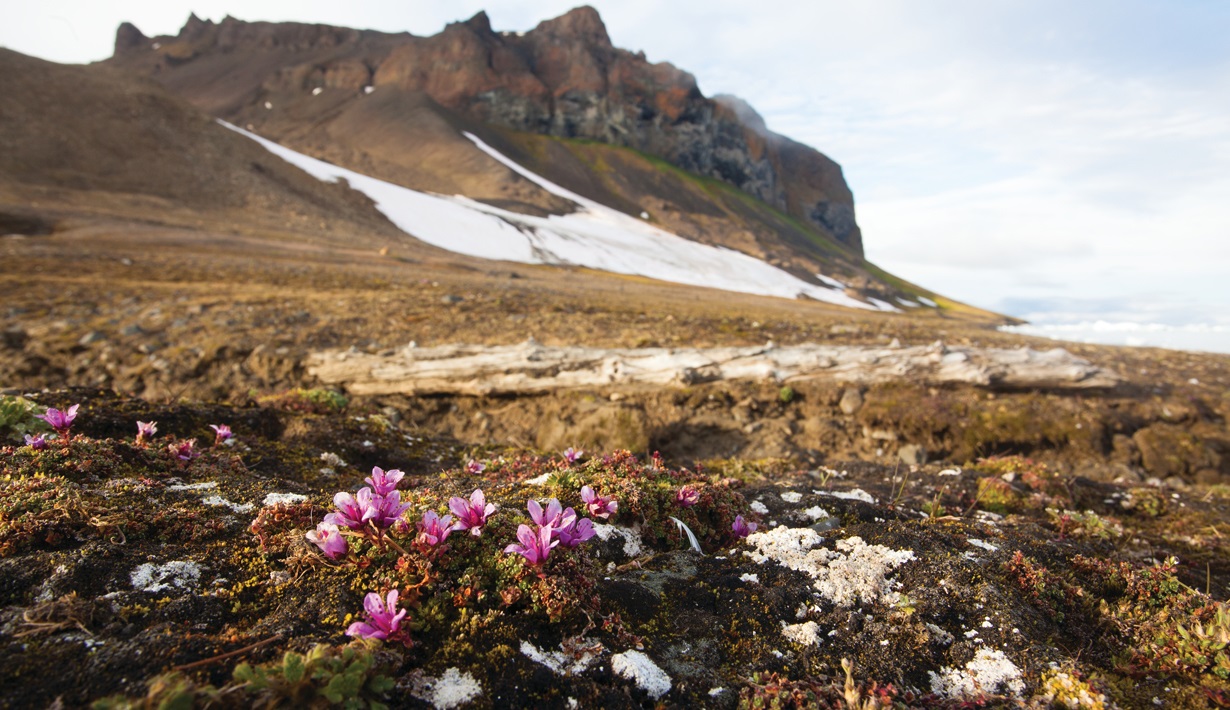 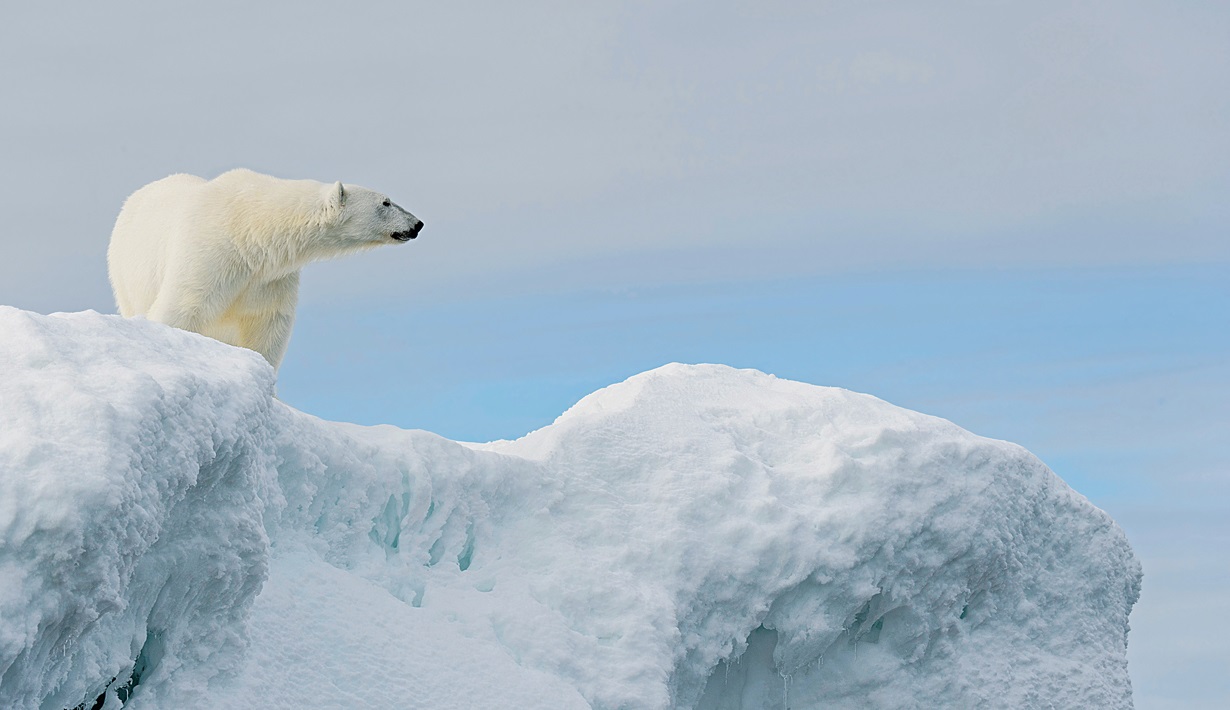 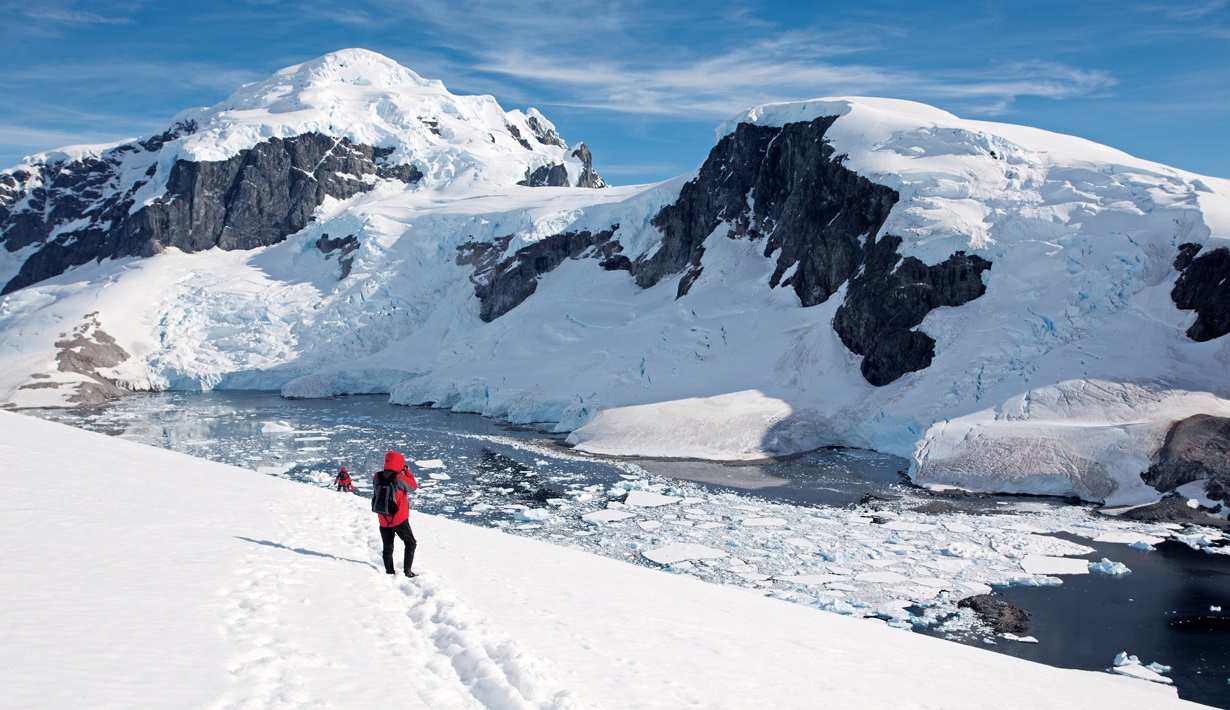 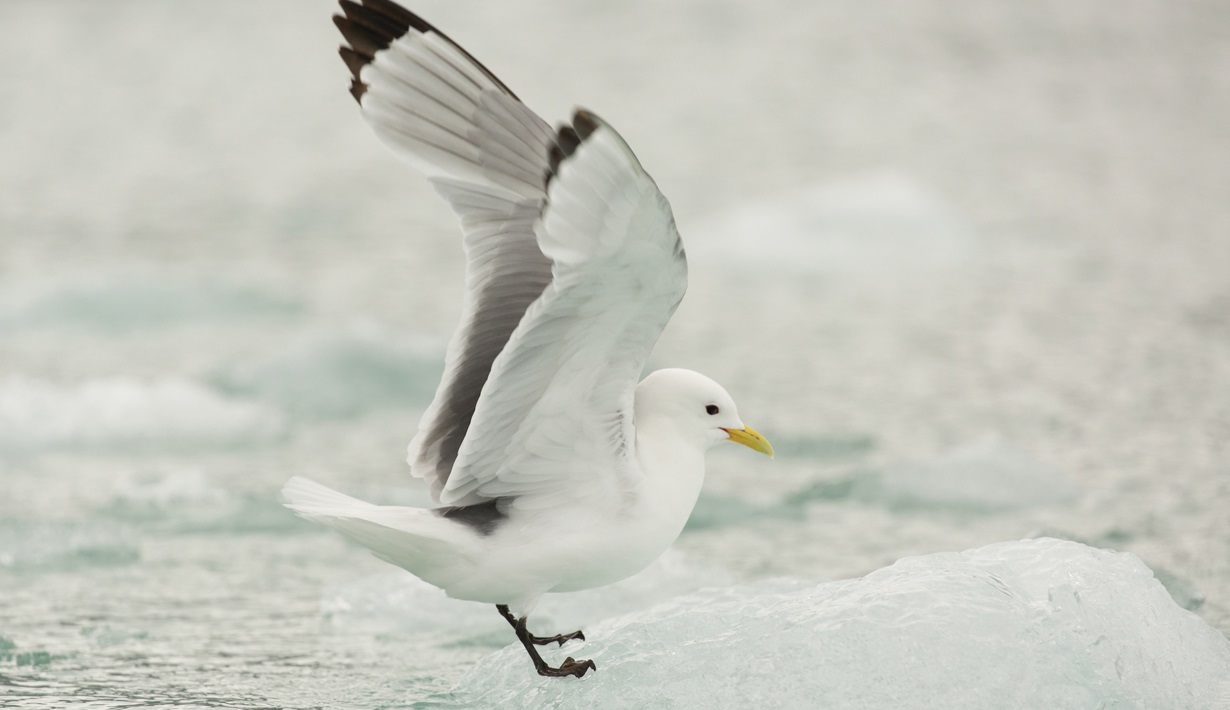 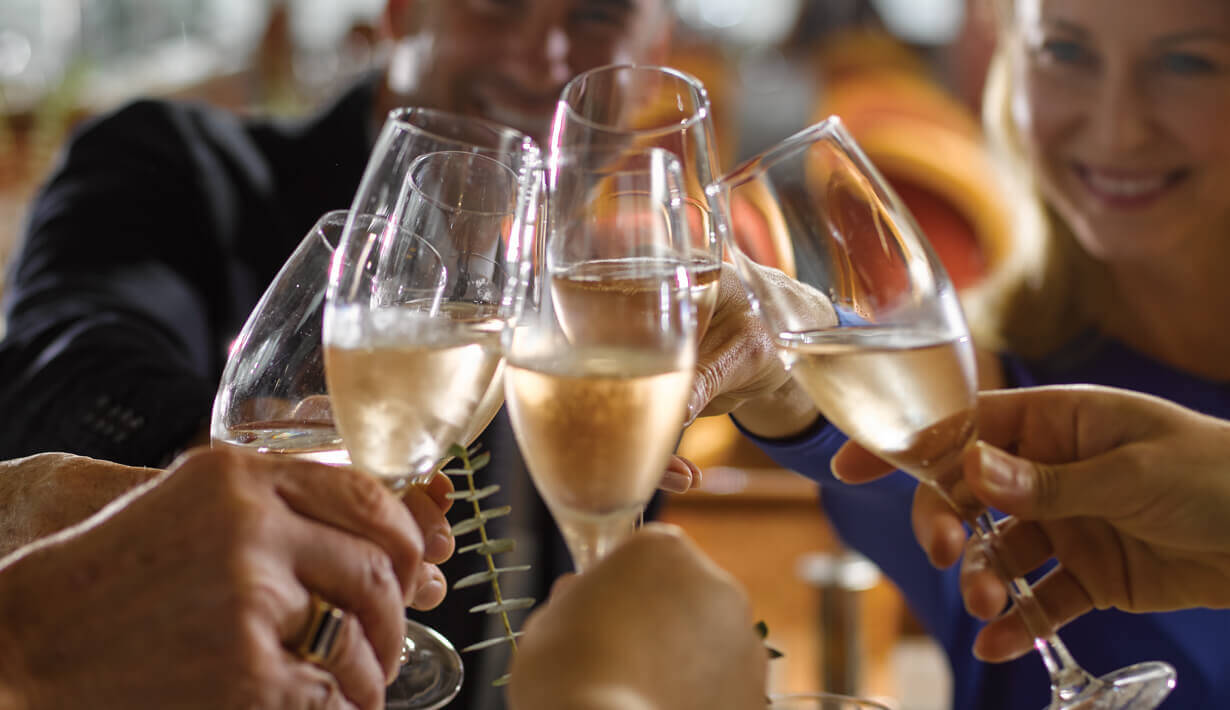 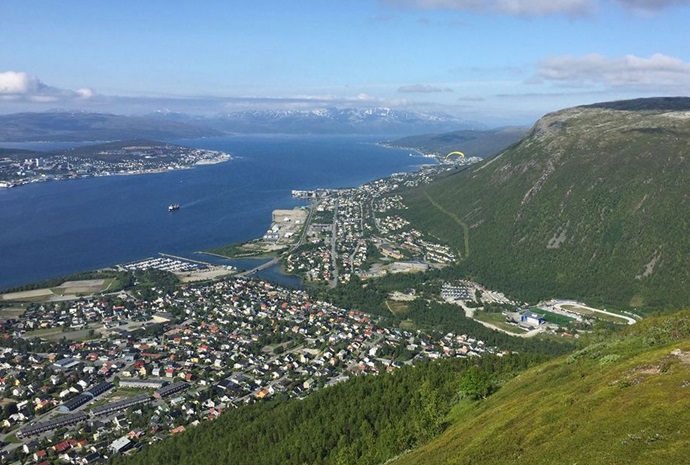 Arrive in Tromsø independently and board Silver Explorer in the evening. Settle in and attend a mandatory safety drill before leaving port. During the evening you will be introduced to some of the important crew members and your Expedition Team.

You may wish to arrive a day earlier to experience this unique city. Tromsø surprised visitors in the 1800s: they thought it very sophisticated and cultured for being so close to the North Pole—hence its nickname, the Paris of the North. It looks the way a polar town should—with ice-capped mountain ridges and jagged architecture that is an echo of the peaks. 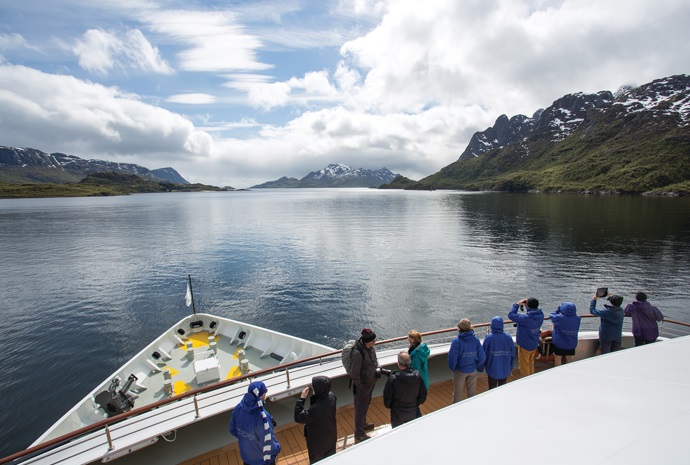 As we sail towards Bear Island, familiarise yourself with the elegant Silver Explorer and the Expedition Team members. Attend wildlife, geography and history discussions hosted by our expert naturalists and guest lecturers preparing you for the exciting adventures that lie ahead. 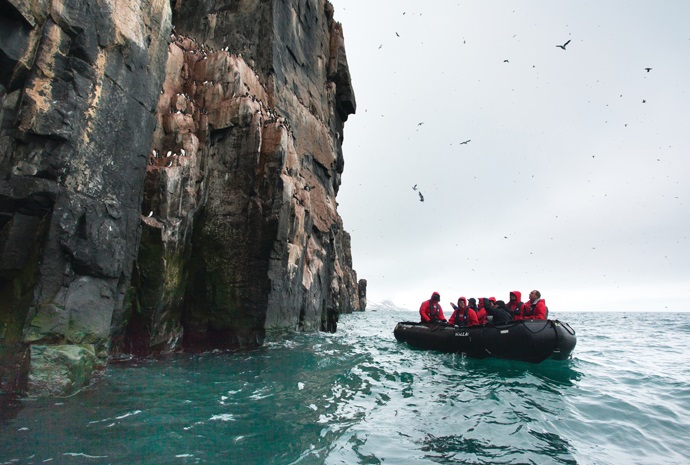 Almost half way between Tromsø and Svalbard is isolated Bear Island – considered the southernmost island of the Svalbard Archipelago. The unglaciated island is an impressive Nature Reserve of steep, high cliffs that are frequented by seabirds, specifically at the southern tip. Brünnich’s Guillemots, Common Guillemots, Black Guillemots, Razorbills, Little Auks, Northern Fulmars, Glaucous Gulls, Black-legged Kittiwakes, and even Atlantic Puffins and Northern Gannets nest along the cliffs south of Sørhamna. Weather depending, we will take the Zodiacs to explore the rugged coastline. 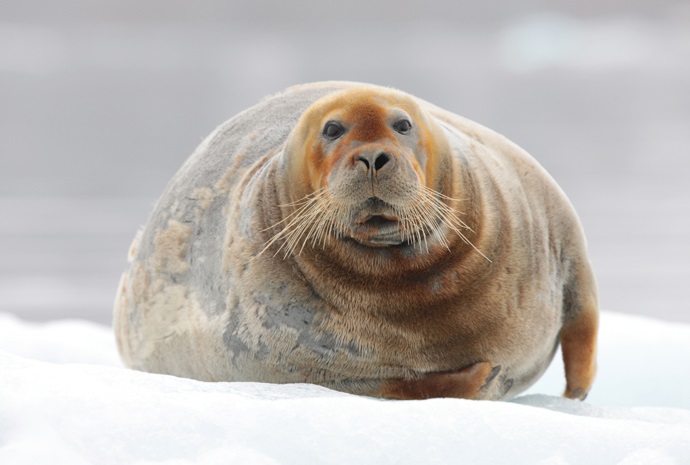 In the fjords of southern Svalbard, search the ice and shorelines for seabirds, walruses, seals, and polar bears. Shore walks and Zodiac landings will bring you close to mystical wintry settings. The Expedition Leader and Captain will determine Explorer’s best course, depending on changing weather, ice conditions and the wildlife we encounter. 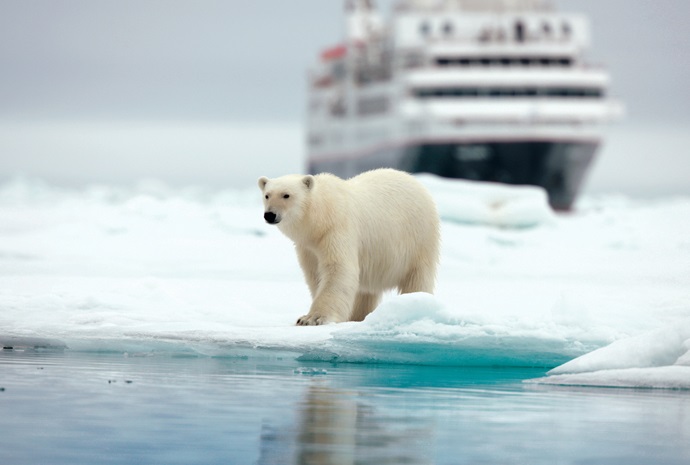 Silver Explorer will have a number of expedition options in northern Svalbard past majestic red Devonian sandstone mountains to reach the end of Liefdefjorden, for Zodiac cruises in front of glaciers and looking for seals, Black-legged Kittiwakes and Ivory Gulls. From the deck of the ship search for walrus and polar bears as we devote time to explore the pack ice north of Spitsbergen. Conditions permitting, we might head out in the Zodiacs for an even closer look. 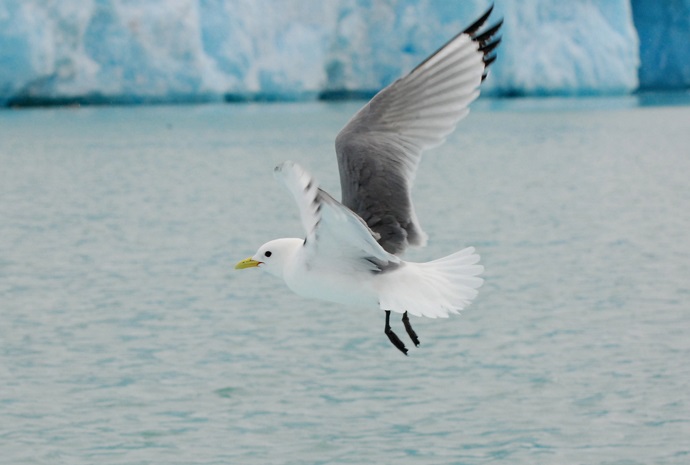 Our knowledgeable Lecture Staff members are experts in a variety of scientific fields. Gather in The Theatre to hear their fascinating tales of adventure and to learn more about the region’s endemic wildlife and remarkable nature. Other onboard diversions include spa treatments, a workout in the Fitness Centre, and, of course, exquisite dining experiences. 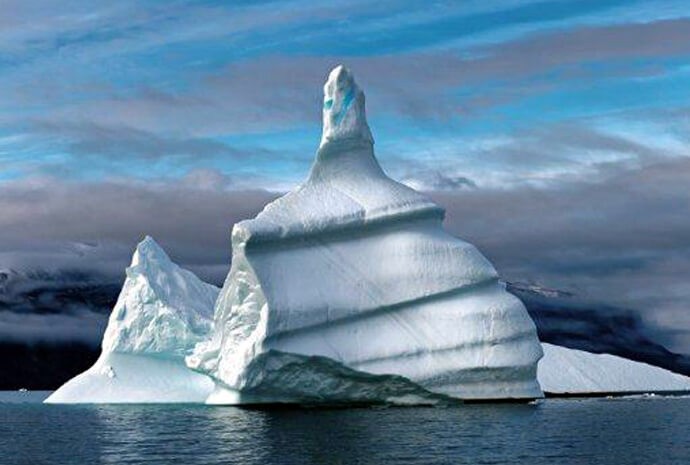 The massive fjord is tucked into the eastern coast of Greenland and on the icy western edges of the Greenland Sea. Scoresbysund’s scale deserves several days to explore, especially while plying the waters between castle-sized icebergs as they gently drift under the persuasion of the Arctic waters in the mighty fjord. Scattered in the remote bays and smaller fjords are places to discover old Inuit settlements, slowly growing over with Arctic willow and dwarf birch.

Scoresbysund is named for the Arctic explorer and whaler William Scoresby who charted the region in 1822. Conditions permitting we will enter this, the largest and longest fjord in the world, to look for spectacular icebergs and fascinating wildlife. We hope to cruise by Zodiac along the coastline to look for Arctic hares and musk ox. A landing at Danmarksø reveals excellently preserved remains of an Inuit settlement, abandoned about 200 years ago. Tundra walks take in impressive views of landscape, flora and fauna. 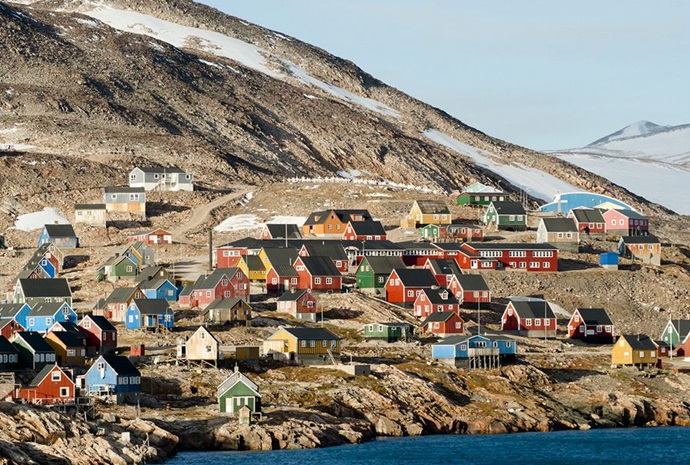 On the northern side of the entrance to the Scoresbysund fjord system stands Ittoqqortoormiit, the only permanent settlement in the region. The population here is approximately 430 people, largely dependent on a subsistence lifestyle. The inhabitants make their living hunting seals, narwhals, muskoxen and polar bears. Ittoqqortoormiit is the northernmost settlement on Greenland’s east coast, apart from a few meteorological and military stations. Brightly colored, quaint little houses and dogsled enclosures dot the rocky slopes of the settlement.

If weather and ice allow, we will walk around the village, learn about the sled dogs and their traditional uses, and visit the community’s little church. 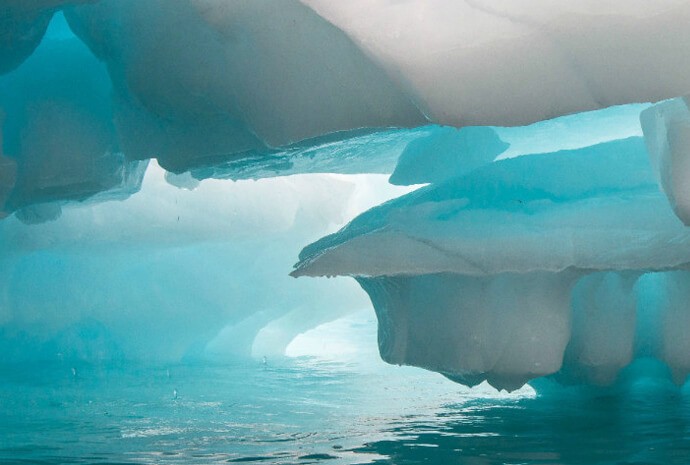 As we make our way toward Iceland, head out on deck to watch for seabirds and whales. When not attending an informative lecture, take some time to peruse the well-stocked Library, enjoy a fine cognac in the Connoisseur’s Corner or indulge in any of the other special amenities offered aboard ship. 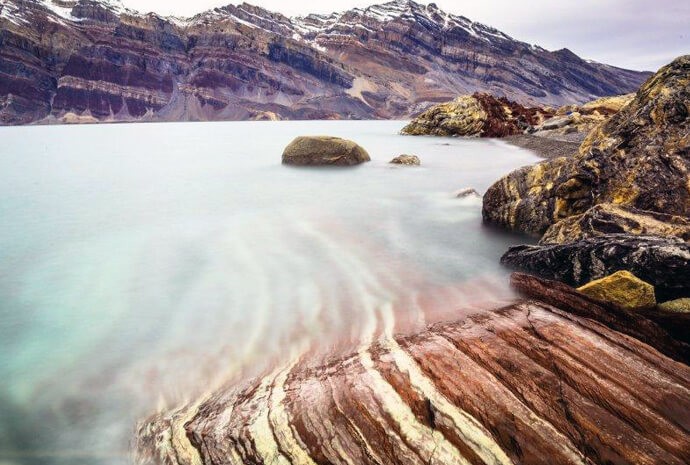 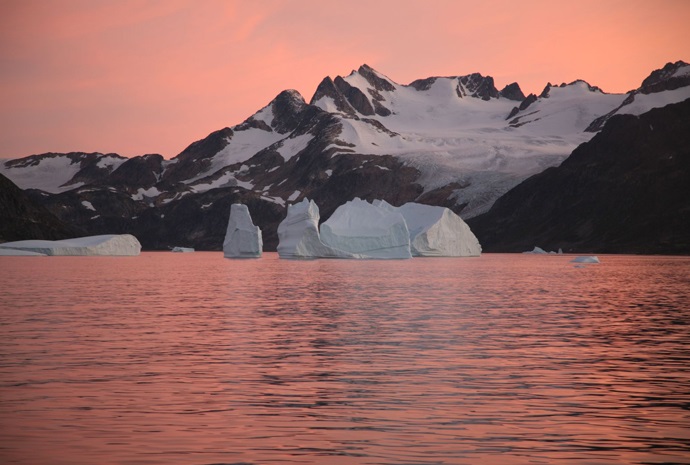 No Supplement When Sharing

A fantastic photo voyage from Iceland to the spectacular Scoresby Sund, the world's longest fjord, and the rarely visited eastern coast of Greenland. ...

Solo travellers willing to share a cabin can book a berth with no single supplement. 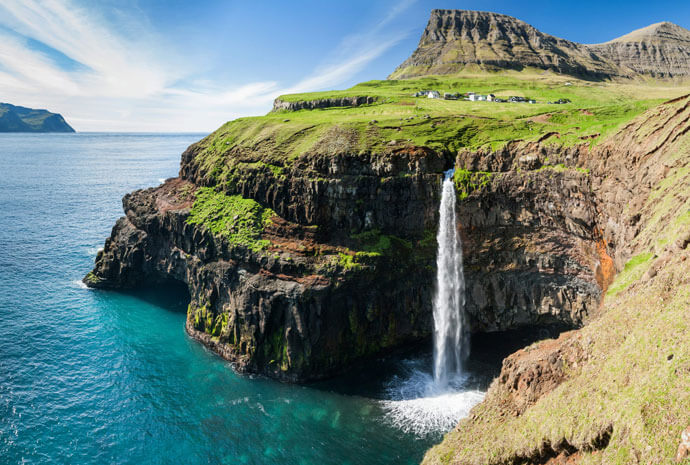 Combining some of the wildest, most rugged outliers of the North Atlantic Ocean and the High Arctic Archipelago of Svalbard, this unique expedition of... 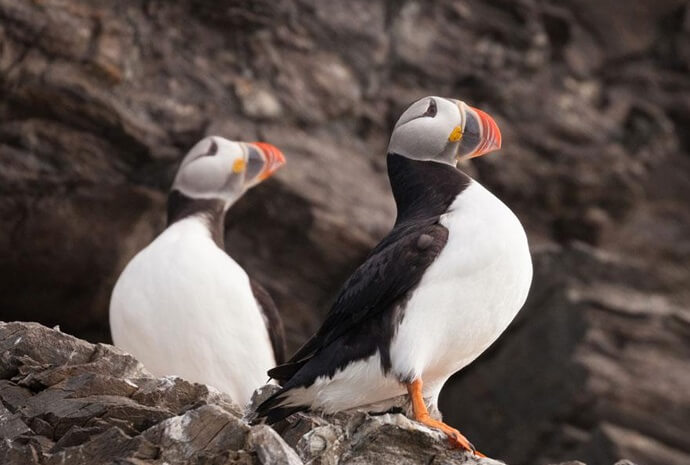 This unique “Arctic Saga” expedition cruise will see you sailing under the Midnight Sun across the North Atlantic on a true voyage of discovery. Saili...

Book select dates by April 3rd and receive up to 20% discount off select standard cabins and up to 25% off premium cabins! Plus an additional 10% discount if you pay in full within 30 days of booking!