Combine the thrill of safari with ultimate relaxation on the beach on this fantastic southern Africa twin-centre itinerary. Your holiday begins with an in-depth safari to discover the wonders of Sabi Sands in the Greater Kruger National Park, which offers fantastic chances of seeing the famous Big 5 on thrilling game drives. You will then fly to beautiful Mozambique to spend 6 nights on the incredible Azura Benguerra Island soaking up the sun, enjoying a wealth of available activities and indulging in ultimate luxury relaxation. 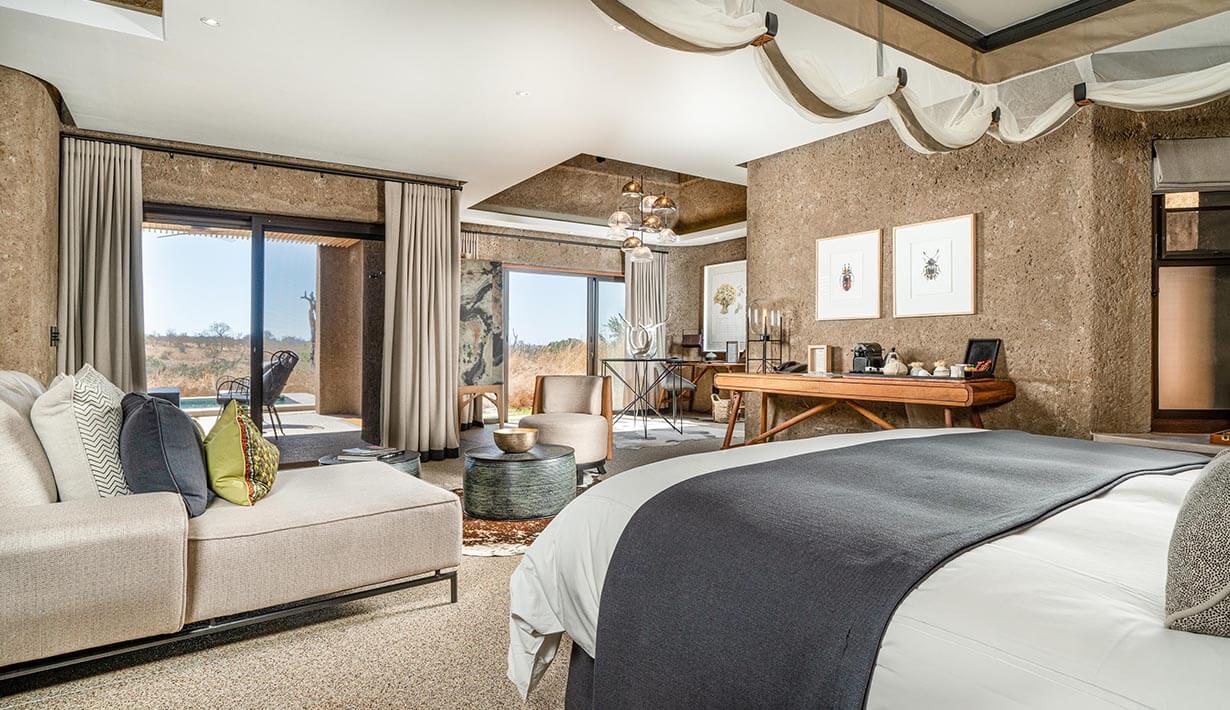 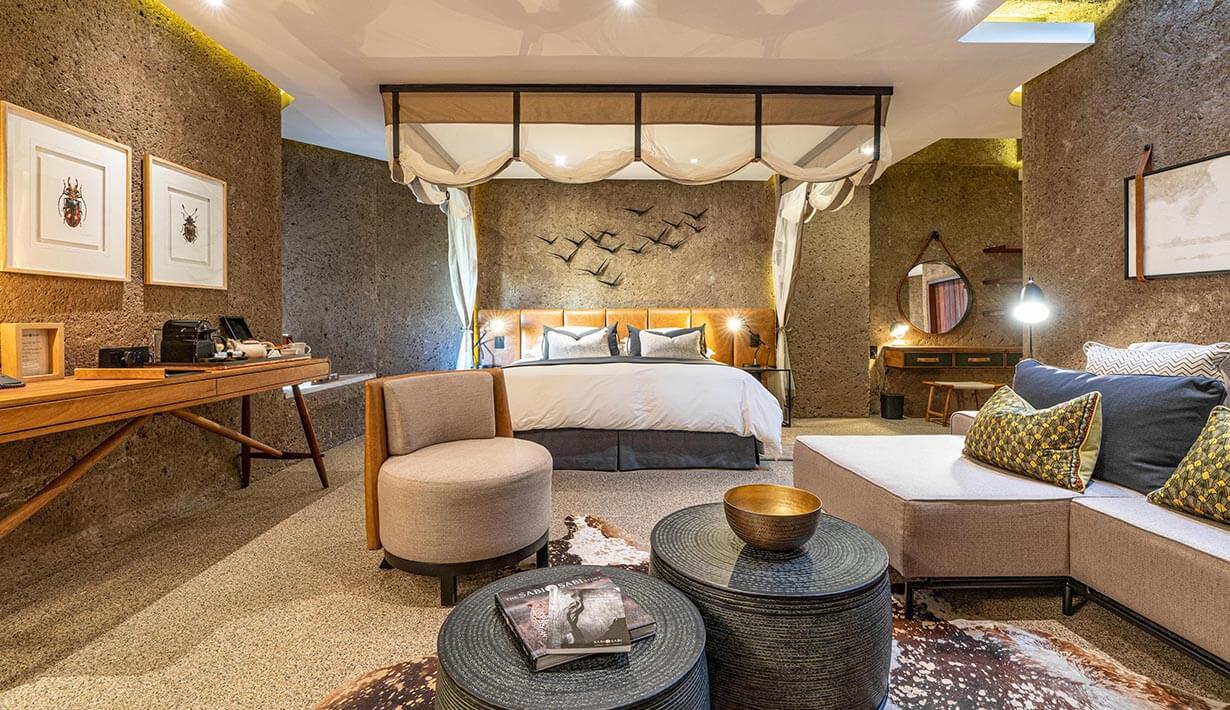 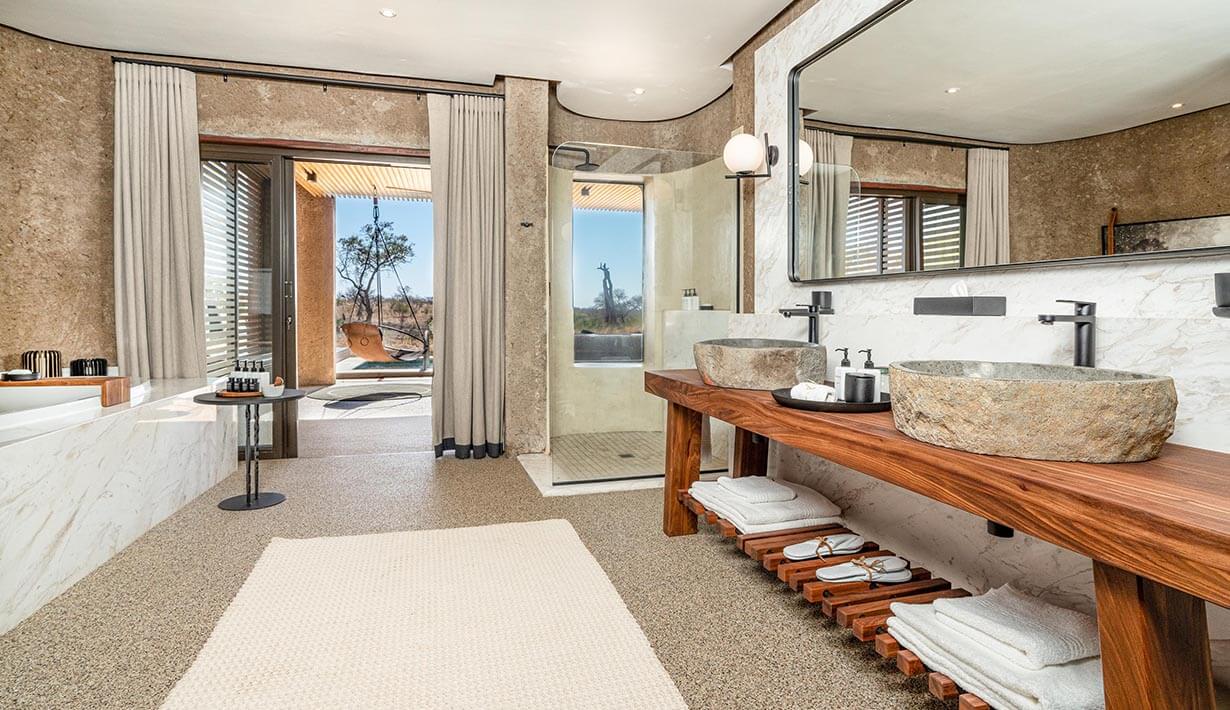 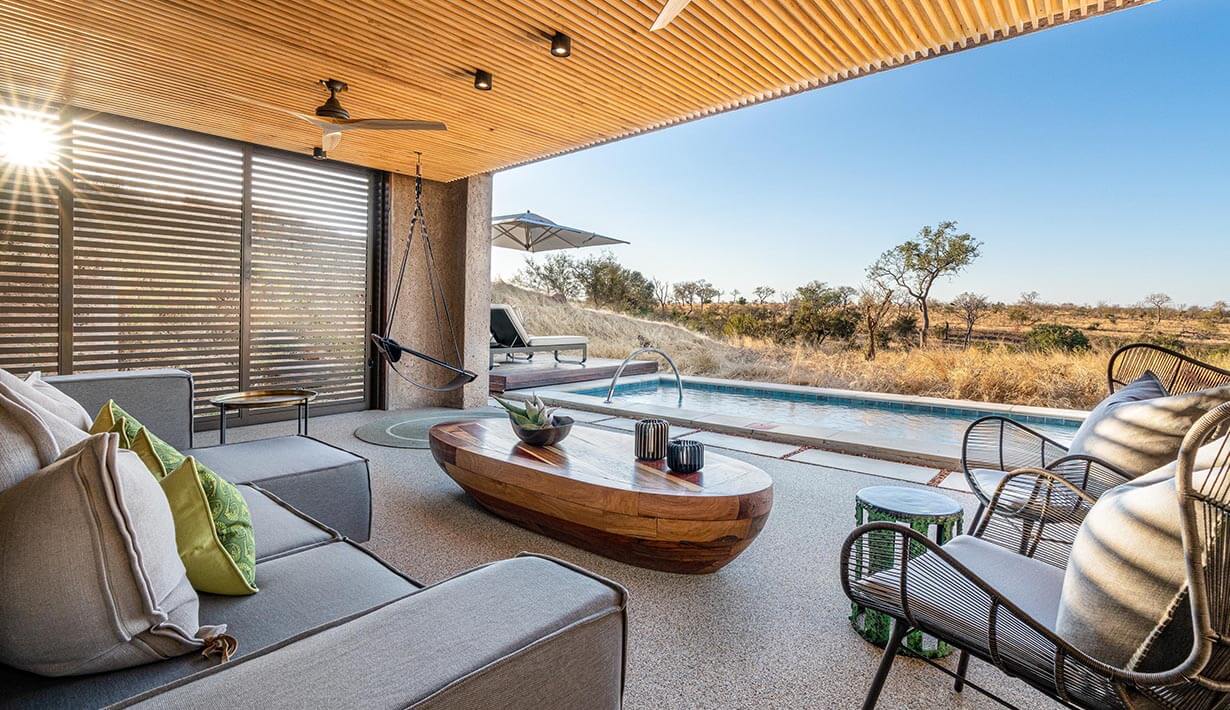 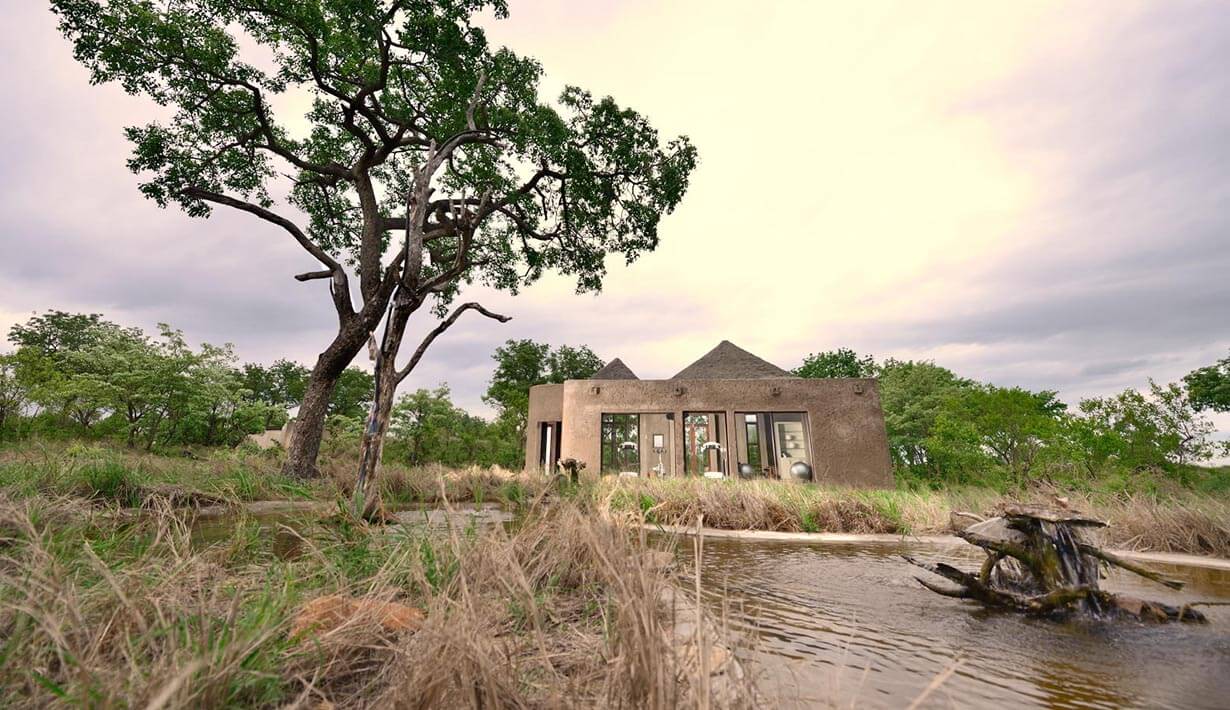 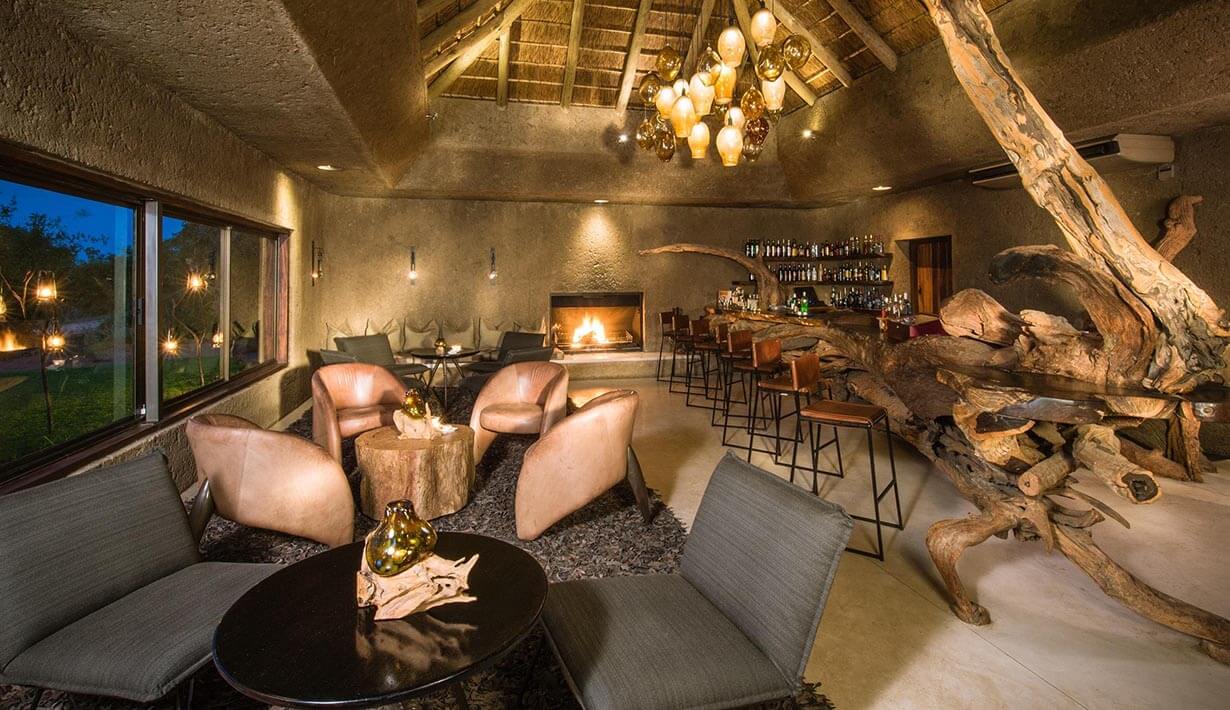 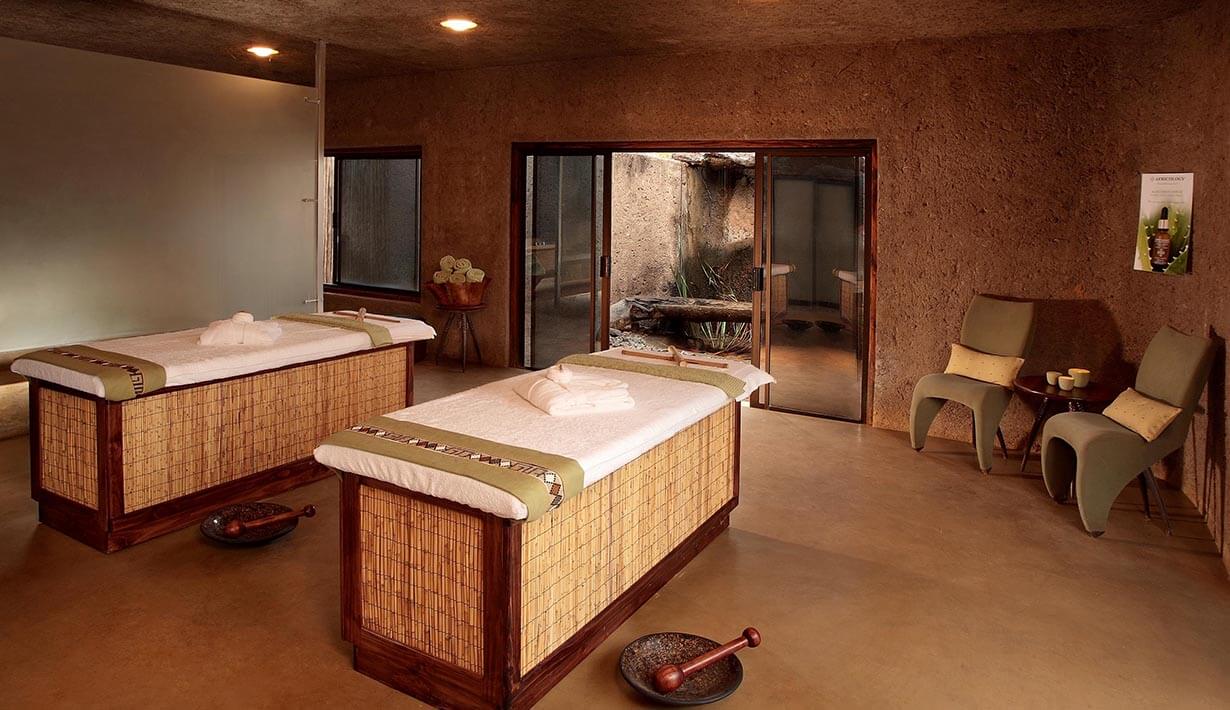 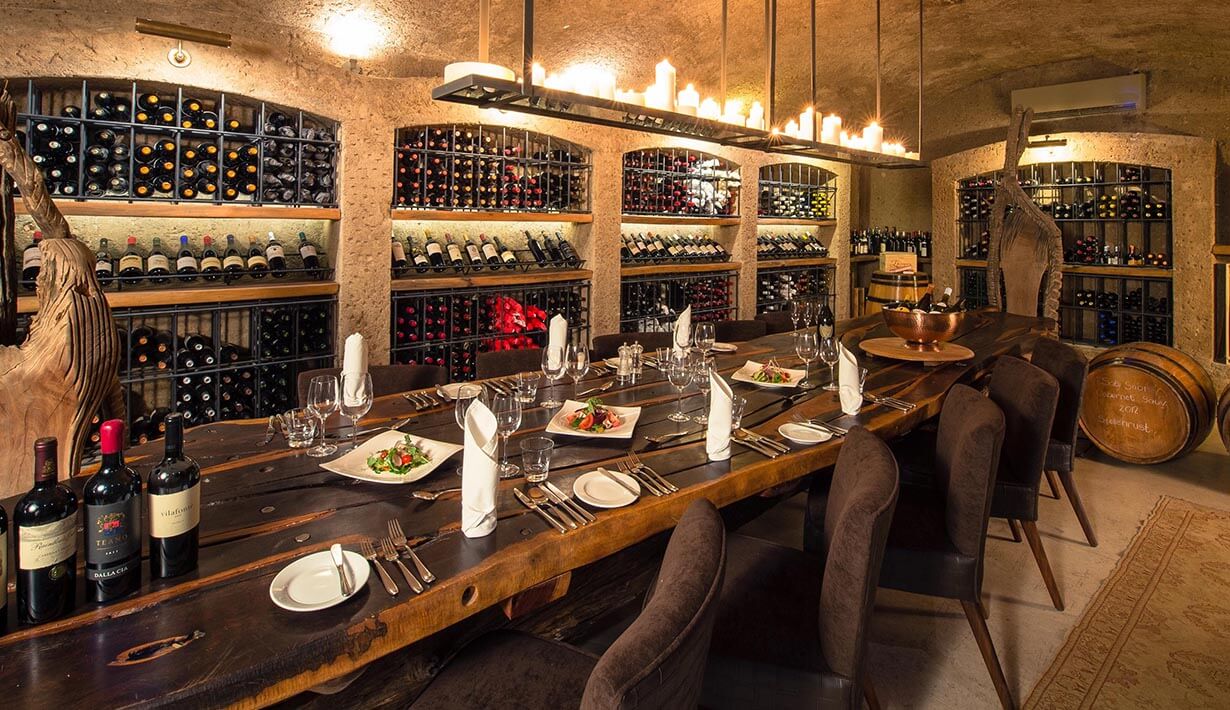 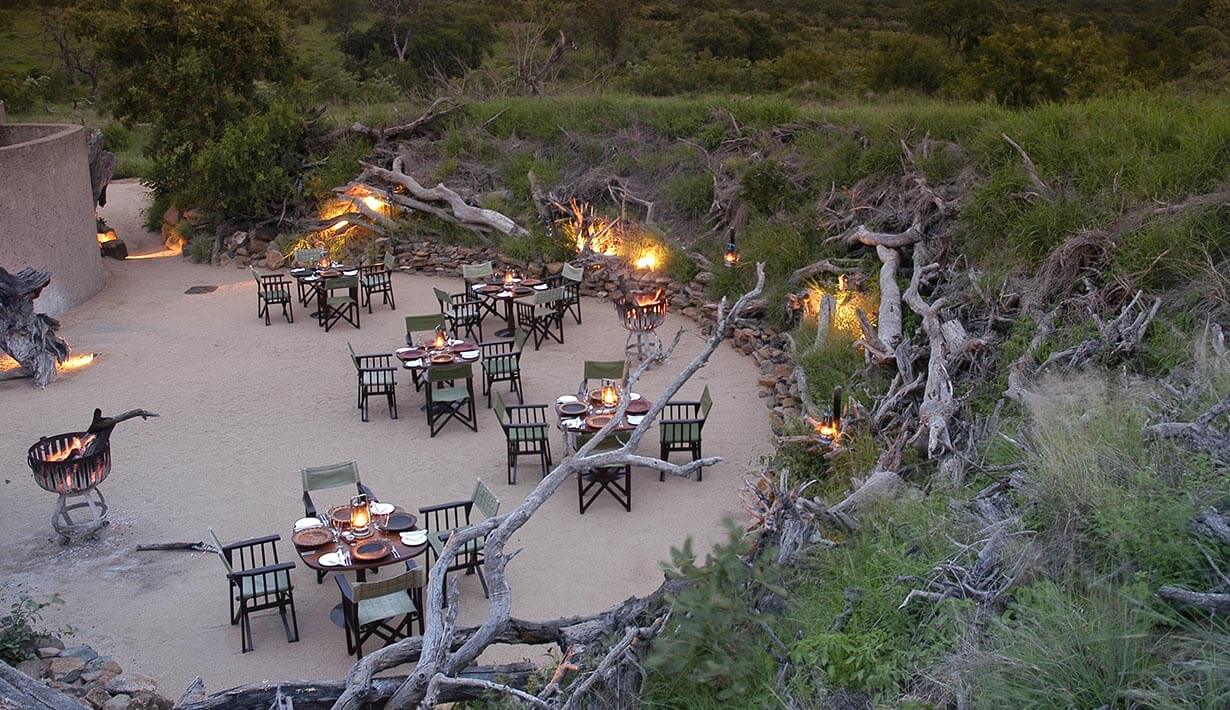 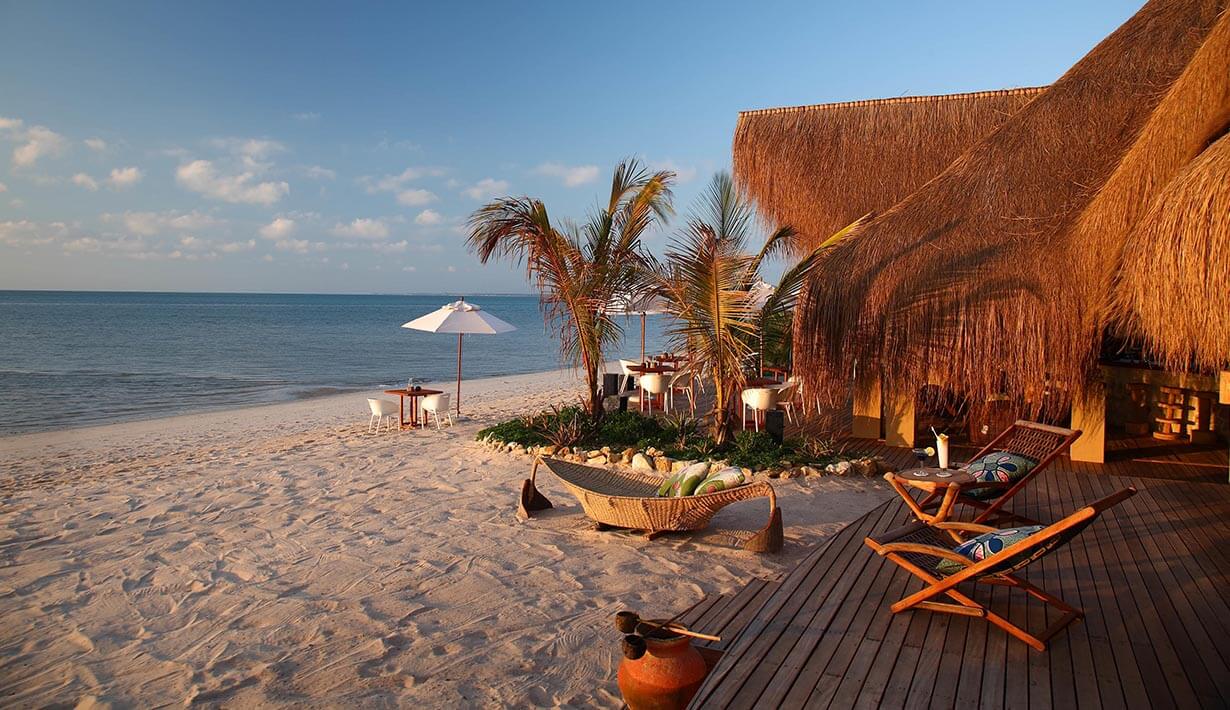 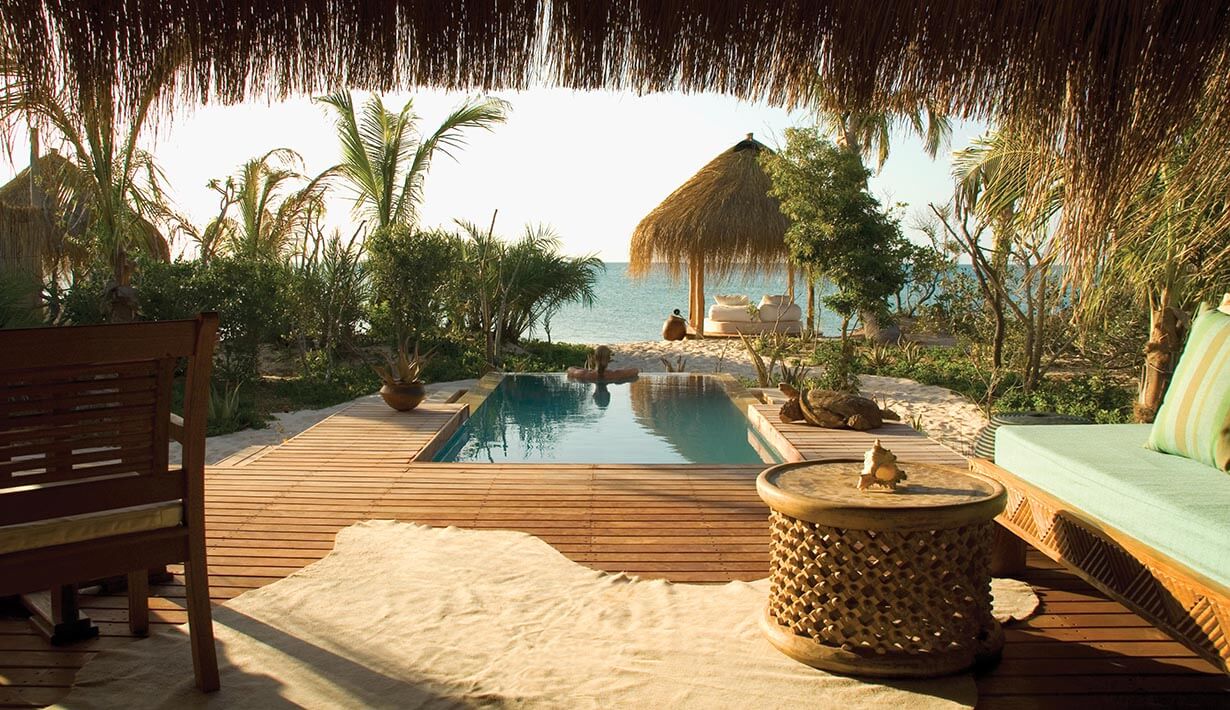 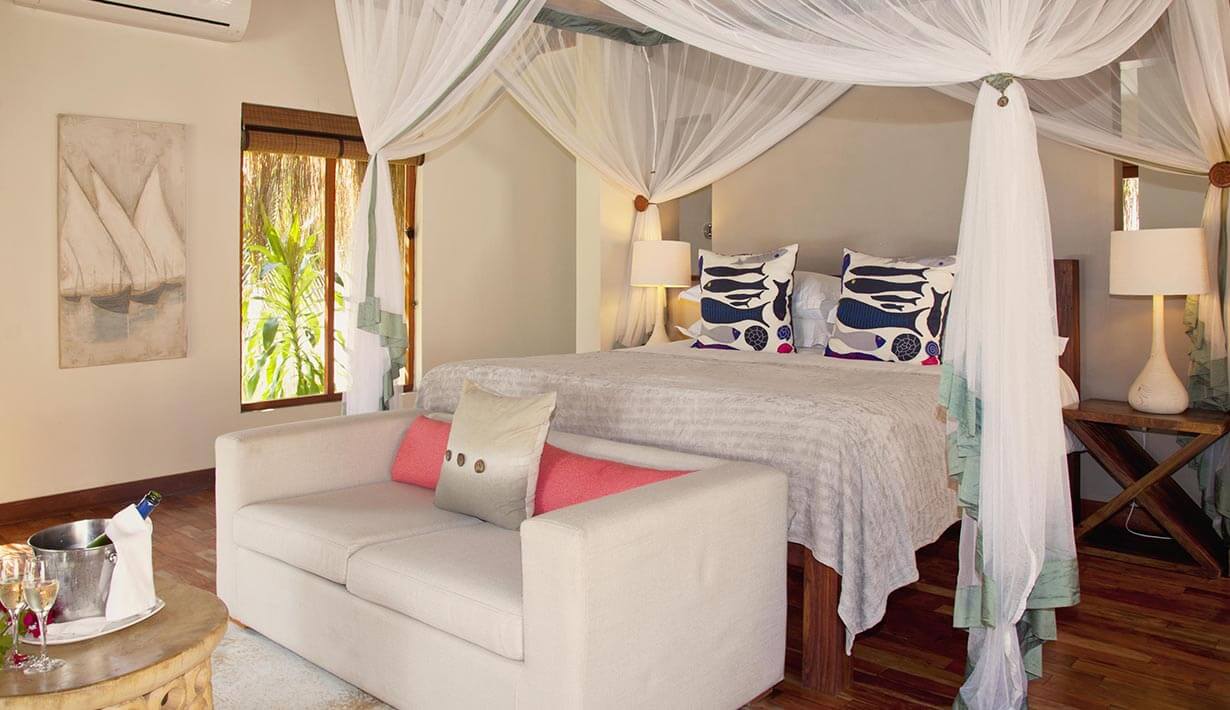 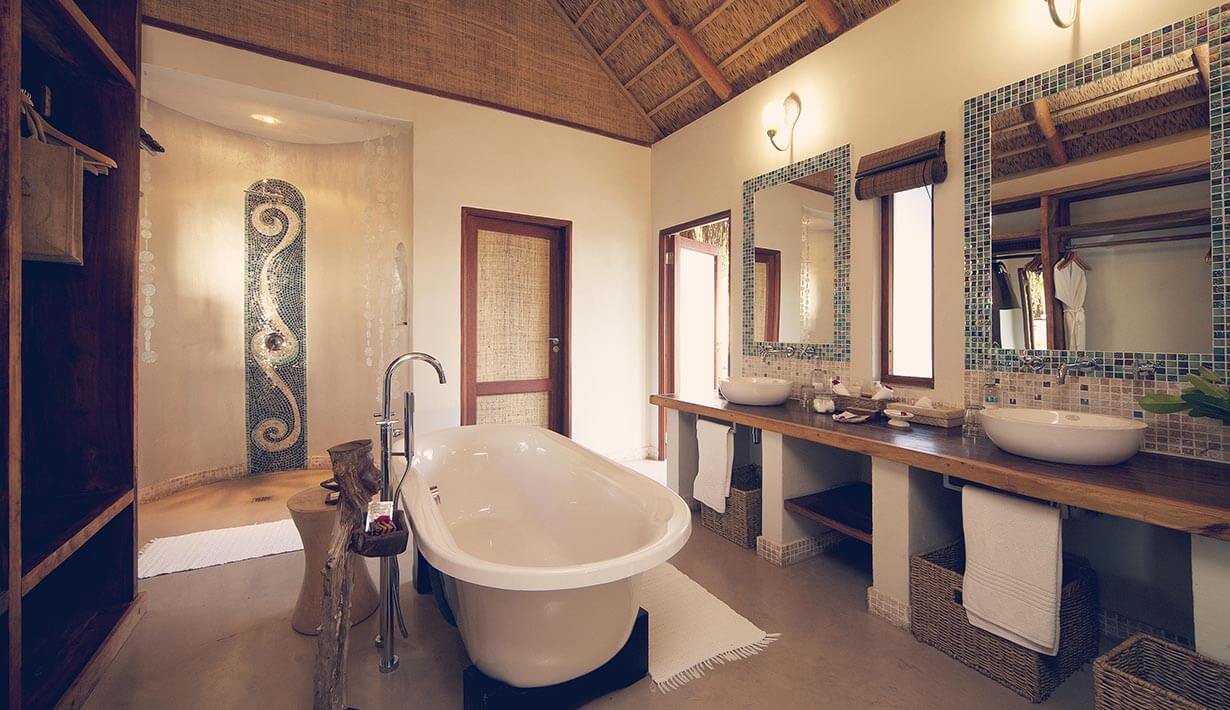 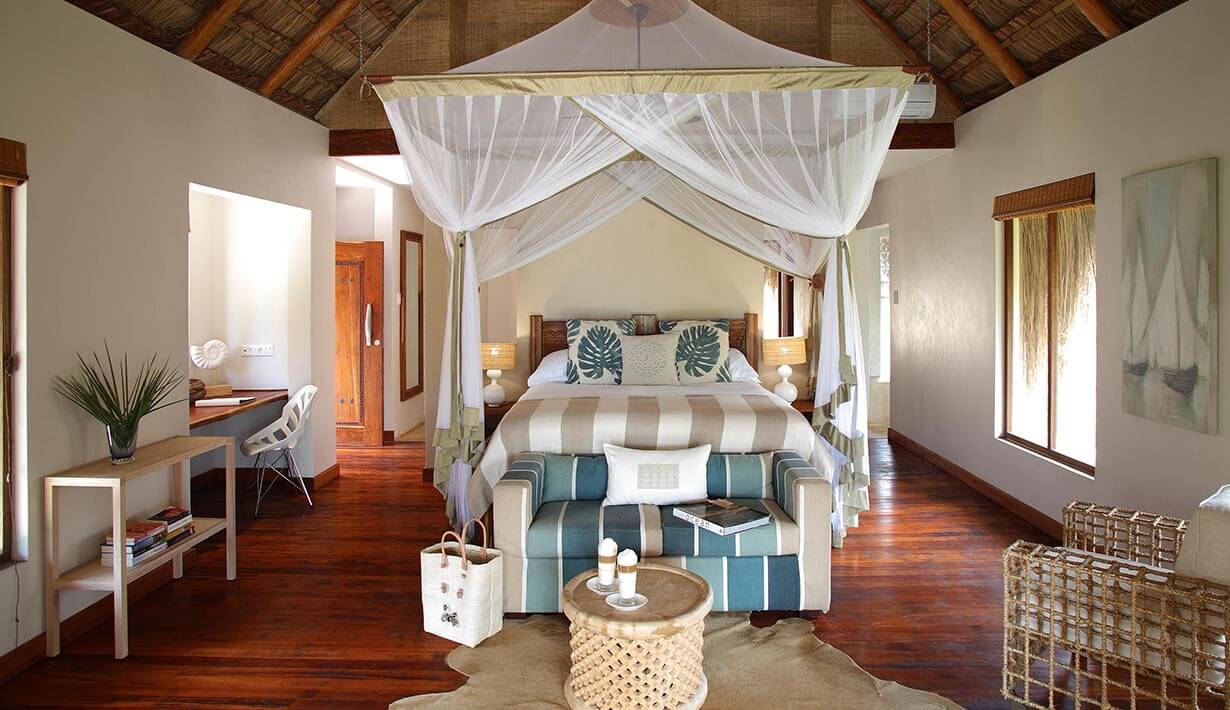 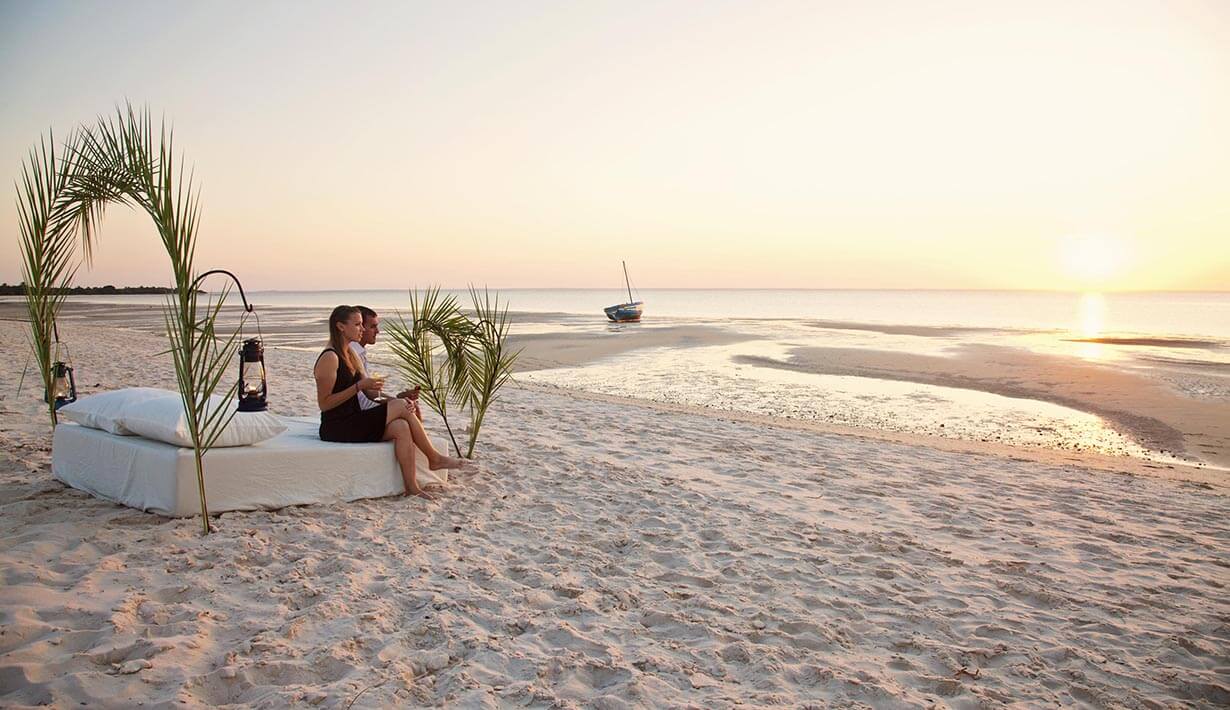 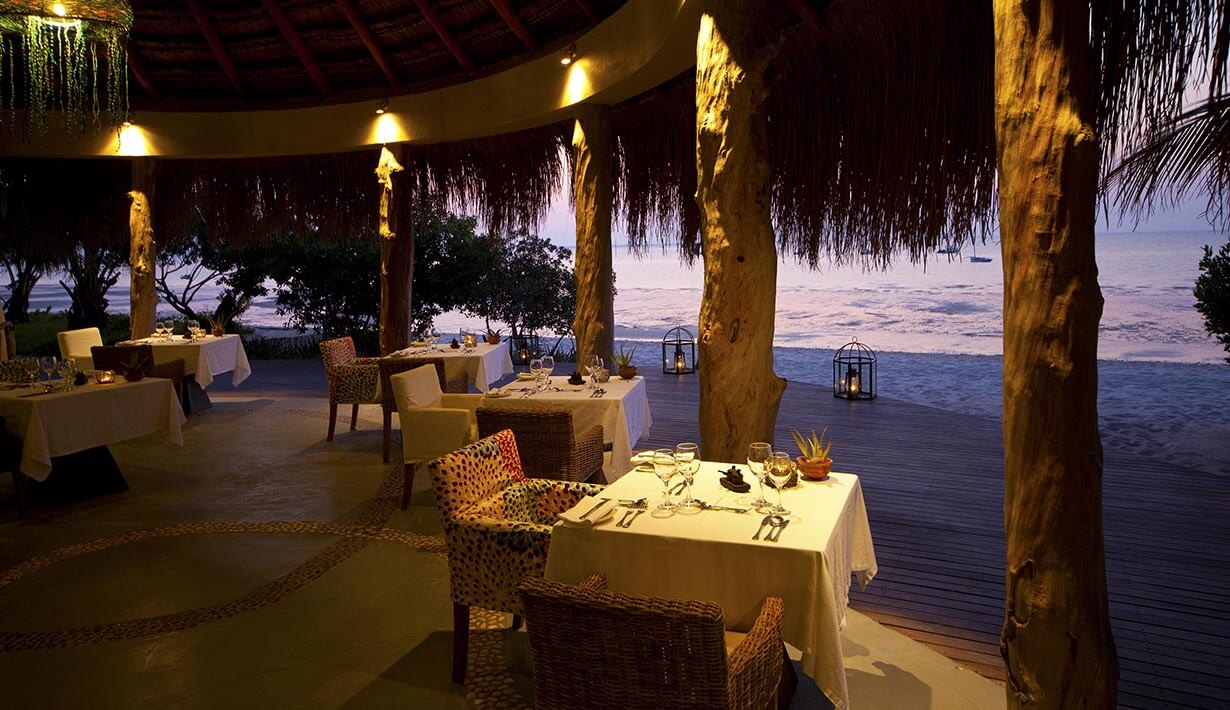 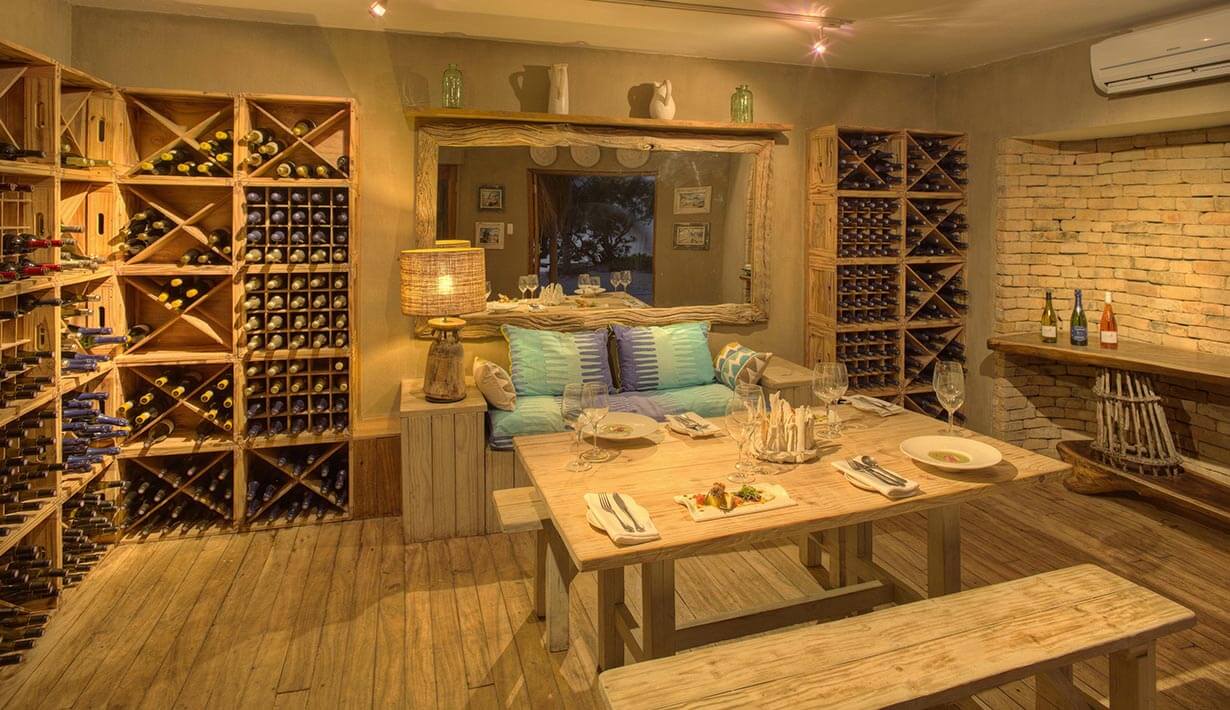 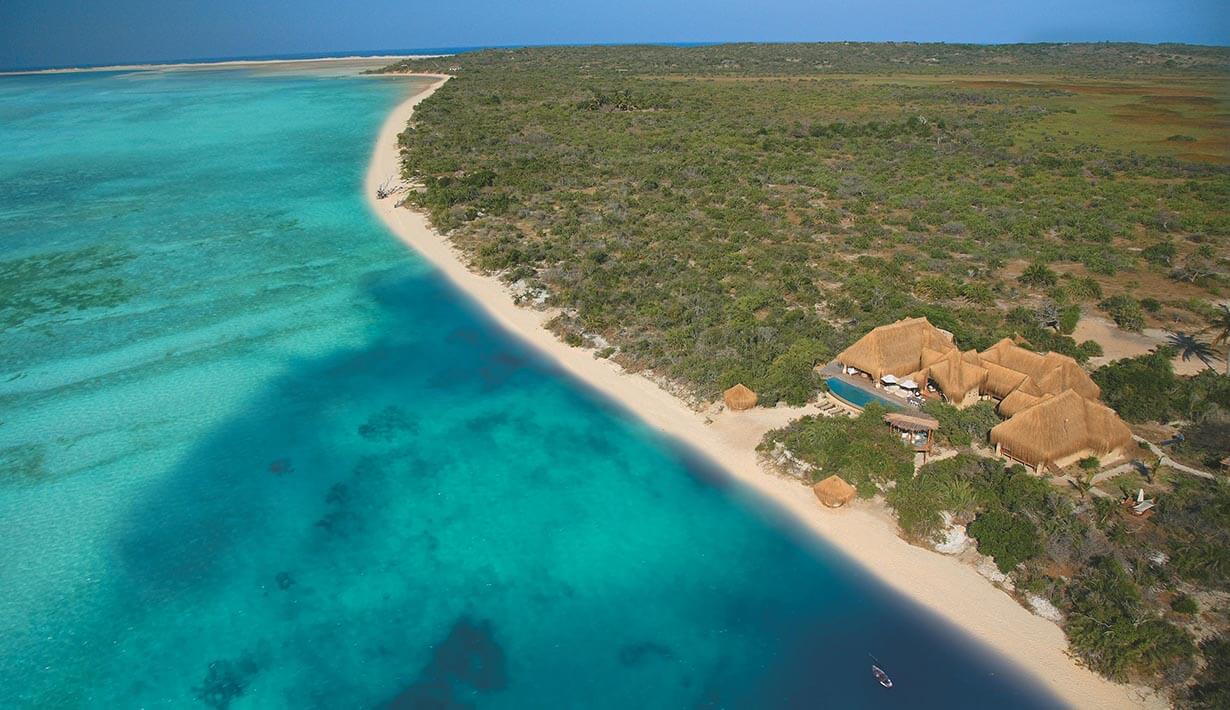 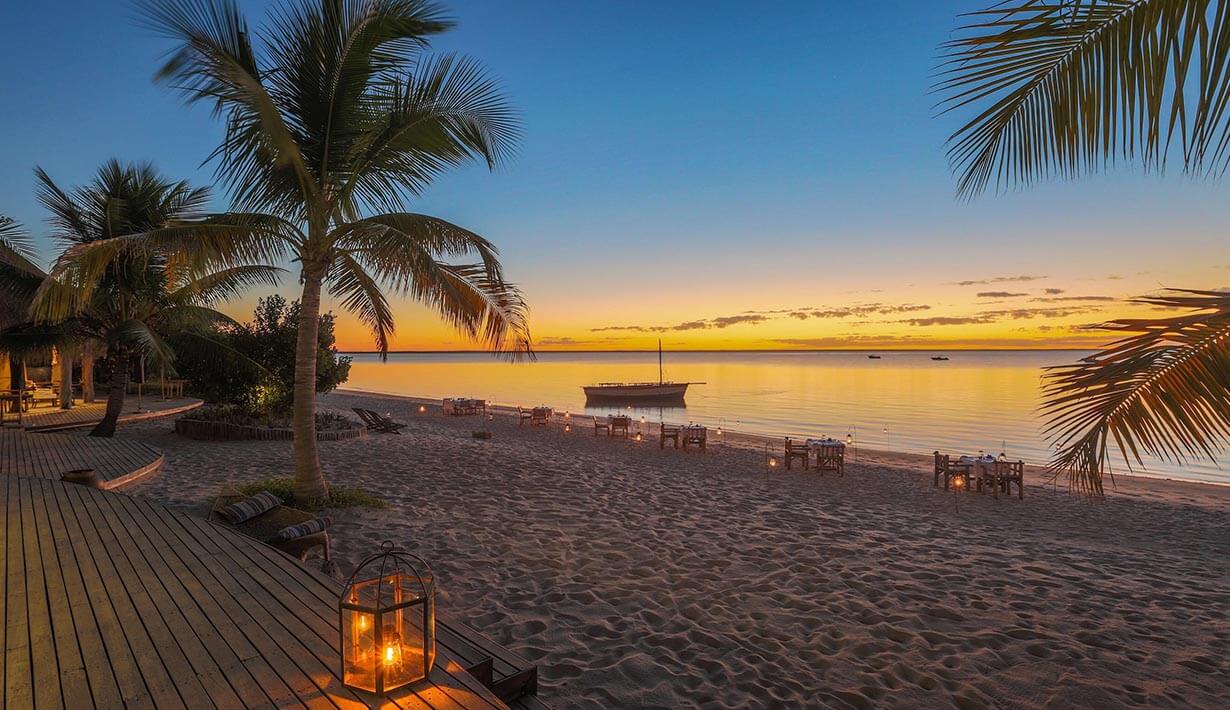 Take advantage of our vast experience, passion and expertise to help you hand craft the perfect South Africa adventure for you. 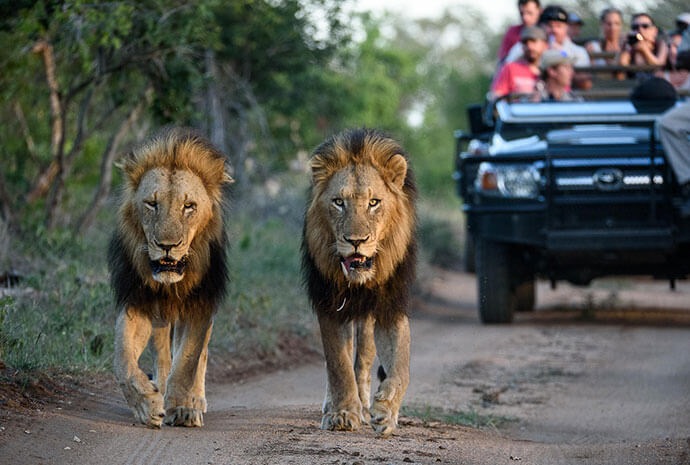 Arrive independently to Johannesburg OR Tambo International Airport where your V.I.P meet & greet service will meet you at the door of your aircraft and assist you through immigration, baggage collection and customs. You will then transfer to your shuttle flight to Southern Sabi Sands. From the Sabi Sabi airstrip you will then transfer by road to the wonderful Sabi Sabi Earth Lodge.

As you bump along the park roads, the sun warm upon your face and air dry in the back of your throat, your senses are on high alert. This is the real Africa, cut away from the hectic pace of life, home to Africa's Big 5. The Kruger is alive, from the nervously twitching herd of impala after a night of predator action, to the wild dog cavorting like domestic pets alongside the road. Marvel as a herd of elephant simply appear from out the bush, then silently vanish back into the landscape.

You will arrive at your lodge and settle into your beautiful room. There may be time for some safari activities today before enjoying your first unforgettable boma dinner. 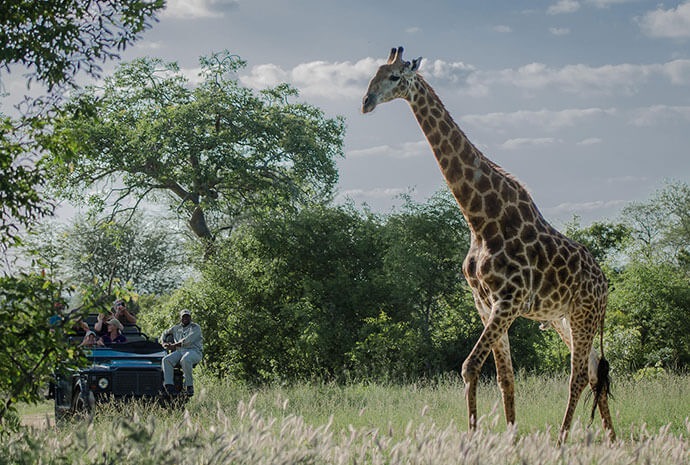 With over 2 million hectares of pristine wilderness, the Kruger's biodiversity sustains numerous species of game and birds. The dry north consists of Baobab trees, scrubland and rocky outcroppings which can be seen for miles and animals tend to gather around water sources. As you come south, the park gets busier, animal numbers increase and the backdrop changes to grassland and acacia woodlands.

On the western borders, private reserves such as Sabi Sands open onto the Kruger, offering an exclusive game experience with the flexibility of night drives and off-road 4 x 4 safaris. The Sabi Sands is a private 65,000-hectare reserve known as one of the few places that you can see the Big 5 in one day. It has a diverse habitat with the Sand and Sabi Rivers running through it, a huge range of wildlife and a reputation for big cat sightings. Head out for an early morning game drive in open vehicles, stopping for a refreshing coffee break and a chance to listen to the sounds of the bush whilst admiring the landscape. After some down-time and a siesta back at camp, set off again in the late afternoon when the bush comes alive. Sundowners as night falls, then spotlights come out in search of a new range of creatures. Swaying to the movement of an open vehicle while wrapped warmly against the night chills, is an unforgettable experience. The call of a Nightjar darting overhead and the flash of eyes reflected from the bushes brings an entirely different twist to your safari and as you drop your head back and look up - the crisp night skies go on forever. For those needing to expend some energy, a guided walking safari is an ideal way to learn about smaller animals and plants. 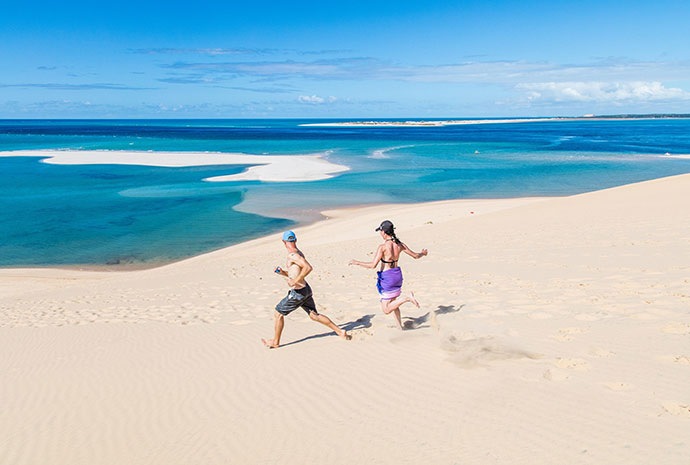 As you bid farewell to Kruger National Park, you will take your transfer (via road and shuttle flight) this morning to Kruger Mpumalanga International Airport for your flight to Vilanculos Airport in Mozambique. Upon arrival you will transfer by helicopter to the gorgeous Azura Benguerra Island for your luxurious 6 night stay. Azura Benguerra Island is one of the world’s most undiscovered, pristine environments. 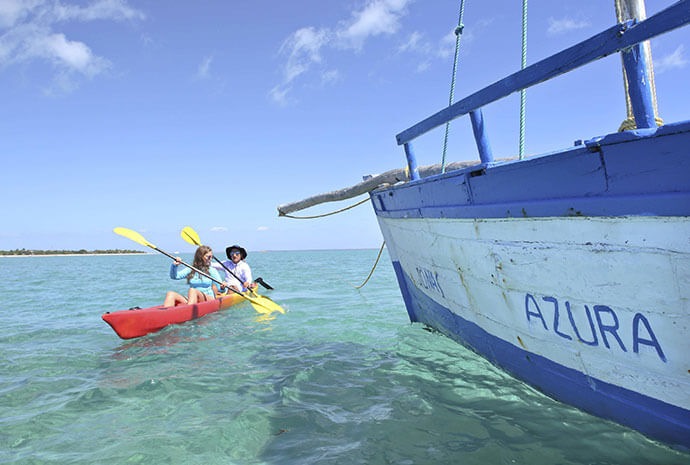 On The Beach - Azura Benguerra Island

During your time here staying at your award-winning luxury hotel, multiple watersports are included such as snorkelling, kayaking and paddleboarding. Also included is use of the fantastic Peri Peri Beach Club, a Land Rover island drive and an unforgettable sunset dhow cruise. For an additional cost you can also enjoy scuba diving, guided snorkelling, island hops, visit to Vilanculos and its market, shore and deep sea fishing, helicopter flips, horse riding, dhow sailing and guided marine shore walks. 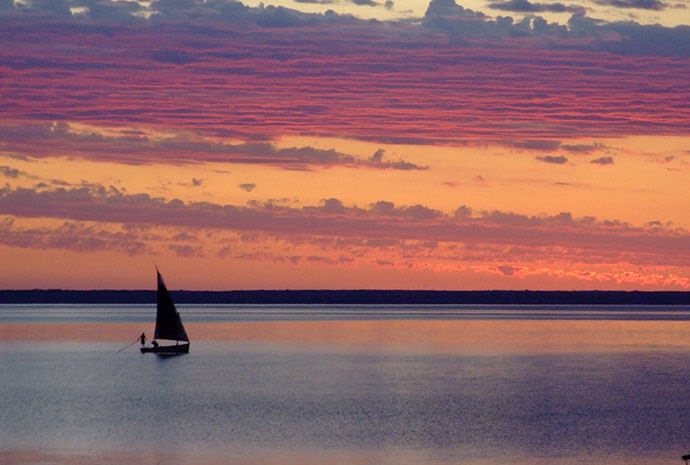 As your superb African itinerary comes to an end, your helicopter transfer will take you back to the airport for your onward or homeward flights. Please enquire for advice on extending your stay in Africa should you wish to see more of this remarkable continent. 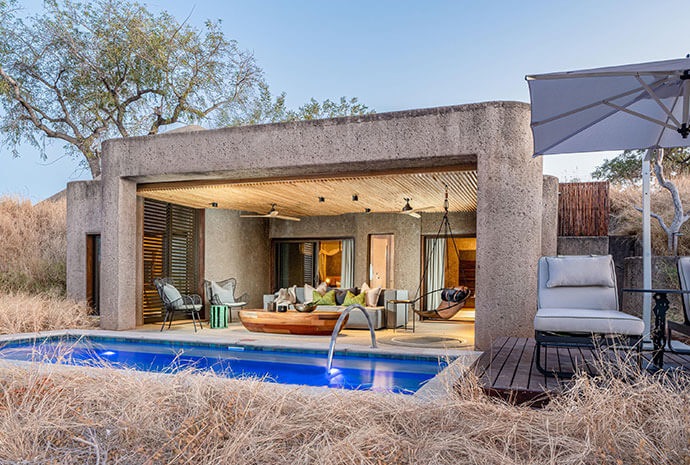 Set in the Sabi Sands Game Reserve adjacent to the Kruger National Park, Sabi Sabi Earth Lodge is an ultra-luxurious 13 suite property that exudes a sense of calm and a restoring spirit. With a panorama of uninterrupted bushveld, the lodge has been designed to offers guests the most exemplary blend of comfort and bush-style safari living. 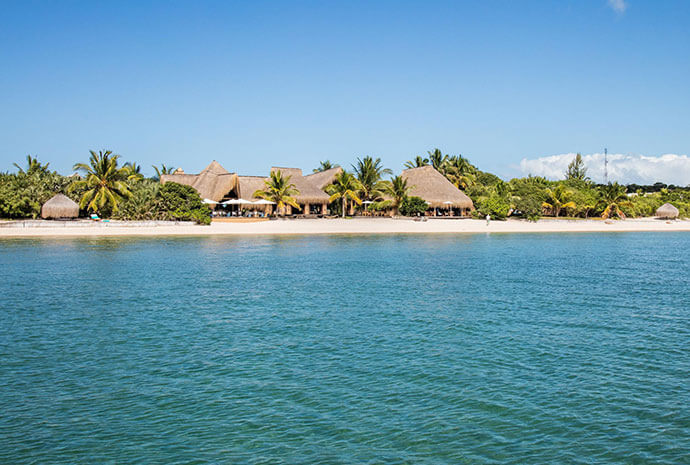 Embrace paradise at this award-winning luxury retreat. Deserted beaches of pure white sand, sparkling turquoise seas, palm trees swaying in the breeze, 20 sumptuous villas nestled along one of the last undiscovered stretches of beach in the world on an unspoilt island within a Marine National Park…this is Azura Benguerra. The first eco-friendly resort in Mozambique, Azura Benguerra was built by, and is operated in partnership with, the local community. 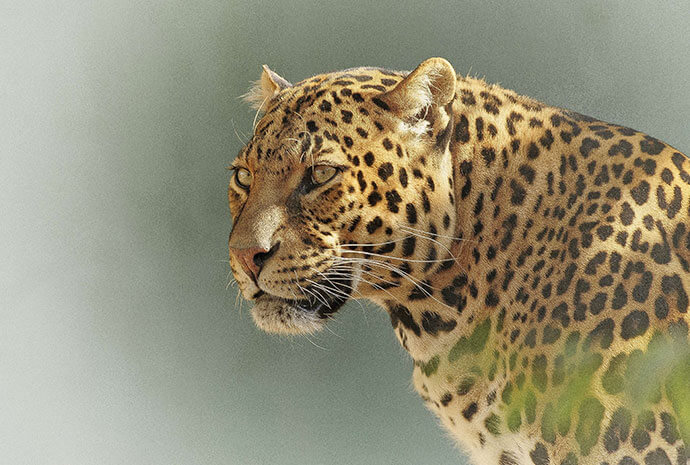 This simply fantastic itinerary has been specially designed to allow you to discover some of South Africa’s most impressive highlights, along with the... 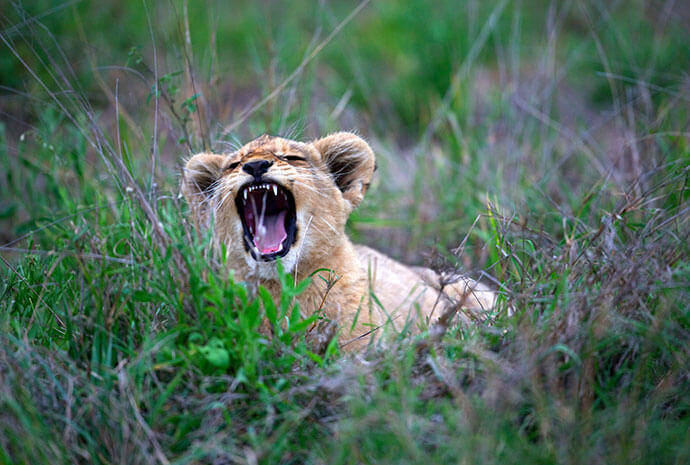 This wonderful itinerary has been specially designed to allow you to discover some of South Africa’s most impressive highlights…Cape Town, wine and wi...

Showcasing the very best of southern South Africa, this wonderful self-drive itinerary will see you discover the magic of Cape Town, the beauty of the...