I was really pleased to see that the BBC have included Port Lockroy in Antarctica as the subject of a programme in their natural world series (Thursday 24 July on BBC2). I haven’t been there yet; I was scheduled to call on my last trip, but it was right at the end of the season […] 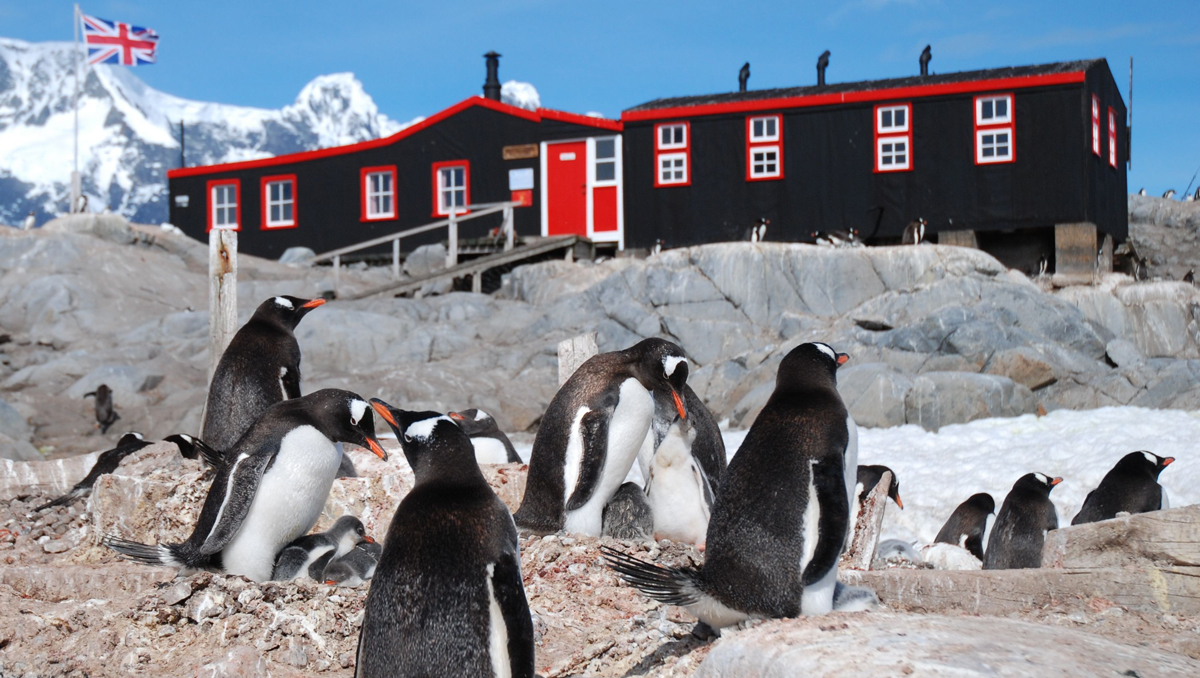 I was really pleased to see that the BBC have included Port Lockroy in Antarctica as the subject of a programme in their natural world series (Thursday 24 July on BBC2). I haven’t been there yet; I was scheduled to call on my last trip, but it was right at the end of the season and the weather was so bad, with force11 winds, blizzard conditions and high seas, that it was impossible to get even close.

What that did do, we to bring it home to me just how bleak it can be for the small number of staff there when the weather closes in.  Simon and Steve from Antarctica Bound have, however both called there on their expeditions down to the Peninsula and recall their visits fondly.

Port Lockroy is on Gaudier Island, within the British Antarctic Territory and started life as a whaling station in the early days of the last century. It then fell in to disuse, but was revived during World War II when the British military, not just wary of German presence in the area, but also American expansion, established a base there. After the war this became a scientific research station, which continued in use until the 1960s, when it was progressively abandoned as needs changed.

30 or so years later, the UK Antarctic Heritage Trust revived the base and ever since, it has functioned principally as a museum and post office. It is now a regular port of call for the many tourist expedition ships that visit the Peninsula during the southern summer months. It is very popular with visitors: the original buildings have been restored more or less to their original condition with lots of original fittings and artefacts, along with more that have been preserved from other long abandoned stations. There is a gift shop (credit cards accepted) with unique souvenirs and T-shirts and the post office, which handles some 70,000 plus postcards during the season, each sent with decorative British Antarctic Territory stamps – allow several weeks for delivery!

There still a limited amount of research work carried out related to the large colony of gentoo penguins that inhabit the island. Part of this is related to the impact of human of the large numbers of tourists on the environment and the penguin populations.

The island is actually a great destination for birders and apart from the gentoos, other Antarctic species are regularly spotted, including the snowy sheathbill, various petrels, especially Wilsons’ and great petrels, brown skuas and the eponymous blue-eyed shag.

Antarctica Bound offers lots of opportunities to visit Port Lockroy and I am really looking forward to seeing how the station is presented by the BBC.

Find out about our trips to Antarctica here