Unravel the mystery of Rapa Nui with a private guide. Explore mythical Easter Island, known around the world for its ancient monolithic stone statues. See the mysterious statues - or Moai - sprinkled throughout the island, tour the volcanoes, beaches and petroglyphs, and get to know the unique culture of one of the most remote islands on Earth. 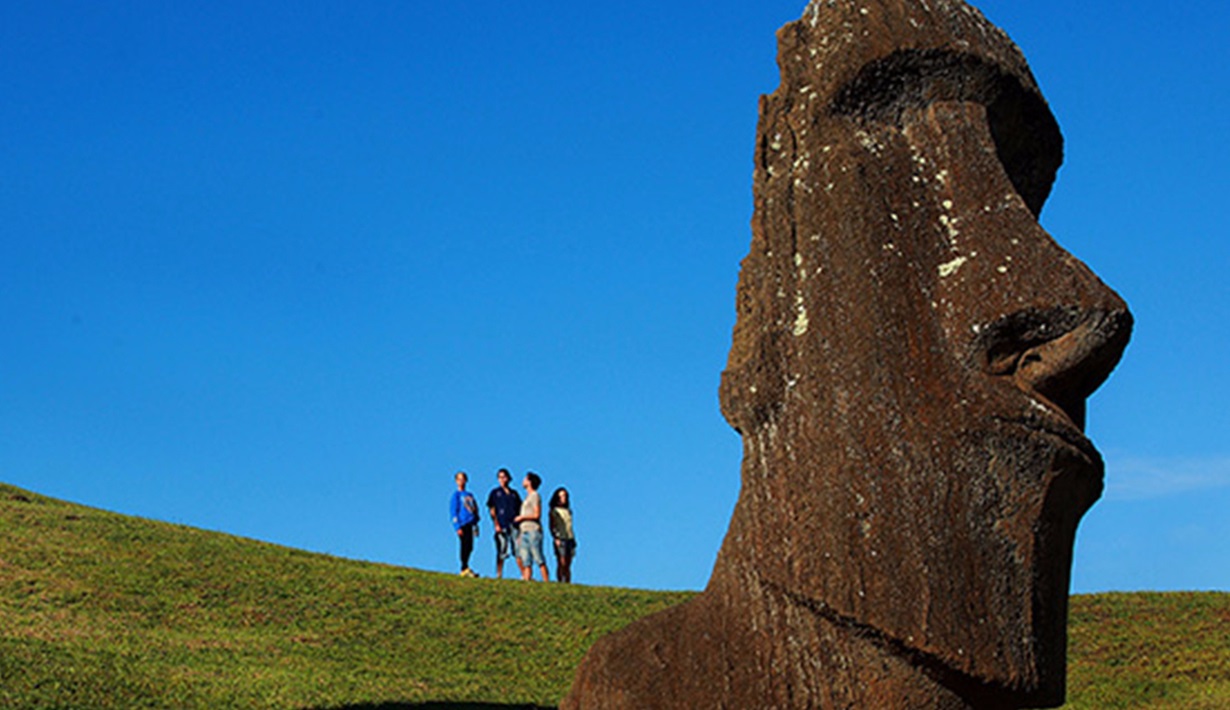 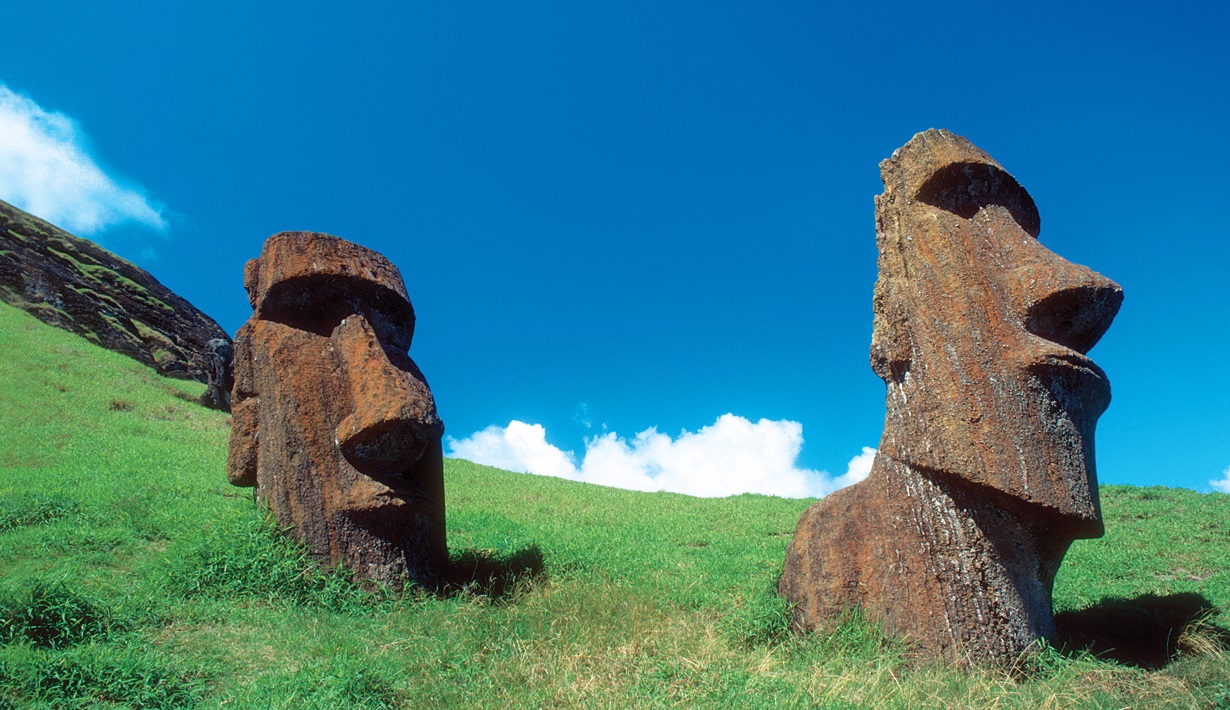 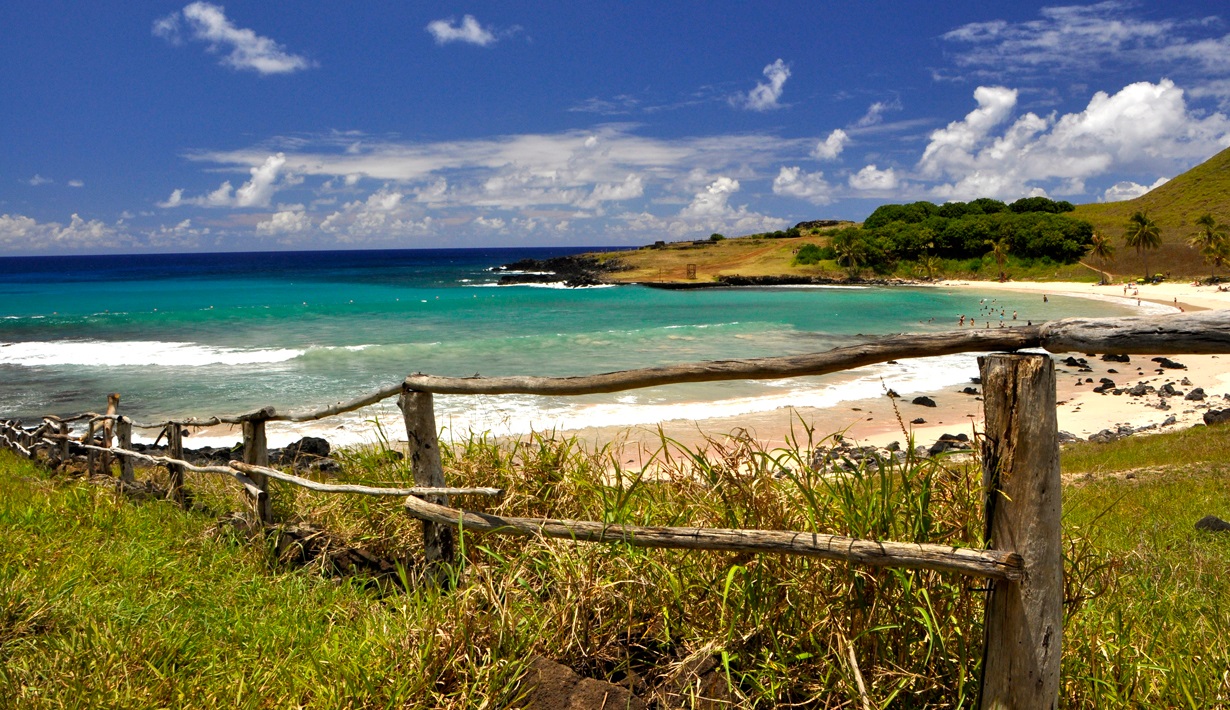 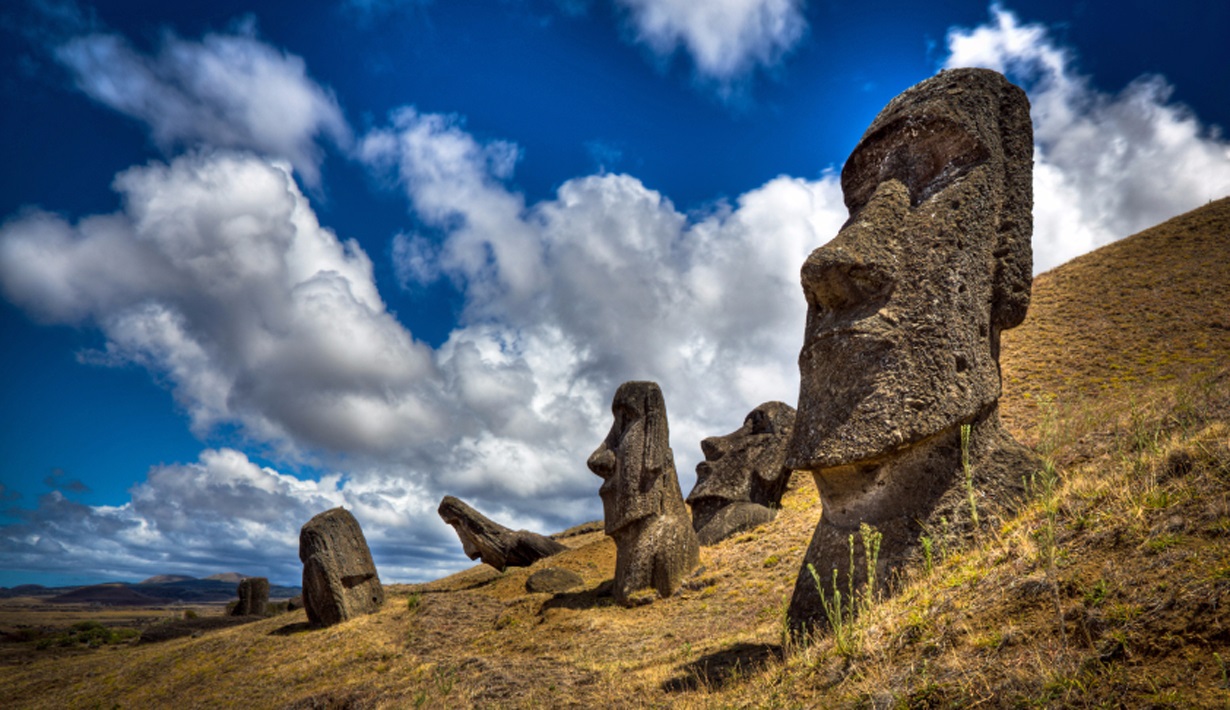 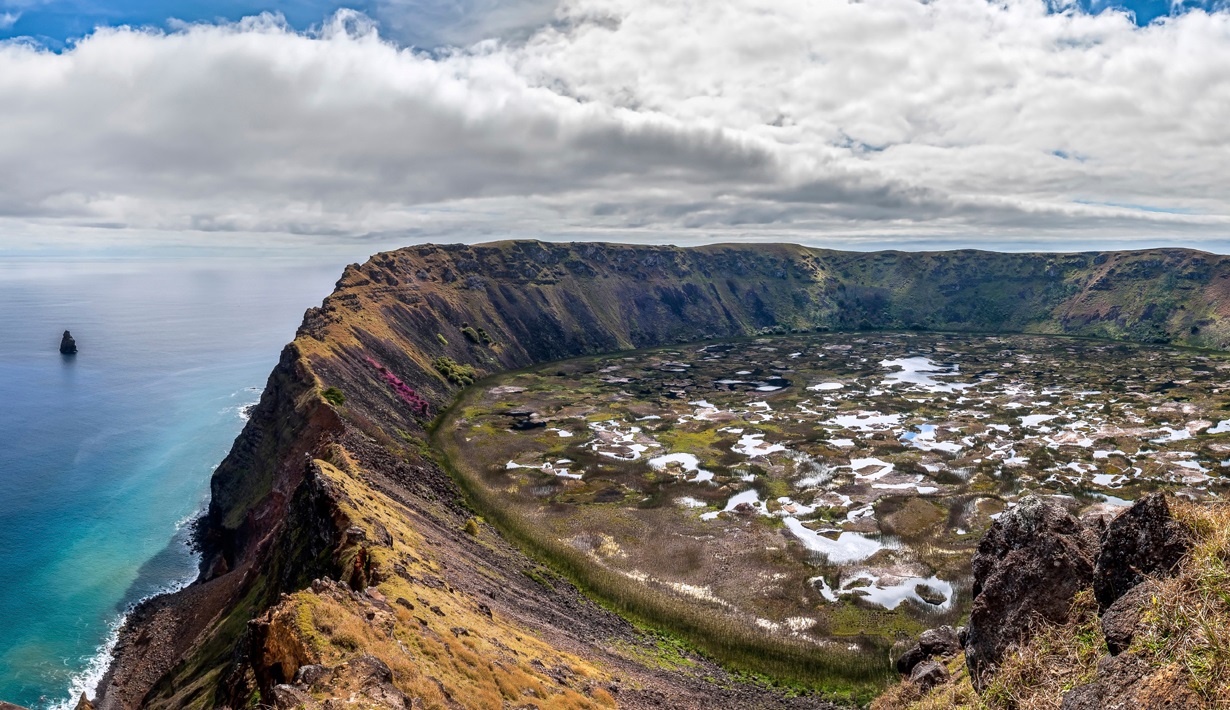 Take advantage of our vast experience, passion and expertise to help you hand craft the perfect Chile adventure for you. 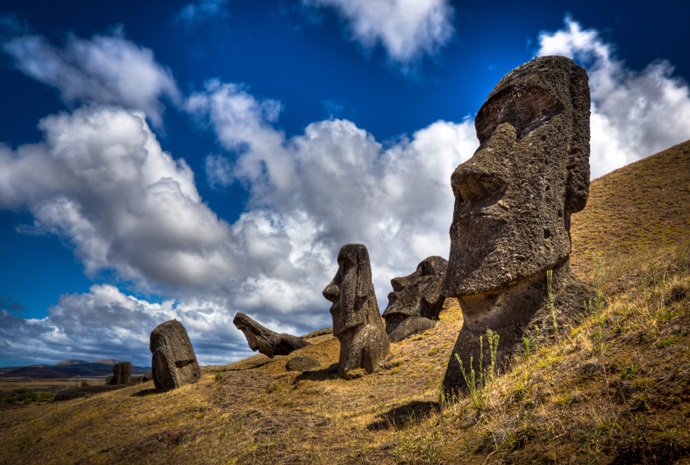 Arrive at Hanga Roa airport. met and transferred to your hotel.

Different grades of accommodation are available - please ask for details 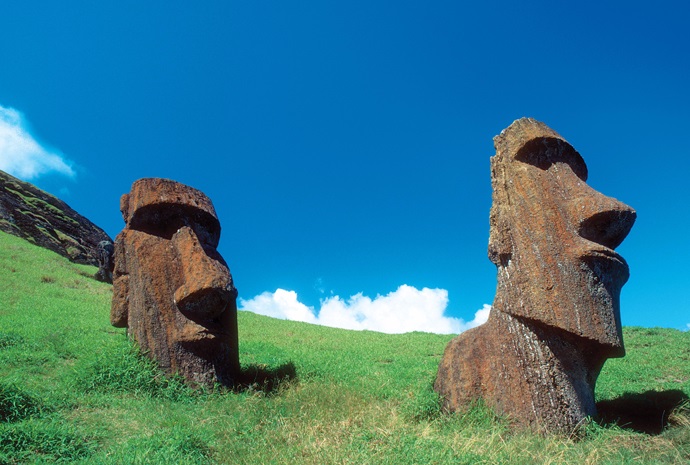 Enjoy a full-day tour along the Moai route. Start the tour with a visit to Vaihu, a place surrounded by enormous statues that have toppled face down. Next, stop at the ruins of Akahanga. Still in their original condition, they are the location where the first king of the island was buried.
See the Rano Raraku volcano located further along, close to the southern shore of the island. At the base of Poike, the most spectacular crater in the zone, former islanders carved giant statues from the volcano’s quarry — they are 20m (65t) long and just under 200 tons.
Carry on toward the beautiful beach of Anakena, to see Ahu Tongariki, the largest of the 15 Moais on the island; they weigh an average of 50 tons and were destroyed by a tidal wave in 1960. Before Anakena, we will check out of Te Pito Kura and the Moai of Ahu Nau Nau. 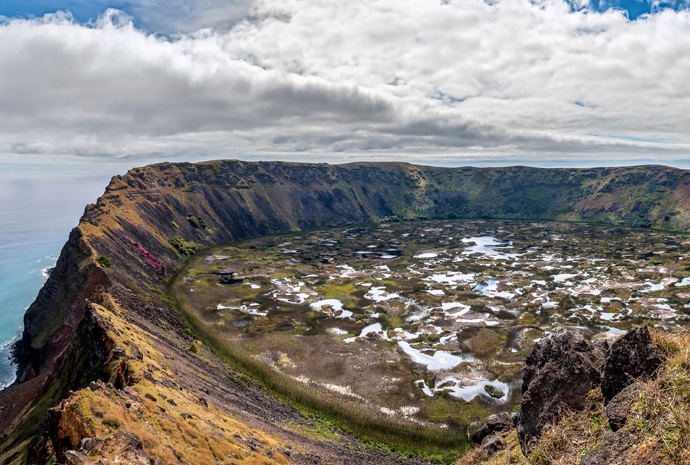 Depart Hanga Roa and go toward Rano Kao Volcano; inside its deep crater there is a freshwater lake covered with totora. Located on the top of the crater is Orongo, the centre where the Tangata Manu or Bird Man ceremony is celebrated each year, usually during summer. There are more than 100 petroglyphs, representing the god Make Make, the Tangata Manu, and the Manutara sea bird, among others.
Head north to visit the Ahu Akivi, a platform made up of seven Moais – these are the only Moais on the island that were positioned facing the sea. Move on to Huri a Urenga before visiting the Puna Pau, a quarry where the Pukao where carved (Pukao is also known as the typical hairstyle or the hats of the Moais). Learn more about the making, building, and transportation process of these colossal sculptures carved on volcanic rock. 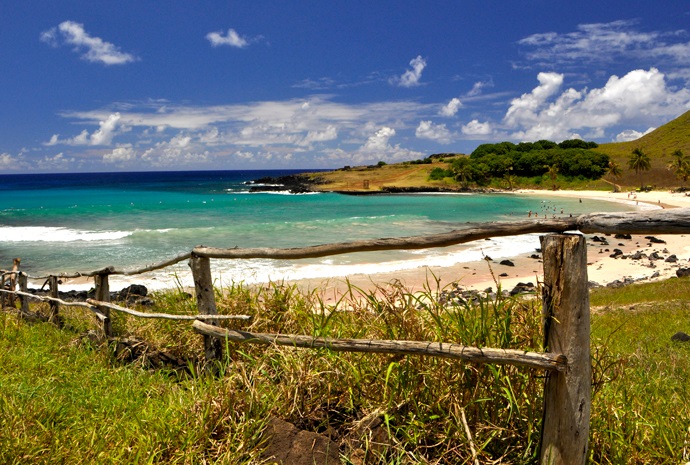 After breakfast, day free until time to transfer to airport for your return flight to Santiago 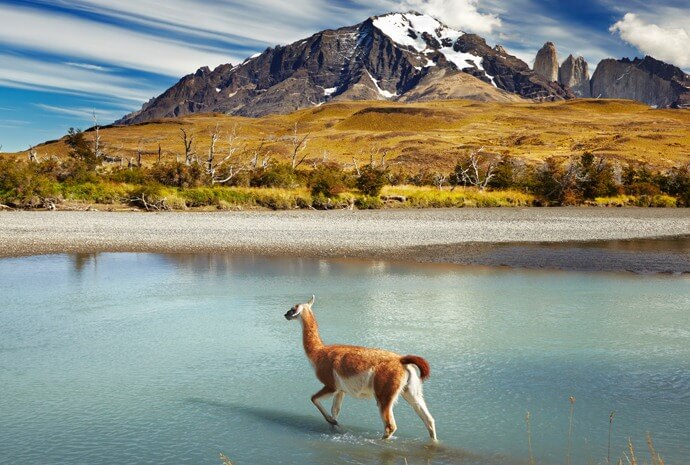 Start in the cosmopolitan city of Santiago and enjoy a day trip to the world heritage city of Valparaiso. Then head south to Patagonia, the vast regio...

End of The Earth Hiking Adventure

Small Group (maximum 16 but 12 passengers only). The perfect hiking adventure for outdoor enthusiasts, this fantastic itinerary will see you discover ...

Book select departures by 30th November and receive a huge 21% discount off the published rates! PLUS - £1 deposits available! 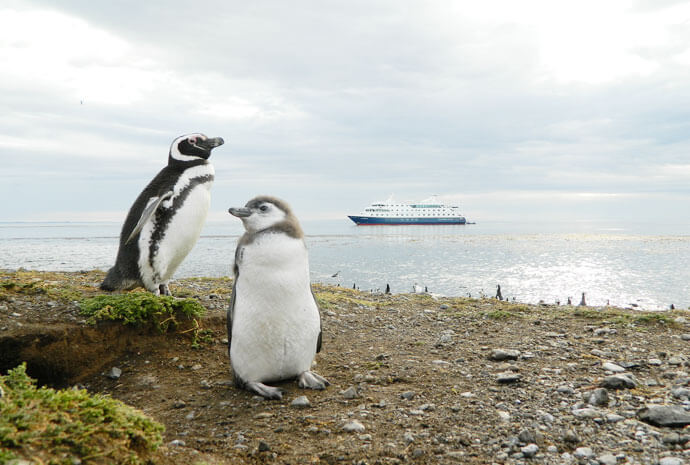 Journey through the incredible scenery of some of the planet’s most remote places. This short, but very sweet, Patagonian cruise will see you discover...