It is amazing how many travellers are enquiring about Aurora Borealis at the moment. We are just about coming to the end of the time in the northern hemisphere when one can expect to view the Northern Lights, but there are still opportunities further north, in Norway, Iceland and Greenland, for example, where they can […] 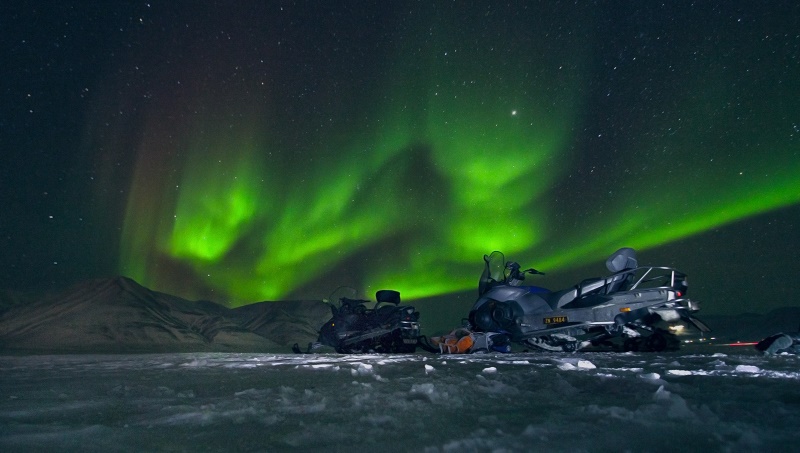 It is amazing how many travellers are enquiring about Aurora Borealis at the moment. We are just about coming to the end of the time in the northern hemisphere when one can expect to view the Northern Lights, but there are still opportunities further north, in Norway, Iceland and Greenland, for example, where they can be seen later into the year, unlike most of the UK.

I say most of the UK, because the Lights are often seen in northern Scotland and the Orkney and Shetland Islands. There has been lots of publicity about 2014 and 2015 being optimum years for seeing the most spectacular displays and this winter there have been nights when the Lights were seen all over Britain. This has increased the interest in finding places where viewings are virtually guaranteed.

As with many things in nature, guarantees are hard to come by. Scientists can sometimes predict when a good display might be expected; but it may be obscured by cloud. Obviously, winter’s long nights afford the best opportunities but they also are likely to produce the worst weather, so you could fly up to the Arctic for a week but never see a clear sky. That is virtually what happened on my first venture to see the Lights.

I travelled up to the Lofoten Islands, north of the Arctic Circle, in Norway at the end of November, three years ago, and set sail on a vintage schooner with the dual objectives of experiencing the landscape and sailing challenge by day and watching the Aurora Borealis by night. The landscape was amazing and the sailing fantastic. There were just 20 passengers and 3 crew, so everybody had to participate when sails needed to be raised and lowered. It was cold but exhilarating and we did also stop at small settlements along the way and climb steep hills for far-reaching views or search for stone-age rock carvings, still sacred to the native Sami people. All this had to be packed into the few hours of daylight each day: the sun did not rise (and that was on the days when we saw the sun) until about 11.00 and evening twilight started at around two in the afternoon. But there was something very special about skipping across the waves under full sail in the half light with the last rays of the sun catching the bow wave and the mares tails.

So, you would think that, with those long winter nights, there would be lots of chances to see the Lights; in fact, you might expect to see them several times in a full week.  We thought that, but it just didn’t work. There was one night when the sky was clear and we sat on a hillside for hours watching the horizon and something did appear, but it was nothing more than a discolouration in the sky. It turned out that this was the Aurora and sensitive cameras did capture green shapes, but it was not what the naked eye wanted to view. All very disappointing.

It doesn’t actually become an obsession, but when you feel cheated, you do have to try again. This, even though you know that on the nature programmes, they have often waited weeks for the right conditions. Anyway, last year I spent a few days in Iceland in January. After the last experience, I did not build my hopes too high. Again, we enjoyed short day adventuring, this time in a 4 x4, which proved entirely necessary, since it snowed heavily most of the time we were out driving. I had chosen a country hotel, where there would be no pollution from the lights of Reykjavik: this is a good option, most visitors stay in the city and each evening join small tour buses or jump in cars and travel out to the country and sit and wait for the Lights, which can be quite a chilly experience.

So, the first two of my three nights were overcast and snowy and we enjoyed cosy food and drinks around an open fire. I was quite resigned to repeating this on the last night when, at about 8.30, a call went up ‘lights now, outside!’ The temperature was well below freezing, so on with fleeces, hats and parkas and rush out of the hotel. And, there they were dancing away in the skies, perhaps not as magnificent as some I have seen on television but still awe inspiring. We watched for about 40 minutes until they drifted away and then went back for warming aquavit. I was feeling quite content and then we were treated to another show some two hours later.

So, yes, I have seen the Northern Lights and yes, they are amazing, and yes, you should do so too. 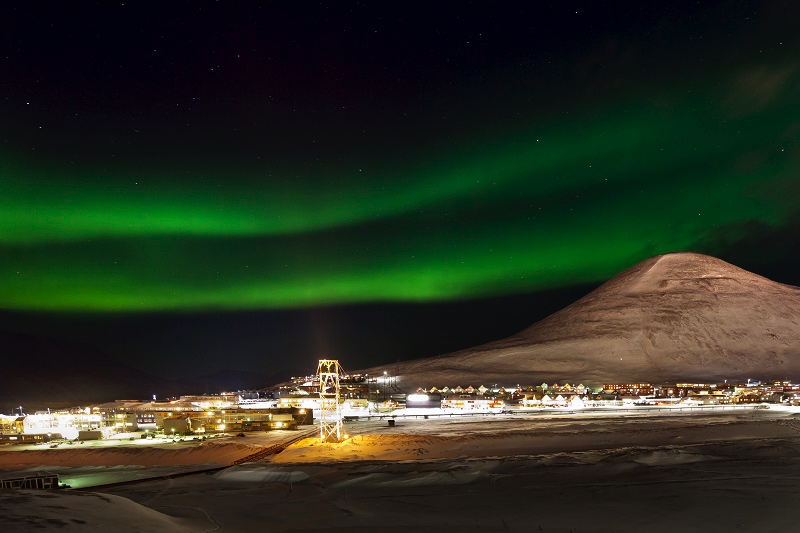 Wildfoot Travel have lots of early and late season departures in Greenland, Spitsbergen and the Lofoten, where there is no light pollution and the chances are good. Don’t travel just for the Lights, because you may be disappointed: travel to experience the Arctic and enjoy sailing, skiing, showshoeing, wildlife and amazing scenery. Then, when you do see the Aurora, it will be a wonderful bonus.

Join us on a trip to see the northern lights