The shout of polar bear on the Ice’ from the bridge at just after 6 am led to most of us hastily putting on jeans, parkas and boots and rushing up on deck – it was so worth it! 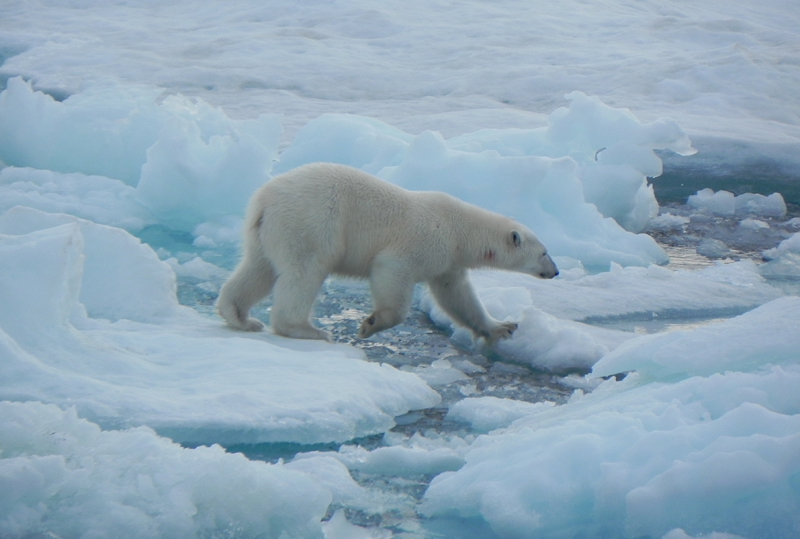 John from Wildfoot travelled in August from Iqaluit on Baffin Island to Kangerlussuaq in Greenland on one of the company’s Arctic wildlife cruises. This is a log of his experiences.

Woken at 0615 with the call of ‘polar bear on the ice’. Quickly pulled on clothes and up to the bridge, and there she was posing for us, moving across the sea ice, stopping, jumping, and all for our cameras. Then, a few minutes later as we drifted, there were more, including a mother with two cubs trying to make distance between her and a big male on the next floe. What a super start to the day. 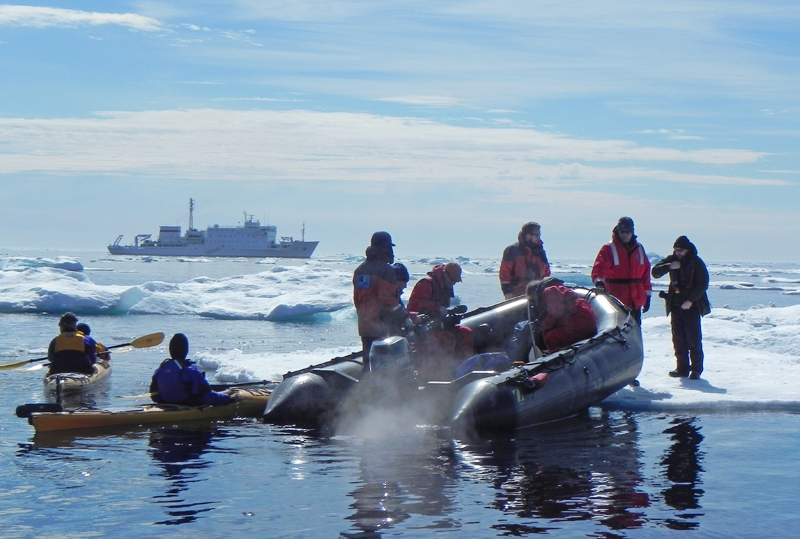 After breakfast, we had a talk from Katie, one of our historians on board, about the Arctic and the Vikings – all very interesting. Later, as we reached Cape Mercy in millpond conditions and under a bright blue sky, we boarded zodiacs for a cruise in the sea ice, which was amazing, getting really close to ice floes of all shapes and different hues of blue. We even drove the zodiac up on to the ice at one point and all climbed out to take photographs of each other with the ship way in the background. 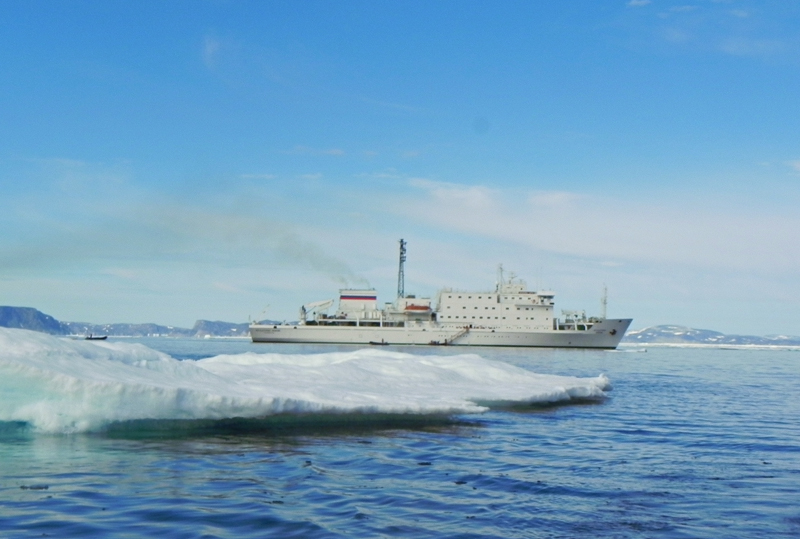 In the afternoon, I went down to a photography workshop to see if there was some way I could learn enough to improve my efforts. We spent 15 mins on theory and then went out on deck for practical. Trouble was that that was just as we came across another polar bear on the ice, this time one with a kill, a seal, which he was busy devouring. Lots of shots here and we’ll have reconvene the workshop tomorrow. One of my other ambitions here in the Arctic was also realised when we saw an Ivory Gull standing waiting to grab his share of the kill too. This gull is one of the rarest of the Arctic species these days, rarer even than polar bears. Also saw a flight of Brunnich’s Guillemots (they’re called thick-billed murres around here), another must see Arctic species plus fulmars and our first Icelandic gulls. What a great day for Arctic wildlife viewing. All followed by afternoon tea on deck with drinks laced with Amaretto or Baileys – not really my cup of tea! 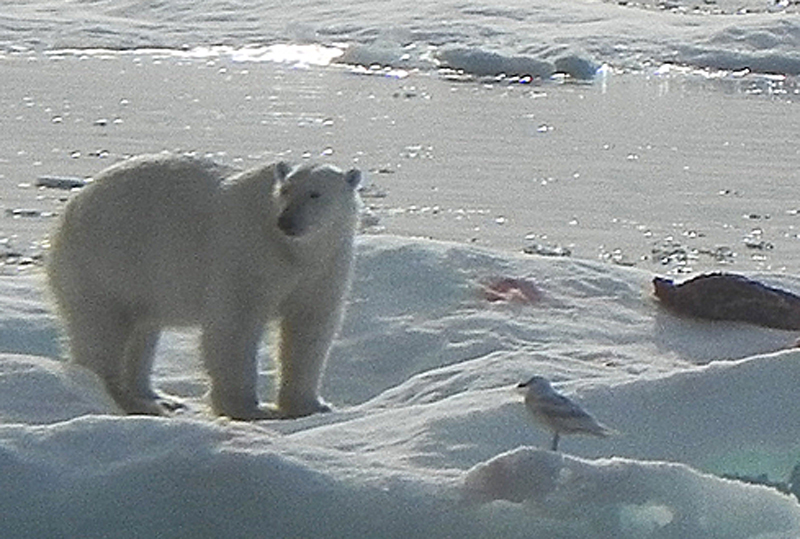 Later on, we had a presentation from a professional photographer on board who is just completing a 7 year project to photograph real people around the Arctic Circle. Some super images, which will be published in book form next year and probably online too. When we cross the line for the first time tomorrow, he plans to have all of us pictured for the book too!

An evening chat after dinner about the importance of gin and other alcohol to the early British explorers in this region!