A polar bear on the very first day…! 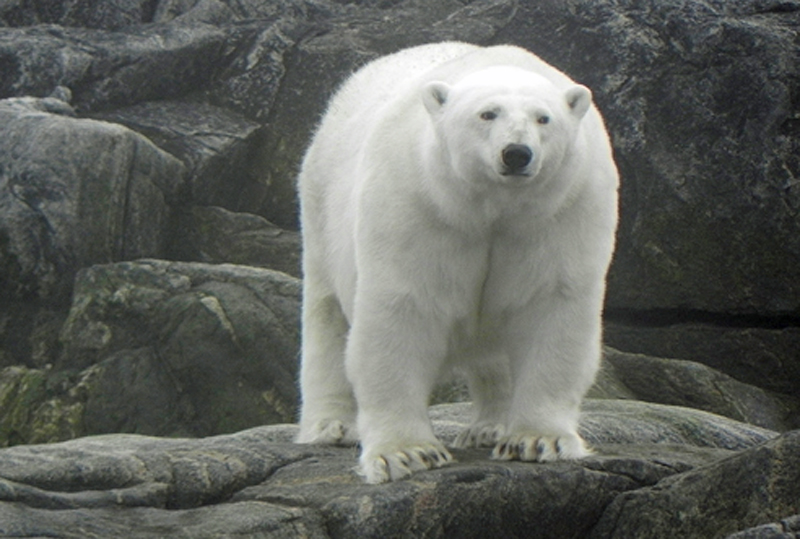 John from Wildfoot travelled in August from Iqaluit on Baffin Island to Kangerlussuaq in Greenland on one of the company’s Arctic Wildlife Cruises. This is a log of his experiences.

Quiet night on gentle seas and a very misty morning. But, straight after breakfast we were off on our fist zodiac outing to Monumental Island and what a starter it turned out to be!

We were only 5 minutes away from the ship when the call went out ‘polar bear’ and there she was (and the consensus do opinion is that it was a she – it is really hard to tell!) sitting there on the rocks looking at us. And then she decided to come down to the water’s edge to investigate us further, a real poser. Lots and lots of images and this is only the first day out.

Then, another first for us, an iceberg of reasonable proportions also posing for photo ops as we went around. 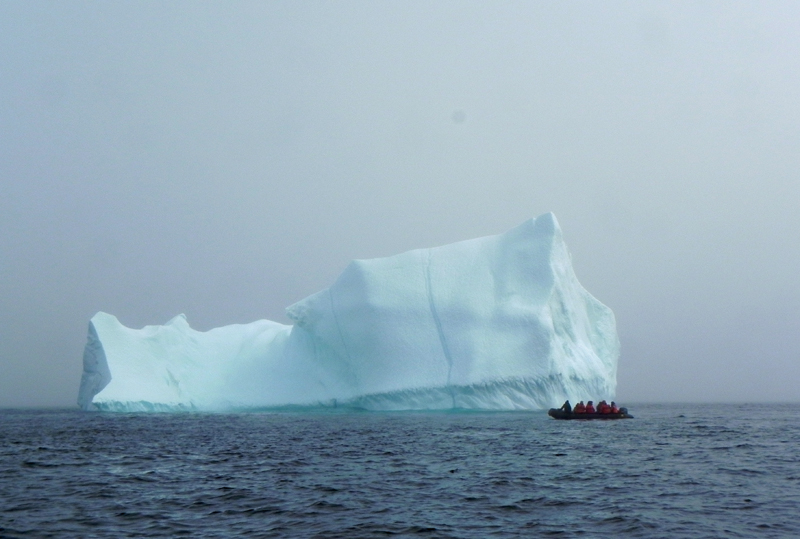 There were also lots of black guillemots around as well as more ubiquitous glaucous gulls – if the weather had been clear, we might have seen gyrfalcon, one of the key Arctic species, which feed on just about every other bird, perhaps next time.

Back on board, everybody was quite euphoric at the PB sighting, which has really set the bar for the rest of this Arctic wildlife cruise. Relaxing afternoon and then an illustrated talk by one of our history experts on the origins and development of polar photography. This included familiar stuff from the Antarctic too, Frank Hurley especially, but also the early Arctic explorers Franklin, etc.

A good crowd of staff and guests on board.