Jewel of the Russian Far East

Mike Unwin is a freelance travel and nature writer based in Brighton UK. Here Mike gives us a brief account of his experience on an expedition cruise aboard the Spirit Of Enderby with Wildfoot Travel. 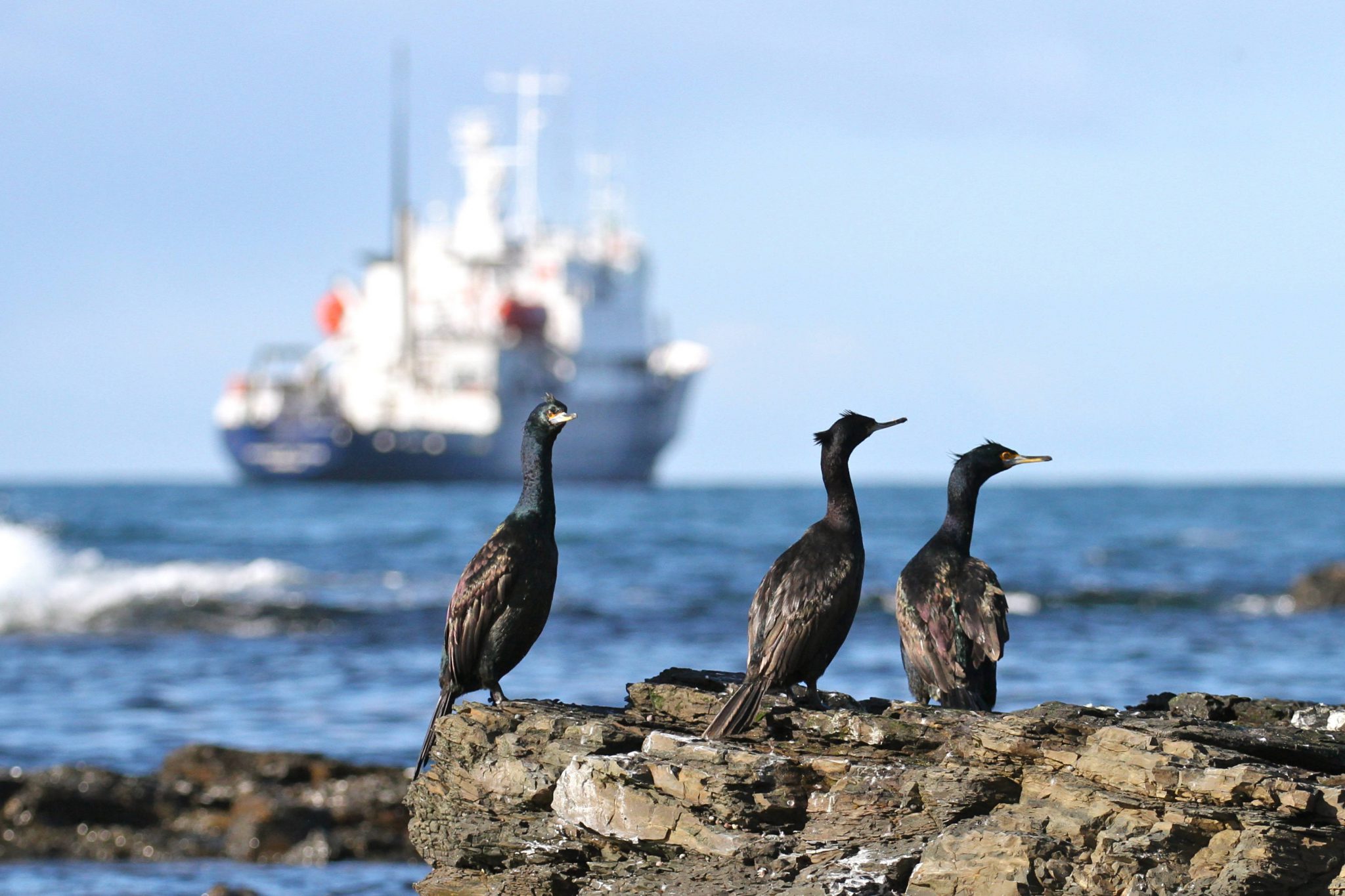 Jewel of the Russian Far East

Mike Unwin is a freelance travel and nature writer based in Brighton UK. He writes regularly for the Telegraph, Independent, BBC Wildlife and numerous other publications, and is the author of more than 30 books for both adults and children. In 2013 Mike was voted UK Travel Writer of the Year by the British Guild of Travel Writers.

Here Mike gives us a brief account of his experience on an expedition cruise aboard the Spirit Of Enderby with Wildfoot Travel.

At 6am the Tannoy in my cabin crackles into life. “For those of you still in bed,” come the gruff kiwi strains of expedition leader Rodney Russ,  “there are significant numbers of humpback whales on the port side.” 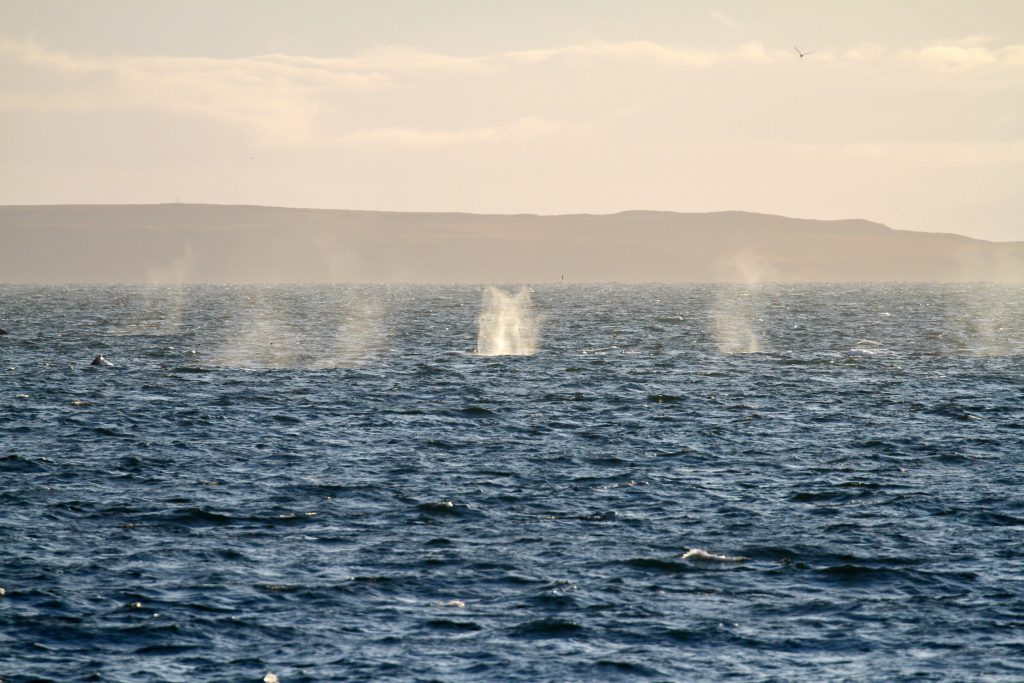 So begins my first morning on the Spirit of Enderby. I came aboard yesterday afternoon, ferried across a grey sea by military landing craft from the ramshackle port of Anadyr. Now, after a first night riding the swell, I’m scrambling up on deck to greet a day of sparkling blue. And Rodney is right: spouts, flukes and flippers break the ocean on all sides. Our on-board marine biologist Katya reckons there are at least 80 humpbacks out there, part of an annual migratory gathering in the Gulf of Anadyr. Shouts go up as one breaches just off our stern. By breakfast, we’re already buzzing. 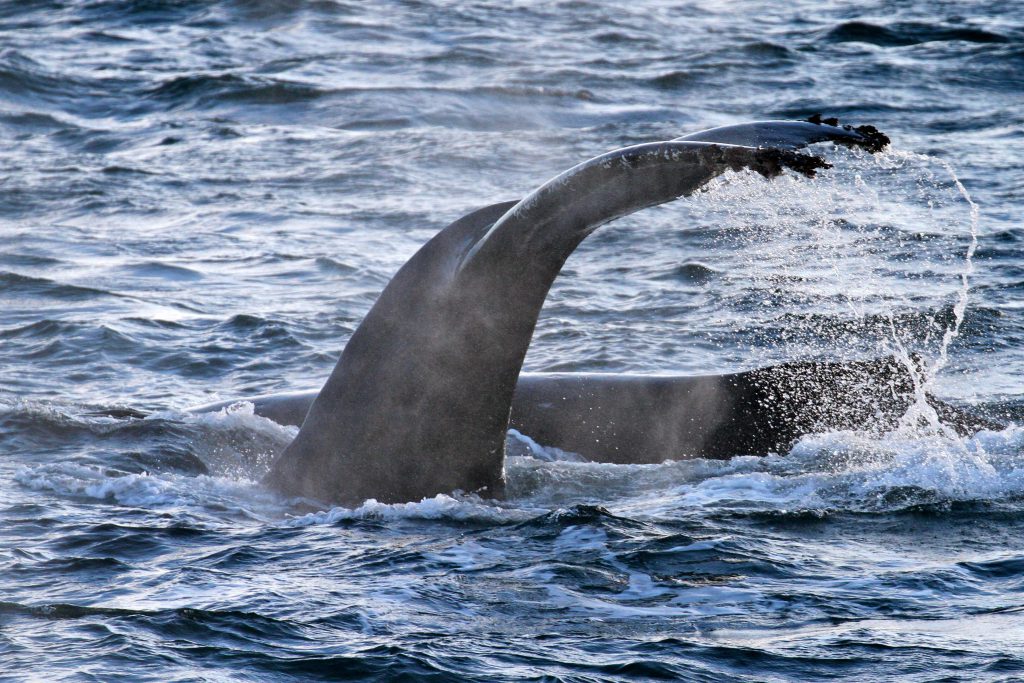 I’m on the ‘Jewel of the far East’, an expedition cruise that charts a 12-night southward course down Russia’s northeast Pacific rim, from the sub-Arctic bleakness of Chukotka to the volcanic grandeur of Kamchatka. This is one of the world’s wildest coastlines and each new day of our voyage brings a panorama more astounding than the last: rugged, frosted peaks; towering sea cliffs; rolling tundra clothed in autumnal golds. And not a ship or a building from one horizon to the next.

Up on deck the wildlife sightings come thick and fast: pods of Dall’s porpoises hurtling past; walruses wallowing in the swell; a grey whale blowing off the bow. For the birders it’s a pageant of delights, with puffins and murrelets commuting to their breeding colonies, shearwaters and storm-petrels dancing in our wake; and albatrosses – both Laysan and black-footed – angling stiff-winged over the waves.

This wild coast offers no ports or harbours, so we anchor offshore and make our landings by zodiac. Rafts of harlequin ducks take flight as we manoeuvre through the surf towards lonely, driftwood-strewn beaches. From one landing, we embark on a longer hike, picking our way over snowmelt torrents and cresting a saddle between ridges to spy whale spouts in the bay below.

Wherever we make shore, brown bears await. Unfamiliar with people, they keep their distance, lolloping off the beaches and away over the slopes.

At one landing, Rodney leads us inland to a raised knoll where we sit for an hour and watch their comings and goings on the surrounding hillsides. One blonde-maned female leads her cubs away from the advance of a massive, chocolate-dark male who, thwarted, rears up to his full height and bellows.

‘Be rigidly flexible’ is Rodney’s mantra, as rough weather obliges some tinkering with our itinerary. But time on deck is never wasted. Quite apart from spotting the wildlife, we enjoy the crew’s lectures on everything from the indigenous peoples of Chukotka to killer whale conservation – and, from Rodney, the logistical challenges of operating an expedition cruise in this remote region. After dinner we repair to the bar, where the ‘Bird Club’ and ‘Gardening Club’ enjoy heated debates about, respectively, the day’s ornithological sightings and its botanical findings.

For many, the trip’s highlight is the Commander Islands, the last of the long Aleutian chain that extends west from the coast of Alaska. It was here in 1741, returning from his Great Northern Expedition, that explorer Vitus Bering met his demise and naturalist Steller discovered the huge, eponymous sea cow. We explore by zodiac, nosing in and out of hidden coves and going ashore on windblown headlands. There are no sea cows – they were hunted to extinction 20 years after their discovery – but we find beaches teeming with northern fur seals and Steller’s sea lions, sea otters basking in the surf and rare red-legged kittiwakes among the seabirds that cram the cliffs. The sunshine is glorious, although the arctic foxes that trot around the beaches suggest a climate that is far from balmy.

Back on the Kamchatka Peninsula we continue south. Now, pods of orcas pass the ship, dorsal fins scything the water, while smoking volcanoes add a new drama to the backdrop. At the mouth of the Zhupanova river we make our final zodiac excursion, exploring upstream. Seals flop off the sandbars and huge, hatchet-billed Steller’s sea eagles fly overhead.

The port of Petropavlovsk marks the end of our cruise. Named after the St Peter, the vessel that carried Bering’s ill-fated expedition, this is where the surviving crew returned, bringing tales of strange wildlife and undiscovered islands.  Times may have changed – today there is an airport, from where we will shortly fly back to our homes around the globe – but after two weeks at sea, having had this wildest corner of the planet all to ourselves, it’s hard to imagine anywhere more timeless.

Want to know more about this expedition cruise?
You can find all the details here.
https://www.wildfoottravel.com/blog/jewel-of-the-russian-far-east