Last year, John Swindell from Wildfoot Travel travelled with his wife just about as far east as he could go for his best adventure so far, the Russian far East. This continues the account of his trip. Day 8 Tigil Lagoon This was a big day in our search for the Spoon-billed Sandpiper. With Russian […] 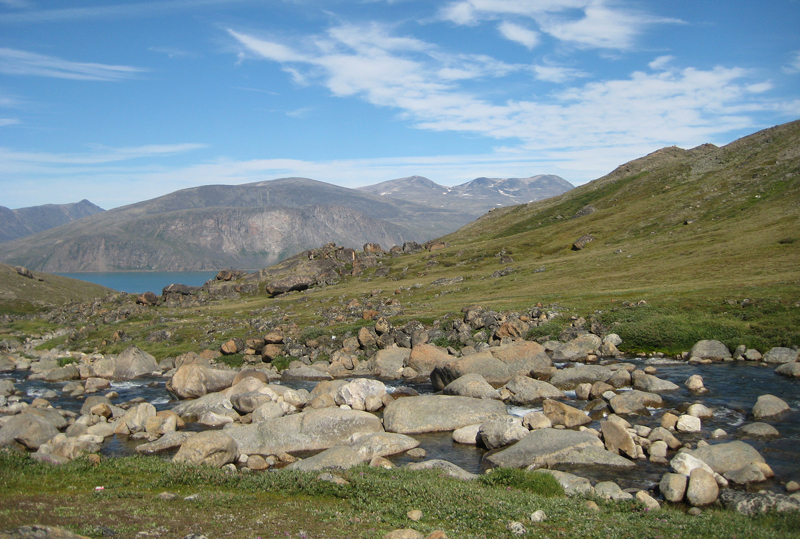 Last year, John Swindell from Wildfoot Travel travelled with his wife just about as far east as he could go for his best adventure so far, the Russian far East. This continues the account of his trip.

This was a big day in our search for the Spoon-billed Sandpiper. With Russian Ornithologists Evgeny and Elena on board, the really serious searching could now begin. We were divided into six teams and the ship was anchored off Tigil Lagoon all day to allow a comprehensive search of the area to cover as much ground as possible in search of this rare and elusive bird. Very early on at 05.30  a scout boat was dispatched into the early morning mist to prospect the search areas. Then, after breakfast, we were split into teams and each allocated an area to search, but unfortunately, landings were postponed until 11.30 due to weather conditions. When we did land, we formed ourselves into a long line. I had a walkie-talkie at one end of the line with one of the others at the other end, probably about 150 yards away. We then carefully swept the area, walking amongst the tussocks, hoping that we might just either flush a spoon-bill, or come across a nest. Despite this being what is considered ideal habitat, and the fact that we walked for several hours, we didn’t find evidence of any ‘Spoonies’. We did see some other birds, including a Willow Grouse and a Pallas’s Reed Bunting. An interesting day, nevertheless – we’ll try another area day after tomorrow.

This turned out to be an absolutely superb day. Early in the morning we approached the fiord of Pavla Bay, one of the most beautiful locations along the Koryak coast. The sun was shining once again and there was just a slight breeze, so even before breakfast, we were out on deck looking at the majestic landscape of mountain ranges, peaks and gullies. Another briefing with three options today. We chose to go with Rodney for a three hour walk up from Pavla to Petra Bay. This really was superb – magnificent rolling scenery, walking through patches of snow, climbing to vantage points and picnicking by a tarn. Then, on reaching Petra Bay, there was the ship, having made it way around, anchored there in the blue water at the end of the fjord. Not only did we get to see a couple of Asian Rosy Finches, but on the hillside we also spotted a very rare and elusive Snow Sheep. We walked down to the shore to be picked up by the zodiacs and then set sail for only about half an hour to where one of the other groups had been birding. This was another of those really interesting but rather sad places. It was the remains of a fish processing factory, which had actually been a labour camp for women convicts in the Soviet era. It is only accessible by sea and there were two watchtowers and lots of barbed wire around, even though attempts at escape would have been futile – even now, there were fresh bear footprints on the dusty tracks. We walked amongst the ruins and the rusting vehicles of this forlorn place, imagining how much worse it must have been in the winter! Spirits were raised a little, however by the sighting of a nest of three young white Gyrfalcons – very rare and very beautiful. Then some Dusky Thrushes, Red-flanked Bluetails  and Little Buntings. It was an incredible day.

By morning we were anchored off the mouth of the Opuka Lagoon. Hopes were high as we were in ideal Spoon-billed Sandpiper habitat today and Grey Whales spouted off the entrance to the lagoon. Off we went after breakfast and spent a long day walking the crowberry spits and moraine hills of this vast area, while the ship shifted to deploy a fourth team at Maliuvieem Lagoon, another spot considered ideal for the elusive ‘Spoonies’. We covered miles of ground, again without success, but it was still really interesting. At one point, we came across an area near the beach where there were masses of whale bones, including huge vertebrae. Also, the remains of a hut used by bear hunters and some bear bones. We did have to retreat a couple of times when bears appeared on the hillside or on the shoreline, sometimes as close as 50 yards or so – these brown bears are not known to be aggressive towards humans and, because of all the hunters, are more likely to avaoid us, but better not to take any chances! A long and busy day out on the tundra!

Check out our trips to Russia and the far East