Yesterday evening we ended with a landing and walk in a really visited location Beach called Faksevagen in the bay of Llomfjoreen. 100’s of year ago there was a glacier in this valley but now only remnants are left as evidence. Whether it’s the currents of the gulf steam or from Siberia there’s an overwhelming […] 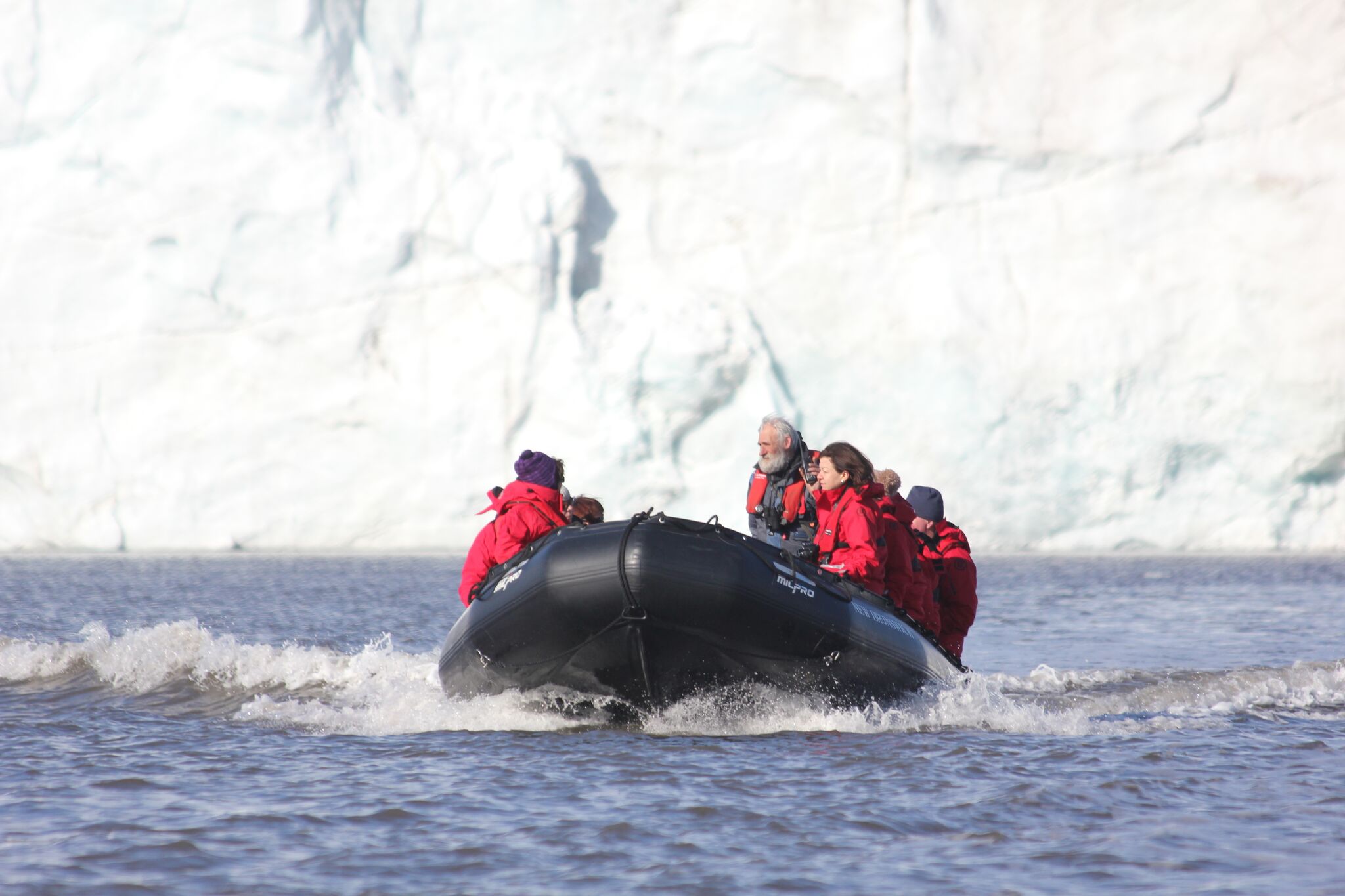 Yesterday evening we ended with a landing and walk in a really visited location Beach called Faksevagen in the bay of Llomfjoreen. 100’s of year ago there was a glacier in this valley but now only remnants are left as evidence. Whether it’s the currents of the gulf steam or from Siberia there’s an overwhelming mass of plastic waste which is washed up of the shores of this archipelago. Lengths of fishing nets seem to be the worse culprit and it’s the end to many a marine animal when it accidentally get tangled up and experiences an agonizing and slow death. But also amongst the litter are bottles, commercial fishing floats, ships ropes, fishing lines, timber of various sizes, crates, polathyne bags. Most expedition vessels have a policy of collecting as much as possible and between a hundred passengers in only 20 minutes we filled two large half ton sand bags – just scraping the surface I’m afraid as we left tons more which we could not manage in the time we were there. The Norwegian government do clear patches but it’s a never ending task with new debris on each tide. We witnessed two lots of dear antlers fast in a fishing net tangled ball where three animals in each had been caught up and died together unable to release themselves. 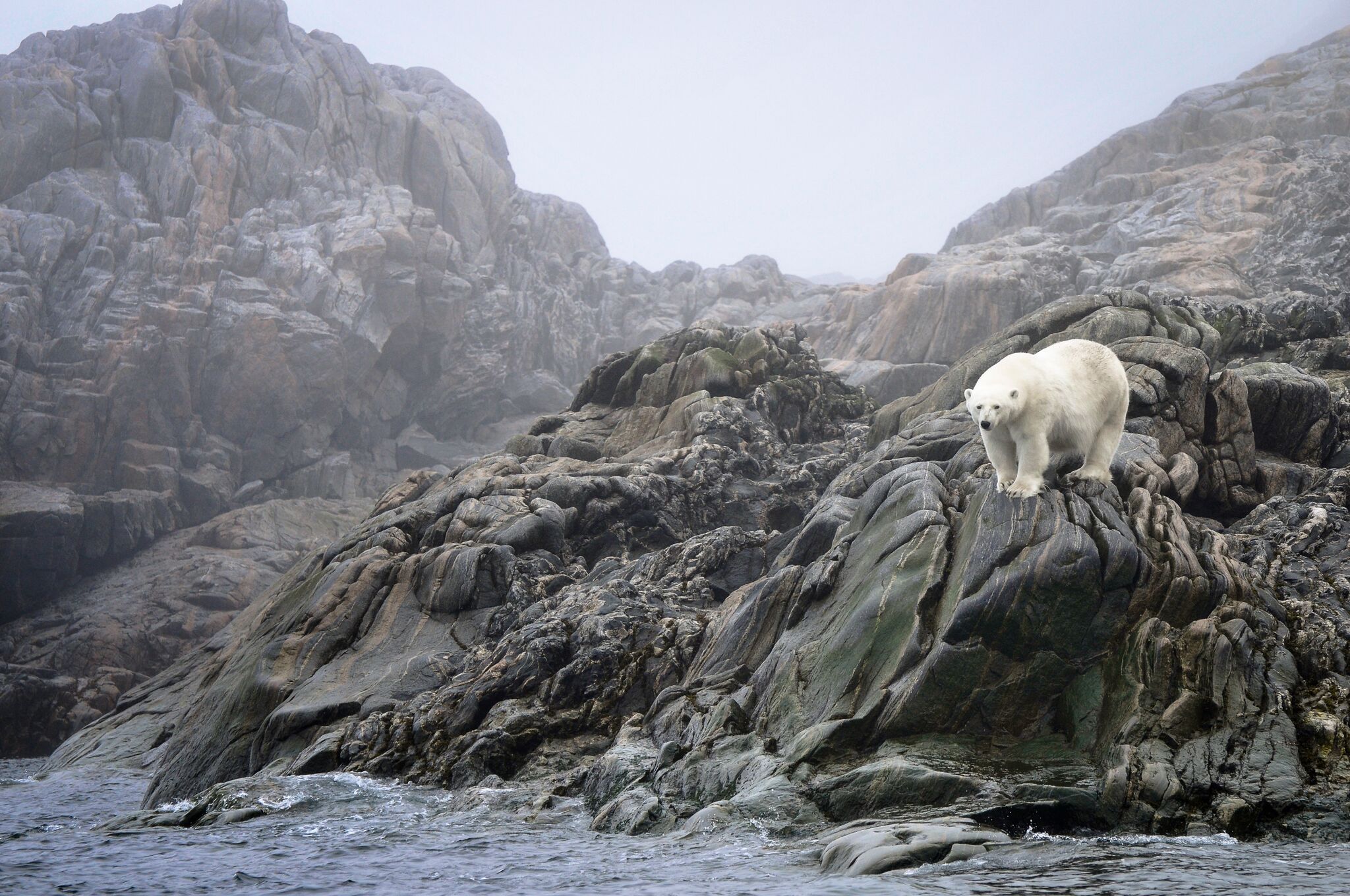 We headed north of Svalbard last night towards the ice edge and only 500 miles from the North Pole. Within a short period we spotted several bears, most minding their own business but one female who was extremely inquisitive she came for some distance sometimes at a canter with great interest. She reached us eventually by which time the captain nudged us next to the ice. This bear showed absolute signs she wanted to investigate holding her nose up as if smelling the remnants of breakfast we had just finished a few minutes before. It was an amazing sight and she performed as if on Que, rolling over, jumping across ice, swimming, sliding and a finally of a roll and stretch on the ice. Absolutely wonderful and the best sighting we could have expected. I was a little worried in the last day or so that our sighting options had been scuppered by weather but this made it all worthwhile. The expedition team team say we have one of the best sightings of the season and although curious bears are out there it’s still quite rare to find one so dead set on visiting the vessel.

As mentioned previously we have greatly benefited and our expedition enhanced by the presence of a historian on board called Paul Harris. Paul is very well published with over 40 books but has great knowledge of Arctic history to present day. For some time the first human to reason the North Pole was a disputed piece of history with at least two separate expeditions fabricating their success when in later years it was proven they had both lied to seek publicity and fortune and were so disgraced. Did you know the first Human to reach the North Pole wasn’t until the 1960’s when an obscure and little known English man called Wally Herbert made an attempt and reached the pole but it was unfortunately for Wally unfortunate that mans first landing on the mood completely over shadowed his brave and courageous achievement and Wally never attained the lime light, recognition and fame he truly deserved.

Frank Todd who as I mentioned previously is a well known Polar expedition leader with over 40 years experience and over four wildlife books published knew Wally very well and shared many an expedition cabin with him Over the years.

Check out our trips an expedition cruises to the arctic here