Wildfoot Travel Ambassador Gay Walker took a long awaited trip to Africa recently, bound initially for the stunning Safari destination of Camp Moremi.Here, in our latest ‘Traveller’s Tale’, Gay give us a first hand account of her adventure along with some stunning photographs. Thank you again for putting together a trip to Africa that was […] 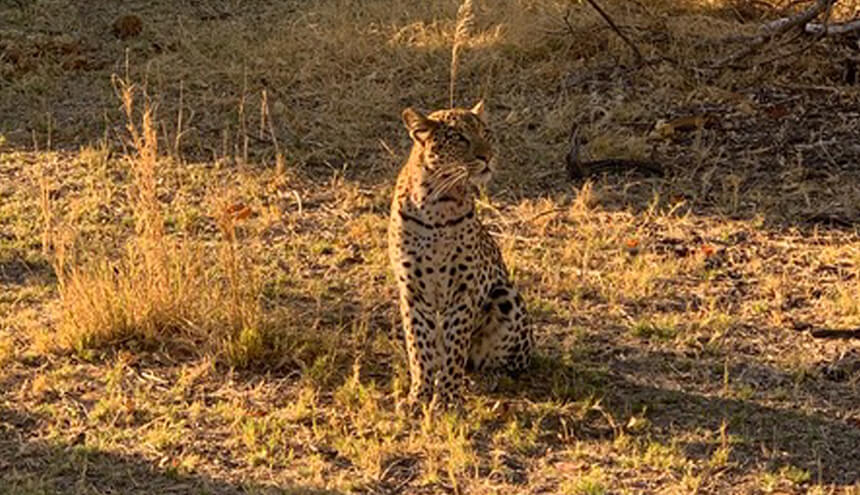 Wildfoot Travel Ambassador Gay Walker took a long awaited trip to Africa recently, bound initially for the stunning Safari destination of Camp Moremi.
Here, in our latest ‘Traveller’s Tale’, Gay give us a first hand account of her adventure along with some stunning photographs.

Thank you again for putting together a trip to Africa that was so much more than we could ever have imagined. It was the best vacation we’ve ever had (and we didn’t think we would ever top Switzerland!), and we’re already dreaming of a return. Our favorite of the safari camps was Camp Moremi, due to the setting, the fabulous camp staff, and most notably, due to our guide, Aaron.
Our last evening at Moremi, we saw three leopards within 30 minutes (photographing leopards is difficult since they blend so well with their surroundings . I won’t include our sorry attempts with iPhones and a Nikon CoolPix camera. I’m sure the other couple in our vehicle did better with their fancy rented set-up). We didn’t radio in one of the leopards because it was “Grandpa” — the oldest leopard in the area. He was sound asleep on the ground in the tall grasses, and could easily have been injured if he wasn’t spotted. (He must have been deaf because he didn’t seem at all aware that we were there.) Aaron had spotted his tracks.
Leopard spotting was followed by sundowners by the water, in the company of elephants, who were just far enough away to be safe.

We would have been satisfied with our day if it ended there, but it didn’t. On the way back to camp, we first passed a giraffe who gave us a picture-perfect pose in the evening light and held it long enough for us to take his photo.

Then, we saw our first wild dogs of the trip — and not just running in the distance. They were right next to our truck. First, they stood staring at something, and then they took off at a run, moving right past us. Then, we saw what had spooked them: they had been standing between a herd of elephants and the elephants’ watering hole. It was a sight to see! (No photo of the elephants, sadly. Once the dogs passed, Aaron was bouncing us along the roads at Mach speed to make it back to the camp gate by curfew. We made it, but with just about 30 seconds to spare.)

The best day of the entire trip, though, was our final day at Camp Moremi, in the few hours before we left for the Chobe Game Lodge. A pair of lions, whom the guides believed to be brothers, had killed a cape buffalo right outside the camp gate two nights before and had kept watch over their kill. One of the lions was having seconds.

We were among several vehicles watching when our guide spotted leopard tracks out of the corner of his eye. We followed them and found a female leopard hiding within 50 meters of the lion, watching and waiting. When she saw us, she used our vehicle as cover to move closer.

The drama got even better when a wild dog, intent on chasing an impala with his herd, stumbled upon the scene. He didn’t notice either the leopard (who certainly noticed him) nor the lion until he was almost on top of the lion. He yelped when he saw the lion, then abruptly changed course. There was no sign that he ever saw the leopard.

When the lion finished eating, he moved off to take a nap, and the leopard cautiously moved in. She took a few bites, then freed what looked like a piece of the liver that she ran off with before she got caught, which was probably smart, since the other lion could have returned at any time.

This last photo is us, at Victoria Falls, just after we swam in the Devil’s Pool. We’re not big selfie people, so we don’t have a lot of photos of the two of us.

Find out more about our trips to Africa here