If I asked you to name one of Earth’s most diverse ecosystems, chances are you’d say the Amazonian rainforest, or a coral reef. But above the Arctic Circle, an impossible amount of wildlife exists in harmony with the bitter cold temperature in a fragile ecosystem that is completely dependent on the changing of the seasons. […]

If I asked you to name one of Earth’s most diverse ecosystems, chances are you’d say the Amazonian rainforest, or a coral reef. But above the Arctic Circle, an impossible amount of wildlife exists in harmony with the bitter cold temperature in a fragile ecosystem that is completely dependent on the changing of the seasons. 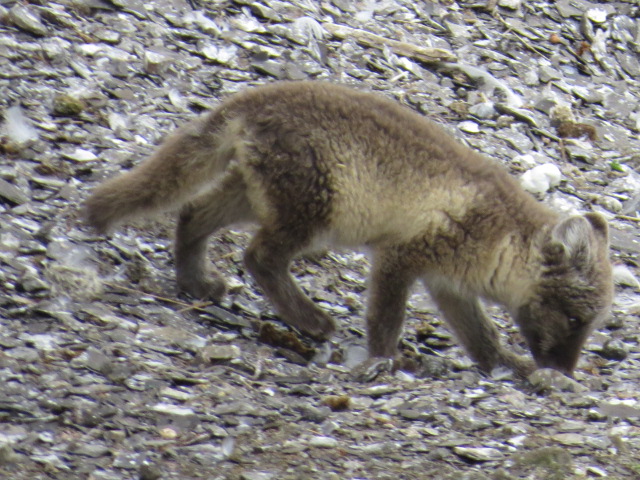 Even this far North, the Sun’s light still is the source of all life; its invaluable source of energy gives life to the freezing oceans of the Arctic. At the bottom of the food chain of this sub-zero ecosystem are the plankton and pelagic crustaceans -open water crustaceans such as small crabs, shrimps and krill- which form the main diet of many larger consumers such as Bowhead whales and Beluga whales. The Beluga whales, like the many seal species found there, also rely on the shoals of fish which populate the vast Arctic oceans. The main species of fish that make up the diet of larger predators such as the whales include Arctic cod, Greenland halibut, salmon and herrings.

On the surface of the ice, seabirds including the Fulmar, Kittiwake, and the Guillemot thrive, living off a diet of fish and other sea creatures like squid. Top predators also roam the ice sheets. The Arctic fox, often hunted by man for its fur, lives off a diet of the seabirds, whereas the famous Polar bear has a diet that mainly consists of various seal species such as the Bearded seal and the Harp seal which make the frozen ice their home.

Various plant species also thrive on the vast frozen land- Arctic willow, Purple saxifrage, grasses and sedge grow, bringing colour to the wild landscapes, and feeding the abundance of Arctic hares which are common in Greenland and the Northeastern stretches of Canada, as are the Caribou- fantastic elk-like animals which can grow antlers up to four feet in width; their cousins the reindeer are found above the Arctic Circle in Europe and Asia, inhabiting some of the most northern forests in the world. Only a few tree species can survive this far north; prolonged exposure to the cold can be fatal, causing the sap of various species of tree to freeze.  Conifer, larch and birch trees have, over the years evolved to survive in the extreme temperatures, making them one of the most common trees to see above the Arctic circle, especially in the Siberian taigas, the ‘snow forests’.

The diverse ecosystems in the Arctic exist and survive as a result of the cold temperatures. With the polar ice melting and less refreezing every year, this puts the many species which depend on the unique environment at risk; the more ice is lost every year, the smaller the amount of habitat is left for the remaining Polar bears, Arctic wolves, and every other member of this diverse, delicate ecosystem.

Find out more about our expedition cruises and other trips to the Arctic here.