What kind of experiences could you have on an Antarctica wildlife cruise booked through WILDFOOT? Our latest set of journal entries should be giving you a lot of insight. It documents the latest trip of one of our senior travel advisers to the region, and day eight proves to be a fine one for whale […] 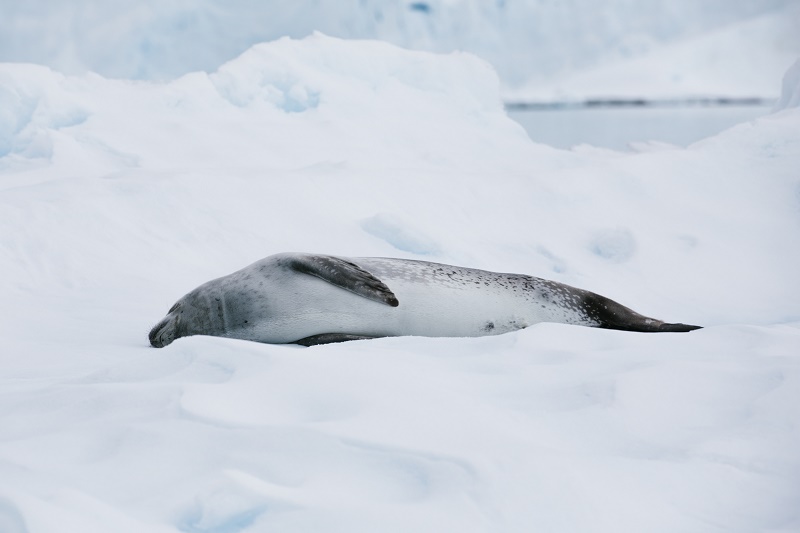 What kind of experiences could you have on an Antarctica wildlife cruise booked through WILDFOOT? Our latest set of journal entries should be giving you a lot of insight. It documents the latest trip of one of our senior travel advisers to the region, and day eight proves to be a fine one for whale spotting.

With weather conditions still in our favour a new plan of action had been formulated overnight, and it had been decided to sail into Wilhelmina Bay for this morning’s activity as opposed to the plan that had been proposed the night before. As I headed out onto deck before breakfast, I was greeted by what I can only explain as what most would consider a ‘classic’ Antarctic scene, dark foreboding snow covered mountains, sea ice and a scattering of ice bergs. Although we didn’t have the bright blue skies of previous days, the light shafts penetrating through thick cloud made for an incredibly dramatic atmosphere. Wilhelmina Bay is renowned for its high densities of whales and true to form the first were spotted before most had dragged their sleepy heads from their beds. On reaching the end of the bay we dropped anchor and the team scouted out the area to see whether the ice sheets were stable enough to facilitate a landing, but unfortunately the verdict was negative and we embarked on a zodiac cruise instead. All eyes were peered for more whales in the glass like water, but it wasn’t meant to be. Nonetheless, we had some great interaction with some Weddell and crab eating seals that took it in turn to play amongst our zodiacs. There was also plenty to keep the birders entertained with nice sightings of the southern giant petrel, Wilson’s storm petrel, blue eyed shag, rock cormorant, south polar skua kelp gull and the Antarctic and Arctic tern. From these, the one that holds the greatest fascination for me is the Arctic tern, which makes a yearly migration to the other end of the world, it is almost incomprehensible how such a small bird can fly over 60,000 miles every year (round trip). 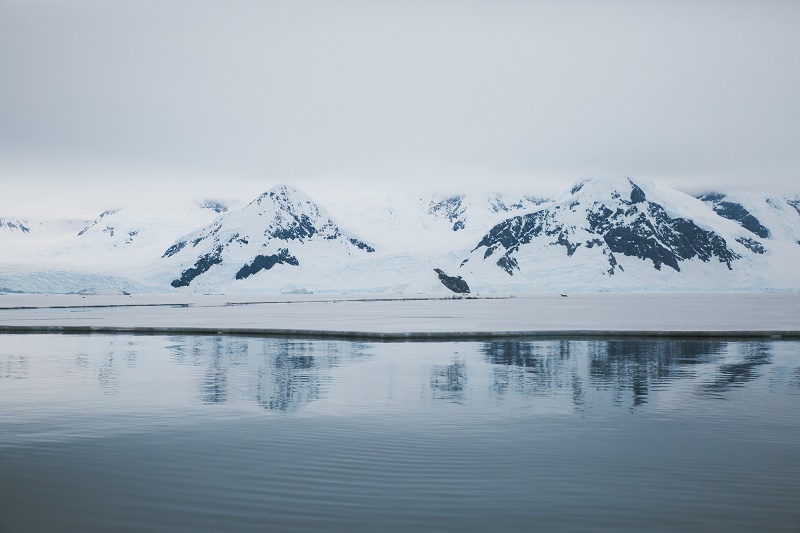 Back on board, I headed out onto deck in search of more whales and it wasn’t too long before another a small group of humpbacks were spotted, but unfortunately they kept their distance so it wasn’t possible to get any clear ID shots. Shortly after lunch there is a call from the bridge to say that a couple of minke whales have been seen feeding at the edge of the sea ice, but typical to their character they are not forward in giving us a display, with only the occasional blow to be seen. 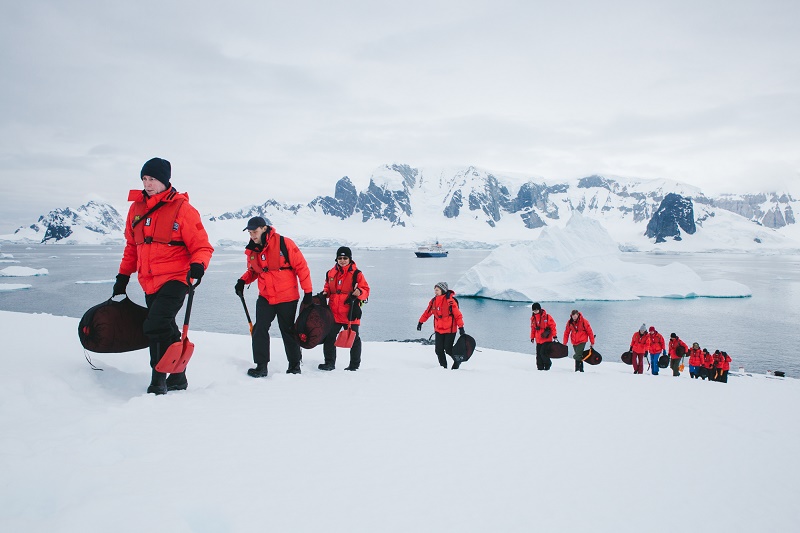 Due to some troublesome ice flows, Plan A is aborted and we work towards Plan B, a landing at Orne Islands. Orne is a small group of islands lying close north of Ronge Island, off the west coast of Graham Land which were first surveyed in 1898 by the Belgian Antarctic Expedition under Gerlache, however the main attraction for us was that it would be our first opportunity to really walk in thick, pristine Antarctic snow. As usual the expedition team land first and mark out a path for us to follow, unfortunately the only suitable route to the top is up quite a steep gradient, but rest assured the effort was well rewarded with terrific panoramic views down the Gerlache Strait. There is something about stepping onto white virgin snow that brings the child out in us all, soon a very playful mood engulfs the group. With the fun and frolics over we head back to the ship for an early dinner, which is a BBQ out on deck. Once again we are astounded by the effort which goes into these occasions with a vat of mulled wine waiting for us, music, bunting tied along the outside deck and most of the waiting staff donning some sort of fancy dress attire. The reason for the early dinner is that it is camping night! Yes, that is right, some of us were crazy enough to sacrifice the warmth and comfort of our beautiful cabins in favour of digging ourselves a pit in the snow and sleeping in a bivvy bag! However, once I had snuggled into my sleeping bag (with a hot water bottle) listening only to the penguins talk amongst themselves I quickly realized I had made the right decision. 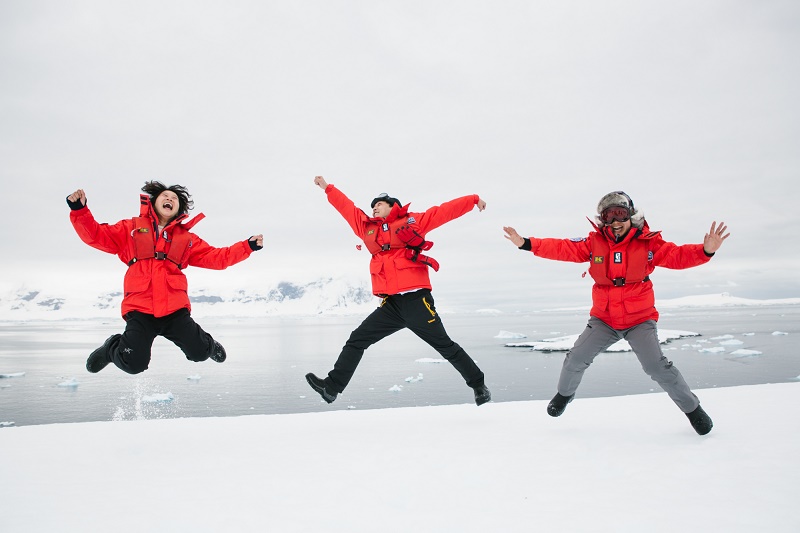 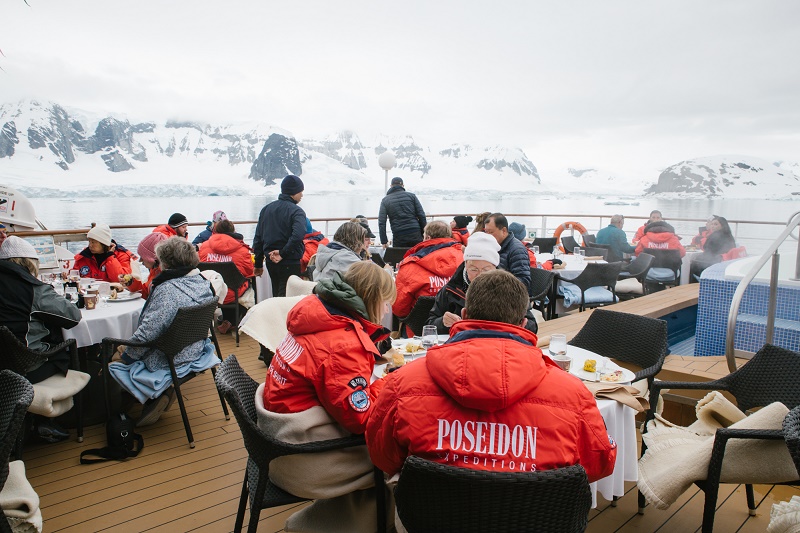 Take a look all our cruises in Antarctica here