The South, and South West coast of England have a distinctly-mesmerising natural beauty.  Moving West through Devon and Cornwall you discover a land rich in wildlife, history and culture. 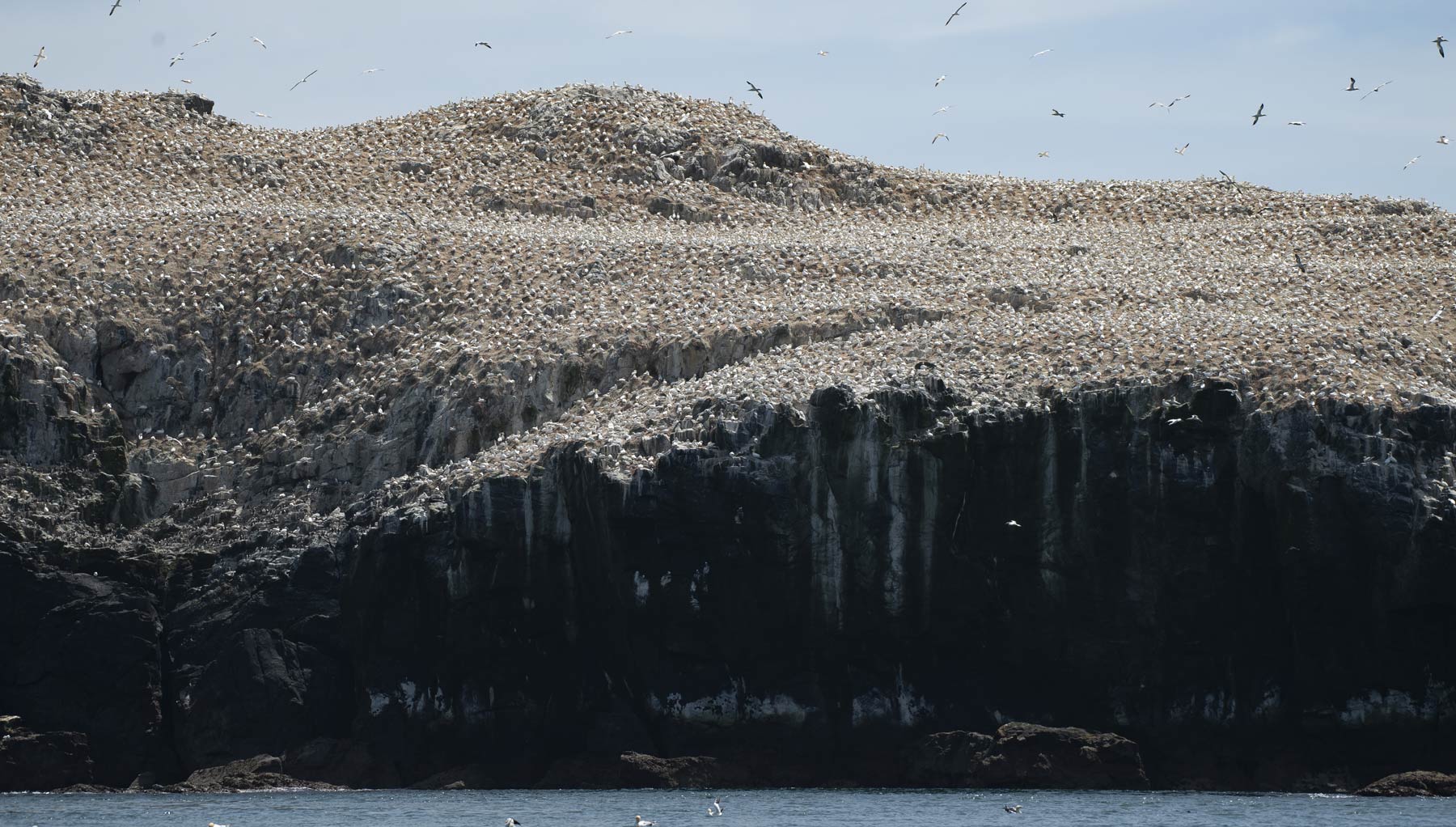 I live in Lerryn, Cornwall, beside the River Lerryn, a lovely little river that flows into the River Fowey. I have a lifelong passion for wildlife photography. These days, I am lucky enough to spend my time shooting images for books, talks, and articles.

Whenever I photograph birds, I am usually surrounded by wildlife of all sorts, so I take those opportunities to snap away at anything else that takes my interest while I can.

My wildlife photography in the UK takes me to many remote and interesting locations, which inevitably lead me to take spontaneous travel shots along the way.

Following birds has taken me all over the world (with the help of Wildfoot Travel) but my local patch is in the South West of England – and it is no accident that I choose to live here.

The South, and South West coast of England have a distinctly-mesmerising natural beauty.  Moving West through Devon and Cornwall you discover a land rich in wildlife, history and culture. As you travel west, the landscape becomes increasingly rugged with huge sea cliffs, dense woodland, rolling hills and peaceful moorlands. Each of these areas is brought to life by its own unique waterways including rivers, estuaries and creeks.

Besides being a natural haven for all kinds of wildlife, this area is also a land of ancient Celtic myths, Arthurian legends, pirates, smugglers, and evidence of a once-thriving mining industry.

Sailing along the rugged coastline, the ports of Plymouth and Dartmouth, retain a fascinating, deeply-ingrained maritime heritage. Further west, the harbour town of  Fowey, (pronounced Foy), has managed to retain its charm despite being a busy commercial harbour. Its deep-water channel is used by many big ships delivering their cargo, which regularly includes China Clay.  The picture-postcard harbour, carrying over 1500 moorings, is bustling with yachts and other small boats. Fowey also welcomes over 6000 visiting yachts and motor cruisers each year.

Over the centuries, Barbary Pirates sailed these waters, along with the Spanish Armada, British Privateers, smugglers and pirates. If that rich heritage is not enough to capture your imagination, the wildlife and the scenery are both outstanding.

The name Fowey comes from the Cornish for Beech Tree, and it is easy to see why. Beech woods line the river upstream and the small creeks and rivers, like the Lerryn, that feed into it. Rare birds like Little Egrets, once only found on the near continent, have colonised these woodlands. The trees and bushes that line the riverbanks also provide a haven for many other birds including owls and kingfishers. The stealthy and patient visitor may even be lucky enough spot an occasional otter.

Spring is a good time to see West Country wildlife at its finest. Birds that migrate to Africa for the English winter like wheatears and fly catchers begin to return. Whilst overshoots of rare Mediterranean birds like Hoopoes and Bee-eaters can often be witnessed.
Sea birds who have spent the long-winter traversing oceans, return to our waters to breed. Gulls, guillemots, razorbills, and puffins take their place back on the islands and cliffs. Gannets nest in spectacular colonies and fulmars, shearwaters, and petrels also begin to reappear.  Whilst on land, wildflowers abound.

Moving further west there is a feast of wildlife photography opportunities on offer, with chances to see dolphins, porpoises, and basking sharks. Minke and Humpbacked whales also navigate these waterways.

Trips to historic towns, derelict mines, lost gardens and wildlife-rich moorlands, offer the chance to make your own discoveries. The South West Coast Path is a continuous footpath, stretching over 600 miles long.  This well-managed pathway holds something for everyone, from short walks to long hikes which can include sightings of even more migrants and resident birds.

The picturesque, secret-bays and idyllic, tiny beaches in this area have been used for many film sets (including Poldark) and there is always the chance to see a seal that has hauled out to enjoy a well-earned rest on the golden sand.

Evidence that the reintroduction scheme is working well, the county bird of Cornwall, the Chough, is spotted with increasing regularity and can be easily identified by its red beak and red legs.  Peregrine falcons haunt the cliffs, and as the countryside squeezes towards Land’s End, rarer and rarer birds are regularly spotted. Birds like the Sociable Plover which should have been in Kazakhstan, turned up near Land’s End recently.

Following the coast as you travel further west, the historic port of Falmouth appears. Travelling onwards unveils the tiny fishing villages of Coverack and Cadgwith, before reaching the most southerly point of mainland England, The Lizard peninsular.

Then on to St Michael’s Mount, Penzance, the working fishing port of Newlyn and the beautiful village of Mousehole towards Land’s End. Beyond that, the USA is the next stop at just over 4000 miles west.

Twenty seven miles off the coast is the possibly the jewel of the Southwest. The Isles of Scilly. These remarkable islands bask in a sub-tropical climate, helping to create their stunning beauty. This is a place of flowers and shipwrecks.

In the days of square-rigged sailing ships, the islands were a magnet for wrecks. These days they attract the wrecks of birds. Each year, migrating birds that overshoot their European destination, often ending up on the isles of Scilly.
In Autumn, birds that migrate south from Siberia to South Asia can become disoriented in bad weather. Losing their bearings, they hit Britain, travel south and end up on the Scillies. The same is true of American birds that migrate south from Alaska, often getting caught in westerly gales and landing in the isles of Scilly.
Every autumn hundreds of birdwatchers visit. It is said that you have more chance of seeing rare waders here than on their nesting sites in Siberia or Alaska.

As the Spring arrives, flowers grow, puffins nest, terns return, and seals are common. Bringing the beaches back to life, revitalised in a display of natural colour and activity. Perfect for wildlife photography.

Turning east back towards land, you begin to follow the north Cornwall coast. Here it is easy to see how the full force of the west winds, and the powerful seas they create, have carved out the imposing landscape. Towering cliffs, extensive beaches (ideal for surfing) and smaller, wilder bays pepper the coastline.

Lying off the coast of Devon, the island of Lundy is an old pirates’ haunt. It is surrounded by one of the UK’s first marine nature reserves, an area of water protected from overfishing, where underwater life thrives. A small colony of puffins still exists and once again migration is a good time to visit.

Although technically outside ‘my patch’, travelling north towards the headland of South West Wales, your reach the stunning islands of Skomer and Skokholm and the uninhabited island of Grassholme the nesting place of puffins and Gannets.

Of course, it is possible to travel onwards right around the UK, unlocking countless opportunities for wildlife photography. North through the Celtic Sea, a known hotspot for sightings of huge numbers of dolphins. On past the Welsh coast to the Isle of Man and up to the coast cost of Scotland. Then on to the islands of the Inner and Outer Hebrides, and beyond where the Orkneys and Shetland await.  The sea birds change as you go, with more kittiwakes, more predatory Skuas and more chance of seeing birds from the far north.

But that is not my local patch!

Check out all our expedition cruises in the British Isles