So warm today, it is hard to believe we are walking around above the Arctic Circle in T-shirts. This often happens in the Arctic summer, but it really cools down when the sun goes down later in the evening. 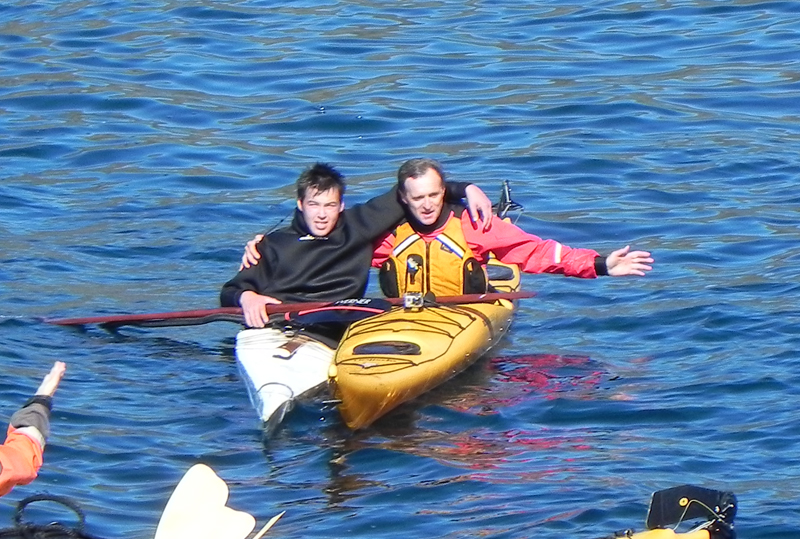 John from Wildfoot travelled in August from Iqaluit on Baffin Island to Kangerlussuaq in Greenland on one of the company’s Arctic holiday cruises to the Canadian Arctic and Greenland. This is a log of his experiences. 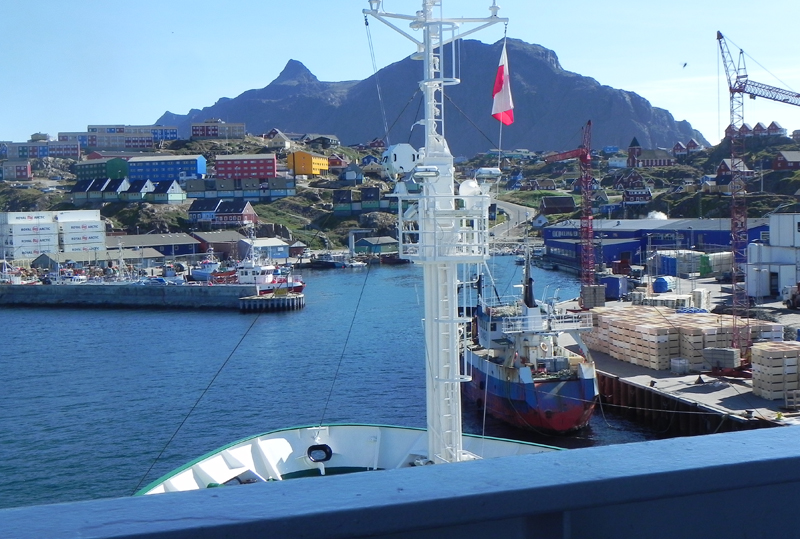 Luxurious late call for breakfast this morning, because we are at sea until lunchtime. Just as well, since I ended up in the bar even later than usual last night with Huw, one of our lecturer guides and Cristian, a professional photographer. Cristian is just coming to the end of a project to travel around the Arctic Circle photographing people who live and also visit the Line. Should be an interesting publication.

During the morning, we had the results of the on board photo competition for pictures taken on our Arctic holiday cruise, with some great entries and, afterwards, a final lecture on Arctic exploration.

The afternoon was spent in Sisimiut, the second largest city in Greenland, after the capital, Nuuk, but still with a very small town feel. The weather is amazing today, bright sunshine and really warm – I never would have expected to be walking around in a t-shirt on the Arctic Circle. The town is pretty typical with a busy fishing port and lots of bright, colourful buildings. Also, an interesting museum, consisting of several buildings, each depicting different aspects of Greenlandic life. Before we left, we were treated to a display of kayaking by a local, who demonstrated his skills in the water alongside the ship. Our ships doctor then joined him – he turned out to be a bit of an expert himself, having been an Olympic medallist with the USA team in Los Angeles!

Back to the ship and pre-dinner drinks on deck in the evening sunshine. After dinner, the very funny results of the on-board limerick competition. Over 80 entries from such a small passenger complement is pretty good and these had been whittled down to just 12. Limerick writing is actually quite difficult! I had managed to come up with three and one of these made the final cut, but was not the winner. An excuse for a consolatory beer.