Recent vist to the Scottish Birdfair

Simon & John from Wildfoot Travel spent a great weekend up near Edinburgh at the Scottish Birdfair. Photo courtesy of Ipoh kia(CC No Derivatives) This is an event that is only in its third year and although it is principally directed towards birders, it is very much promoted as a fair for all nature-lovers with […]

Recent vist to the Scottish Birdfair

Simon & John from Wildfoot Travel spent a great weekend up near Edinburgh at the Scottish Birdfair. 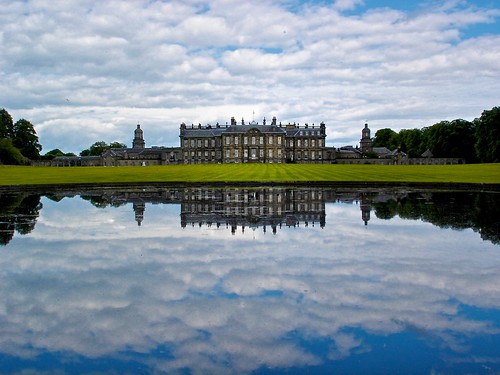 This is an event that is only in its third year and although it is principally directed towards birders, it is very much promoted as a fair for all nature-lovers with stands and talks covering bat conservation, botany, bee-keeping, the reintroduction of beavers and other charities and special interest groups as well as birding organisations. It is also very much orientated towards families, set in the grounds of the impressive Hopetoun House, one of the finest stately homes in Scotland, itself a popular destination for days out in the area.

Of course virtually all visitors to such an event are going to be interested in the natural world and, as the only company there offering details of polar expeditions, we attracted a lot of interest, after all, every nature lover would like to see polar bears and penguins in the wild, as well as all the different species of birds that can be seen in Antarctica and the Arctic.

We shared our marquee with a number of wildlife artists whose drawings, paintings and photographs were absolutely amazing. Many of these featured birds and mammals found in polar regions and visitors were able to contrast these with the images shown on our video, which was running on a loop on our stand and further whetted the appetites of potential visitors.

For this fair, we did have itineraries of special interest to Scottish residents. At the start of the Arctic season, a small number of ships position up to Spitsbergen via Scotland, so this is the one part of the UK where expeditioners do not have to fly to pick up their ship. Two ships each year pick up in Aberdeen, sail via Fair isle and the remote Jan Mayan Island, both of which have massive sea-bird colonies and up to Spitsbergen, where they visit the southern part of the island before disembarking at Longyearbyen. Another ship departs Leith, Edinburgh’s port, and sails across to Norway on a 15 day itinerary which takes in the Norwegian fjords, the spectacular Lofoten Islands,within the Arctic Circle and then also sails up to Spitsbergen to commence its summer season in Svalbard.

With another expedition ship, Wildfoot Travel also offers an 11 day Wild Scotland sailing from Oban on the west coast of Scotland, via the Hebrides, Orkney and Shetland Islands, to Aberdeen. This ship then also travels up via Norway toSpitsbergen. On all these itineraries, passengers will see myriad seabirds, whales and seals and also visit remote archaeological sites.

We enjoyed our weekend at the Scottish Birdfair and were especially pleased to have the rare opportunity to meet with some existing customers and many who, hopefully, will become customers.